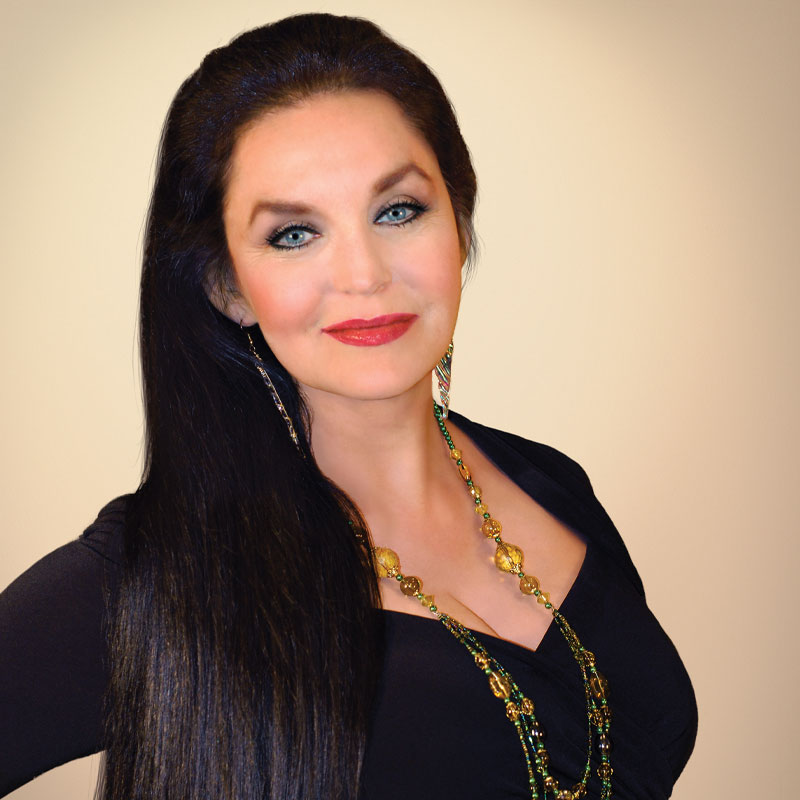 NASHVILLE, Tenn. – Rarely do first takes on a song become the master tracks for an artist, but that’s how chart-topping history began for Crystal Gayle’s “Don’t It Make My Brown Eyes Blue.” Now, four decades later, Gayle’s signature hit marks its 40th anniversary since its release on June 24, 1977.

“I did not re-sing it. It just fell into place beginning with Pig Robbins’ opening work on the piano. It was magic in the studio that day,” Gayle said with a smile.

“Don’t It Make My Brown Eyes Blue” opened the world’s eyes to Gayle. The crossover smash earned her a Grammy® Award for Best Female Country Vocal Performance and also made her album We Must Believe In Magic the first by a female country artist to go platinum. She was awarded CMA Female Vocalist of the Year in 1977 and 1978, and the Academy of Country Music honored her with the same award in 1976, 1977 and 1979.

“It opened up so many doors that I couldn’t do everything that was offered for me to do. I was offered so many television specials. I hated turning anything down. It was only me, and I couldn’t do it all. To be in California one night, and they would want you the next night in New York — I couldn’t do that constantly. But I did as much as I could,” she told Billboard in 2014.

“Don’t It Make My Brown Eyes Blue,” became an iconic staple and solidified her as one of the top female vocalists during the 1970s and 1980s. Gayle is currently putting the finishing touches on a new album that will include some of her favorite classic country songs of all time.

ABOUT CRYSTAL GAYLE:
Grammy®-winning songstress Crystal Gayle is an award-winning country music icon whose reign in the music business includes 20 No. 1 country hits, six albums certified Gold by the RIAA and the first female artist in country music history to reach platinum sales with her 1977 album, We Must Believe in Magic. Her list of platinum and gold was to be matched only by her awards and accolades. CMA’s “Female Vocalist of the Year,” for two consecutive years, she became a Grammy® Award Winner for “Best Female Vocal Performance,” thanks to her beloved “Brown Eyes” – a song that she today admits she has never grown tired of singing. Crystal swept the Academy of Country Music Awards for three of their “Top Female Vocalist” statuettes. She is the recipient of three “American Music Awards,” voted by the nation as America’s “Favorite Female Artist.” Perhaps nothing sums up Crystal’s career achievements as well as being awarded with a star on the fabled Hollywood Walk of Fame in October 2009. Also famous for her nearly floor-length hair, she was voted one of the 50 most beautiful people in the world by People Magazine in 1983. Gayle also has a star on the Hollywood Walk of Fame near Lynn’s star. In August 2016, the Academy of Country Music honored Crystal with the Cliffie Stone Pioneer Award during the 10th Annual ACM Honors. Gayle was inducted into the Grand Ole Opry in January 2017 by her sister and Opry legend Loretta Lynn. For more information, visit crystalgayle.com. 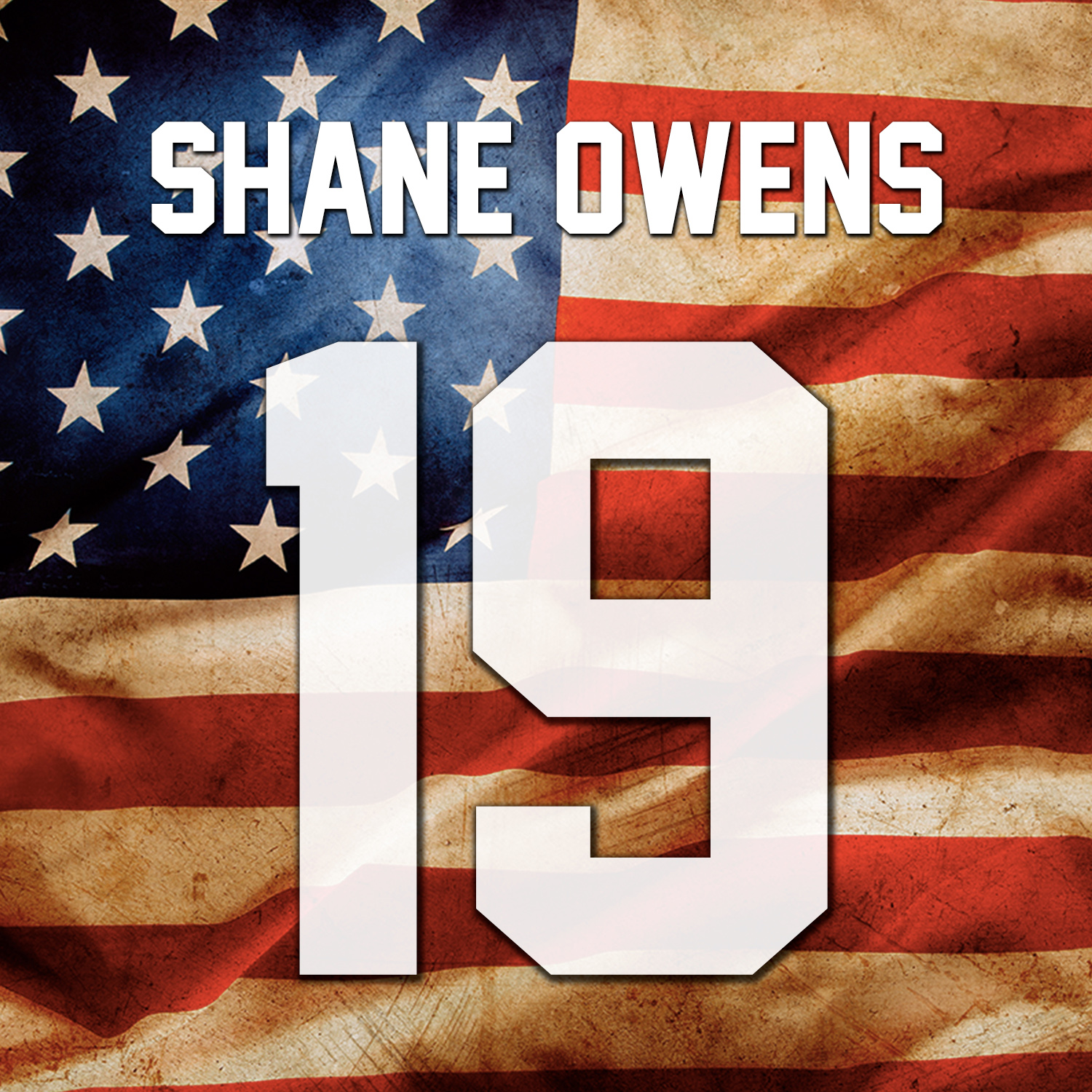 NASHVILLE, Tenn. – Shane Owens’ patriotic tribute song, “19” will pull at your heartstrings. Arguably one of the best written songs about our military, the lyrics are a sobering reminder of the dangers our military members face every day. Click here to purchase “19.”

Fans of Owens can also catch his song “Country Never Goes Out of Style” in Season 3 of the Netflix original series “The Ranch”, starring Ashton Kutcher, streaming June 16.

“19” tells the story of a local football star signing up for the military straight out of high school following the terror attacks on September 11, 2001. In the end he pays the ultimate sacrifice as the song alludes to a life cut short. Written by Jeffrey Steele, Tom Hambridge and Gary Nicholson the song brings to life an important message about the true American heroes, rarely heard on the radio today.

The song is connecting with audiences everywhere, getting high praise from military families. Nearly every live performance of “19” has Owens’ hearing another story of personal loss reminding us this story is being lived out in cities and small towns all over this country.

“It’s the song, “19” that helps the listeners to remember there are those who are willing to give up high prospects and opportunities in life to serve for our nation and her freedoms! As a person living overseas in a US Army community and the widow of a fallen Soldier, I have daily reminders of the fine folks who serve and the families who sacrifice every day in the service of our nation and her people. Shane, your song reminds the high percentage of other Americans, who sometimes don’t have the daily reminder, to remember and be thankful! Thank you Shane Owens for singing and helping keep the memory alive of the fallen while being a positive reminder of the sacrifices of our freedoms as Americans,” said Nickayla Myers-Garner, Army widow living in Hohenfels, Germany.

The Neo-traditional country singer is always looking for ways to support our military. Owens is donating 100% of net proceeds of this single to the TAPS organization. The TAPS organization offers help, hope, and healing to all those grieving the death of a loved one serving in America’s Armed Forces. Owens recently performed “19” on Fox & Friends over Memorial Day weekend as a tribute to our service men and women, and to highlight the TAPS partnership. Click here to watch his performance.

ABOUT SHANE OWENS:
Recently named by Rolling Stone Country as one of “10 New Country Artists You Need To Know,” Shane Owens has been building a strong following across the Southeast for more than a decade. His powerful vocal range combined with the emotional lyrical content of his songs has made him a favorite of fans, critics, and his fellow artists alike. After starting his career by opening shows for dozens of major stars in the mid-2000s, the baritone performer attracted the attention of Nashville music executives, and he soon landed a record deal. However, with all the changes in the music industry at the time, his album was shelved and never released. Just like the ‘Never Give Up’ mantra of his lyrics, Owens picked himself up and moved on, thanks to famed producer James Stroud (Tim McGraw, Aaron Lewis, Clint Black), who produced his new album, Where I’m Comin’ From with Country music legend Randy Travis and industry executive Steve Popovich, Jr. as executive producers and mixed by Ed Seay (Blake Shelton, Martina McBride, Alabama). For more information about Shane Owens, visit www.ShaneOwensCountry.com.