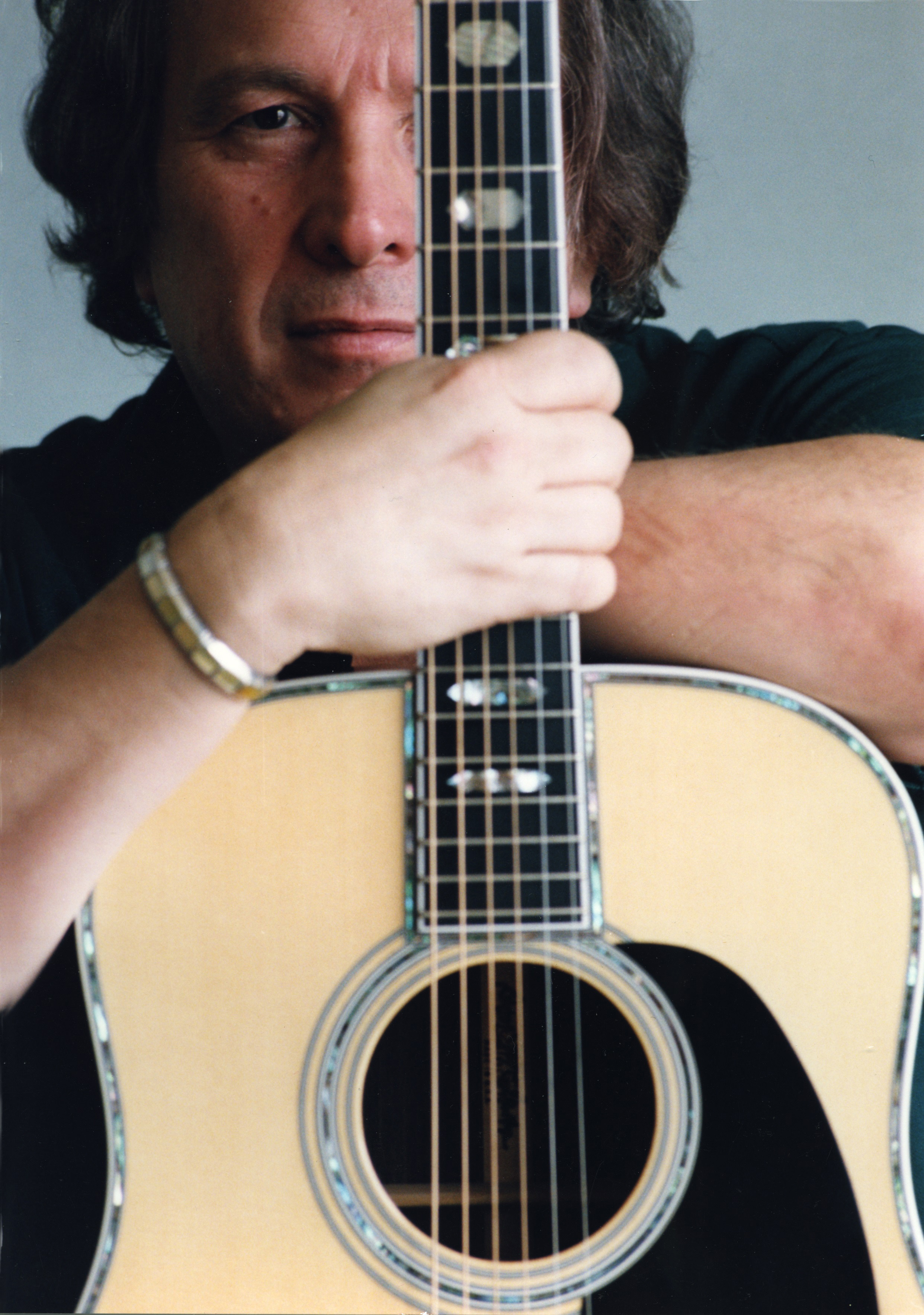 Don McLean, one of America’s greatest singer-songwriters, will continue to bring his music to stages across the world stage in 2018 with the announcement of concerts in Ireland, United Kingdom, and, of course, the United States. In addition, McLean will soon announce the release of new music.

Most recently McLean rereleased his classic ‘American Pie’ album in celebration of its 45th anniversary in both CD and vinyl formats. The inspiration for the title track hit McLean on February 3, 1959, when a chartered aircraft crashed in Mason City, Iowa just minutes after takeoff claiming the lives of Buddy Holly, Ritchie Valens, J.P. Richardson – “The Big Bopper” – and the pilot, Roger Peterson. The fateful day was coined “The Day The Music Died” by Don McLean and spanned his hit “American Pie.” The song was released in 1971 and spent four weeks at No. 1 in 1972. In 2001, thirty years later, the Recording Industry of America named the it the fifth greatest song of the 20th century. 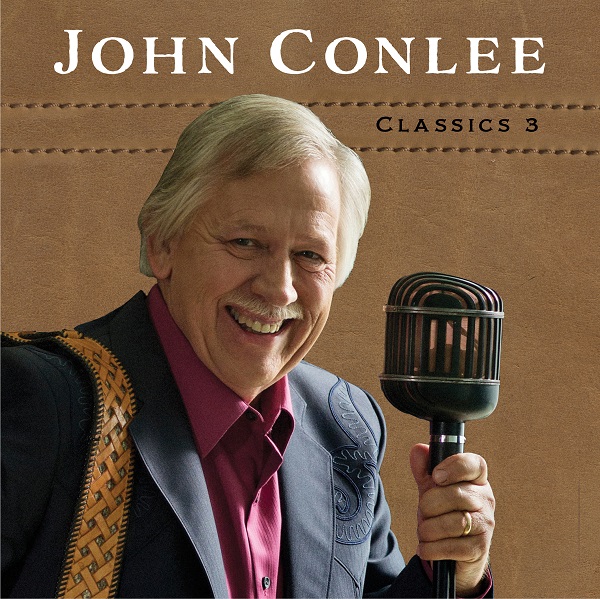 Country music hitmaker and Grand Ole Opry member John Conlee shows no signs of slowing down, at age 71, with the announcement of a new album, Classics 3, which will include some of his signature hits as well as a few new cuts. The project is slated for release Friday, January 26 on his own Rose Colored Records, and is currently available for presale through his website and iTunes.

“I can’t wait for you to hear the new Classics 3 CD.” said Conlee. “I’m particularly anxious to hear what you think of the new music on it. Enjoy!”

Classics 3 has the undeniable essence of John Conlee throughout with previous hits on the album including “Working Man,” “The Carpenter,” and his No. 1 single “Got My Heart Set On You.” The project boasts two tracks written by Songwriter’s Hall of Fame member Hugh Prestwood, “Learning How To Love” and “Unborn Voice,” as well as a rendition of Merle Haggard’s “Jesus Take A Hold.” Work by esteemed songwriter Rory Feek makes an appearance on the album with “A Bible and A Belt.” Conlee also creates his own version of Guy Clark’s “The Carpenter.” The twelve-track project is the third and final installment of Conlee’s Classics CD set.

ABOUT JOHN CONLEE:
Kentucky native and Grand Ole Opry member, John Conlee, has one of country music’s most recognizable voices. Self-penned and signature hit “Rose Colored Glasses,” was the first of over 30 hit singles, most of which charted in the Top 10 or better. Some of the songs from the John Conlee hit list include “Back Side of Thirty,” “Lady Lay Down,” “Friday Night Blues,” “Common Man,” “I’m Only In It For The Love” and “Domestic Life.” All of Conlee’s hits have that unmistakable common thread – that unique voice. In 2015, Conlee released Classics 2 that includes a tribute to law enforcement titled “Walkin’ Behind the Star,” and in 2018 Classics 3 will be released. 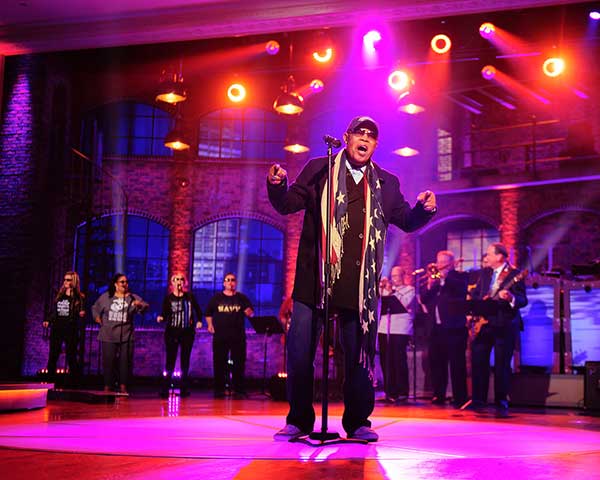 SAM MOORE CELEBRATES 50th ANNIVERSARY OF HIS HISTORIC ANTHEM “SOUL MAN” HITTING #1 ON MULTIPLE CHARTS
Sam (Moore) and Dave (Prater Jr). made a major cultural impact as one of the most successful “crossover” acts of their era influencing everyone from The Beatles and The Stones to Bruce Springsteen, Bon Jovi and, of course, The Blues Brothers. The impact of their unique call and response sound and style continues to do so today. The duo’s legendary hit single “Soul Man,” which was written by Isaac Hayes and David Porter, with a little help from Sam, released on the historic Memphis based Stax Records label, hit #1 on Cashbox’s Pop Charts November 11, 1967 – 50 years ago. The single also topped the Billboard Hot Black Singles chart, #2 on the Billboard’s Hot 100 and #2 in Canada.

“Soul Man” earned other distinctions. It was the first song written with the words ‘soul’ in its title and the first time the words “soul” and “man” were coupled together in English language usage.

In addition to Moore’s golden “Soul Man” anniversary celebration, his exposure and recognition is not slowing down! “Wrap It Up,” the b-side to the duo’s hit single “I Thank You” released in 1968 has been selected by Subway for their 2017 Reuben Sandwich commercial campaign. Click youtu.be/f5onlS9XceA to watch the commercial.

The Legendary Soul Man™ has just released his latest album. Sam Moore: An American Patriot, available for purchase including downloads on iTunes, Amazon, and more. You can tune in to TBN’s Huckabee this weekend to see Sam perform “God Bless America,” “Soul Man,” and “Lift Every Voice,” as he continues his promotion of this album project.

The album was inspired by Moore’s performance of “America the Beautiful” on the steps of the Lincoln Memorial, where his dear friend and inspiration Dr. Martin Luther King, Jr. stood 53 years earlier and delivered his famous “Dream” speech.

Moore believes that music is the universal language that knows no boundary or color and was the best way for him to take a stand and make an impact in helping to bring the country he loves back together.

Enlisting the skills of renowned producer, arranger and songwriter, Rudy Perez, a Cuban refugee, who, with Moore has crafted An American Patriot with the goal of recording versions of iconic American anthems like they’ve never been done before. In Moore’s recognizably unique style, he has recorded classics such as “Battle Hymn of the Republic,” Lee Greenwood’s “God Bless the U.S.A.,” and Marvin Gaye’s “What’s Going On.” In addition to the traditional songs, the album also features new songs such as “Show For You,” the 2017 Department of Defense Warrior Games anthem, “Peace Please,” and “Land of the Free.” It is with the hope of rekindling love of country and each other that Sam Moore: An American Patriot is offered.

ABOUT SAM MOORE:
Sam Moore found musical fame as one half of the ’60s powerhouse duo Sam & Dave. With 1967’s hit “Soul Man,” the duo found lasting fame, defined a genre, and altered the course of music history. Their signature sound influenced a diverse array of musical talents, including Al Green, Michael Jackson, Lionel Richie, Tom Petty, Phil Collins, Elvis Costello, Billy Joel and so many others. Sam & Dave’s music and personas inspired the film The Blues Brothers, and other hits like “Hold On I’m Coming” have appeared on the soundtracks of more than a dozen films. Moore, 81, continues to record and perform to critical acclaim as a solo artist and as a guest performer for dozens of his musical friends. The Legendary Soul Man recently accepted a position as Artist in Residence at Florida International University as part of the College of Arts, Sciences & Education Humanities Project.