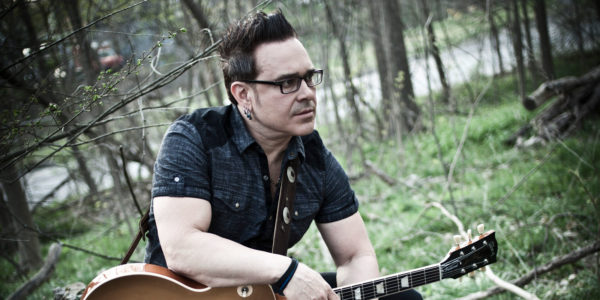 NASHVILLE, Tenn. – After a successful, long-time career as a band member, Patrick James is exploring his talents as a solo artist. James – former member of groups such as Pound, Flywheel and Four By Fate – is excited to take on the new challenge and express himself as an individual. With his new solo project, the Patrick James Band, individuality is exactly what‘ll be on display for his debut performance at 3rd and Lindsley on Wednesday, June 13 at 6 p.m. CT. Admission is FREE and open to the public. To reserve tickets, please click here.

Patrick James is known for such award-winning hits as “Upside Down” which reached #15 On the Billboard charts from his band Pound (Universal/Island Records). Also, his production and writing on Sugar Red Drive’s debut single “One More Time,” reached #30 on the Mediabase Active Rock chart. The lead off single from Rachel Lorin’s debut song “I Hate You,” was also written and produced by Patrick James, and reached #39 on the Mediabase Active and Mainstream Rock charts. Patrick also wrote four songs on Relentless, the latest album from Four By Fate.

Patrick James (vocals, guitars) assembled a first-class list of band mates in John Regan, Peter Gallinari, Sandy Gennaro, Andrea Young, Smith Curry and Jeremiah Richey. Each come with stellar resumes, having toured and/or recorded with many legendary artists over the course of their careers.

John Regan is a founding member of Ace Frehley’s band Frehley’s Comet, and whose also recorded and performed extensively with Peter Frampton from 1979-2011. Regan also laid down bass tracks with Mick Jagger & David Bowie on “Dancing In The Streets” for 1985’s Live Aid.

Smith Curry has a laundry list of household names in music that he has either recorded or performed with during his career including Dolly Parton, Jason Aldean, Kid Rock, Keith Urban, and Randy Travis just to name a few.

Sandy Gennaro’s touring and recording credits include collaborations with Cyndi Lauper, Joan Jett and the Blackhearts, Bo Diddley, The Monkees, and The Mamas and Papas.

Andrea Young has toured and played on sessions throughout the U.S. & Europe backing such artists as Lady Antebellum, Bo Bice, George McCorkle (of the Marshall Tucker Band), and Kenny Olson (of Kid Rock). She has also opened for Darius Rucker, Brooks & Dunn, Jason Aldean, and Charlie Daniels.

About Patrick James Band:
Patrick James has been a longtime member of groups such as Pound, Flywheel, and Four By Fate. He is known for such award-winning hits as “Upside Down” which reached #15 on the Billboard charts from his band Pound (Universal/Island Records). Also, his production and writing on Sugar Red Drive’s debut single “One More Time,” reached #30 on the active rock Mediabase chart. The lead off single from Rachel Lorin’s debut song “I Hate You,” was also written and produced by Patrick James, and reached #39 on the Mediabase Active and Mainstream Rock charts. Patrick also wrote four songs on Relentless, the latest album from Four By Fate. 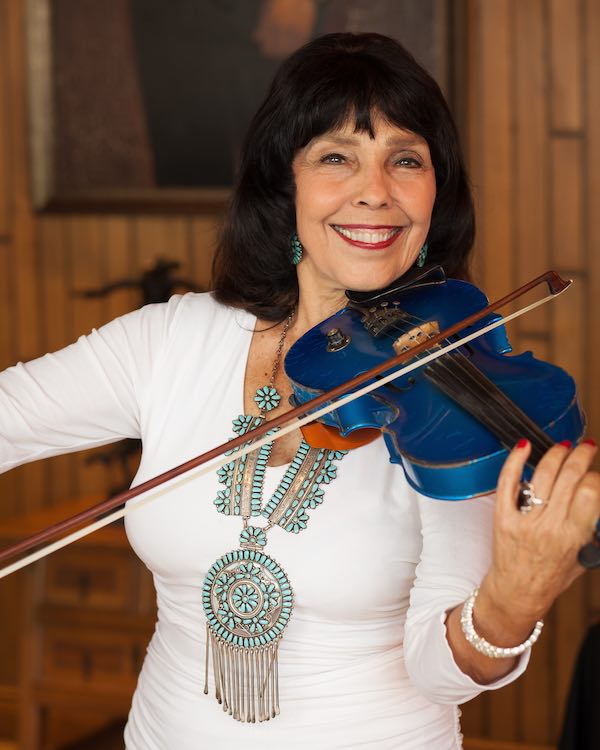 NASHVILLE, Tenn. – Beloved country music instrumentalist and former Hee Haw co-star Jana Jae is set to host her annual Fiddle Camp during the American Heritage Music Festival in Grove, Oklahoma from June 7-9. As part of the Grand Lake Festivals, a 501c3 group that Jana Jae founded, the organization promotes artistic endeavors through the festival with education, workshops and concerts. The event – now in its’ 21st year – brings hundreds of participants together from over 35 states, sharing music for three days on three stages with headliners to novices in the Grand Lake National Fiddle Fest, the “Bluegrass to Bob Wills” Band Showdown, and jamming on the lake stage. The winner of the Grand Lake National Fiddle Fest will receive a $1,000 grand prize. Attendees will have plenty of chances to participate with each other in jam sessions and performing amongst their mentors! To download the complete schedule of events, please click here.

Jae is also honored to be performing and judging in the mother-contest of fiddling, the National Oldtime Fiddler’s Contest, taking place during the Weiser Fiddle Festival in Weiser, Idaho from June 19-23. The festival is set to draw over 200 fiddlers from around the country. Jae credits her experiences at the Weiser Fiddle Festival for her inspiration to learning many styles from different fiddlers nationwide.

From there Jae will embark on a two week tour through Romania, marking the 50th country in the world she has performed in. Jae will be playing alongside her Gypsy Swing Trio during the annual Gypsy Week in Sighisoara, Romania. Her performances will also include collaborations with Romanian gypsy dancers, and concerts with her International String Quartet in the mountainous regions of Predeal, near the famed Dracula’s castle in Transylvania.

After Romania, Jae’s trademark Magic Blue Fiddle will once again be put to good use when she reunites with several of her former Hee Haw cast members for a Kornfield Friends tour in the fall of 2018. Jae, along with LuLu Roman, Misty Rowe, Buck Trent and others, will once again recreate the best of the best for Hee Haw fans with a spectacular show.

“Hee Haw and the ‘magic blue fiddle’ put my career in high gear, allowing me to share music all over the world,” Jae explained. “At the end of 2018, I will have performed in 50 countries, representing America and sharing our country’s musical heritage. We are still on the road! Music is definitely the international language and sharing it world-wide is pure joy!!”

About Jana Jae:
Whether Jana Jae is taking part in a bravura performance of Bach’s Double Concerto For Two Violins or bringing a country fair crowd to it feet with a sizzling rendition of “Orange Blossom Special,” she’s the kind of performer that people don’t forget.

FORT WORTH, Texas – Since opening on April 1, 1981, with a kick-off week of concerts that featured Larry Gatlin & The Gatlin Brothers, Willie Nelson, Janie Fricke, and Waylon Jennings, Billy Bob’s Texas has been named the Academy of Country Music’s “Nightclub of the Year” ten-times. Now, in 2018, the concerts continue in June with performances by many Texas favorites and some of Country music’s finest artists.

The building now known as Billy Bob’s Texas was built in 1910 and was once an open-air barn used to house prize cattle for the Fort Worth Stock Show. In 1936, as a Texas Centennial Project, the building was enclosed by the City of Fort Worth at a cost of $183,500 and the tower over the main entrance was added. The “new” structure contained 1,257 animal stalls, and a 1,200-seat auction ring that is now the Billy Bob’s Bull Riding arena. Livestock events were held here until the stock show moved to the Will Rogers Memorial Complex, in 1943. During World War II, the building was used as an airplane factory for the Globe Aircraft Corporation. In the 1950′s the building became a department store so large that the stock boys wore roller skates to make their jobs easier.

While Billy Bob’s Texas is known for bringing in the biggest stars in Country music, it also has hosted some of the biggest names in Rock and Pop music, including: Ringo Starr, .38 Special, Men At Work, The Go-Go’s, Steppenwolf, REO Speedwagon, Styx, Pat Benatar, Heart, and ZZ Top. Even Ray Charles and Bob Hope graced the historically known stage of the World’s Largest Honky-Tonk. 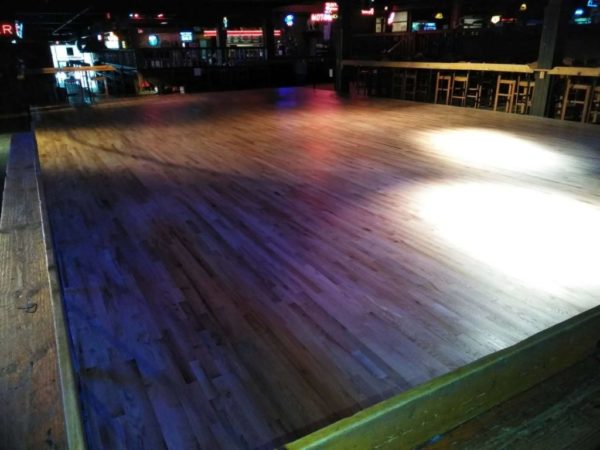 FORT WORTH, TEXAS – After 37 years and more than 17 million Two-Stepping visitors, Billy Bob’s Texas replaced the iconic dance floor! Yesterday, the new dance floor was graced by one lucky couple who got the opportunity to conduct the “first dance”.

“Dance enthusiasts came from around the country,” said Billy Bob’s Texas partner Pam Minick. “Fans and friends of Billy Bob’s Texas were able to take a piece of the award-winning club home with them as we distributed segments of the historic dance floor to patrons celebrating this milestone.”

In addition to the millions of visitors that have enjoyed the 2,000 square foot dance floor, it has been featured in the movies, ‘Necessary Roughness,’ ‘Pure Country,’ ‘Baja, Oklahoma,’ ‘Over The Top,’ and several music videos including the most recent one, “Burn Out” by the Academy of Country Music’s ‘New Group of the Year’ Midland.