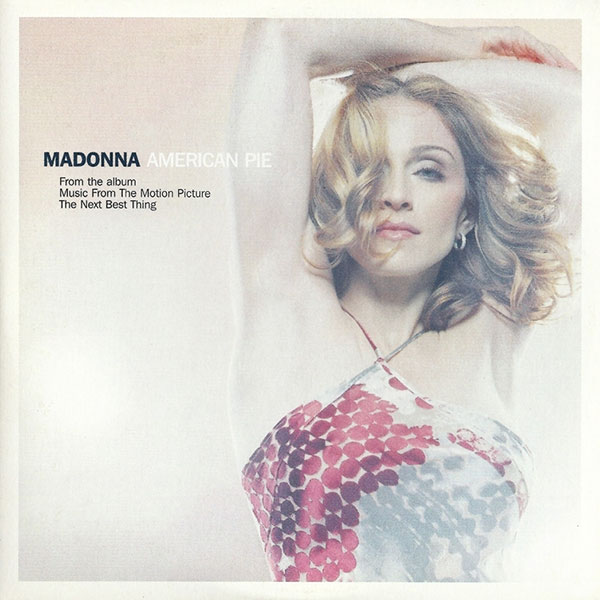 New York, NY – As many people know, there are some songs that are considered classics. So when another artist covers a classic song, it can either turn out to be a hit (Whitney Houston covers Dolly Parton’s ‘I Will Always Love You’) or it could be a dud (Jessica Simpson covering Nancy Sinatra’s ‘These Boots Are Made For Walkin’’).

One song that would be considered both, depending on who you talk to, is Madonna’s take on “American Pie” by Don McLean.

At the behest of her co-star Rupert Everett, Madonna recorded her version for the soundtrack to their film The Next Best Thing, a romantic dramedy from Midnight Cowboy director John Schlesinger, which starred Madonna, Rupert Everett, Benjamin Bratt, and Neil Patrick Harris.The film was critically panned and soon faded from memory, but “American Pie” — released as a single the same day on March 3, 2000 — became a polarizing global hit.

Produced by William Orbit, her lead collaborator on Ray of Light and “Beautiful Stranger” (her psychedelic 1999 single from the second Austin Powers soundtrack), the “American Pie” track is colorful, almost gaudy — the theremin-like synths and marching snares threaten to tip over into kitsch.

Don McLean, when interviewed in 2015, said this about Madonna covering his song: “I loved it. I thought it was outstanding. I thought Madonna did a great job with it. To me, she’s an artist for the 20th and the 21st century. She’s magnificent.”

“It is a gift for her to have recorded ‘American Pie,'” McLean continued. “I think it is sensual and mystical. I also feel that she’s chosen autobiographical verses that reflect her career and personal history. I have received many gifts from God but this is the first time I have ever received a gift from a goddess.”

In the music video, Madonna seemingly becomes an avatar for America itself. Between shots of her dancing in front of the flag, she showcases a diverse cast of working-class, queer, ordinary Americans. “American Pie” was unusually patriotic and nostalgic, two words rarely associated with Madonna.