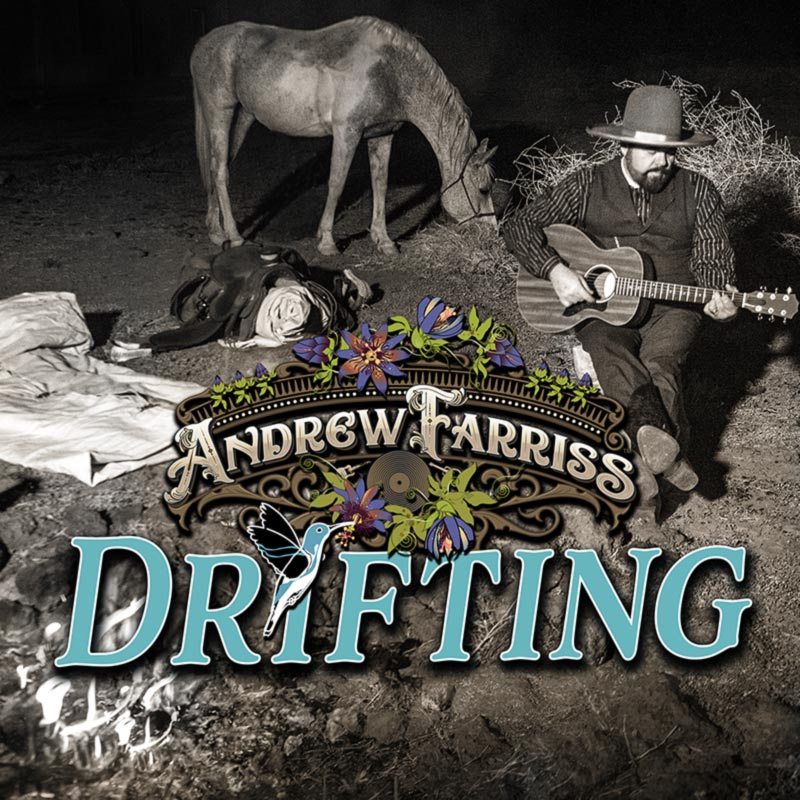 “Drifting” Available to Download and Stream on All Digital Platforms

NASHVILLE, Tenn. – Prolific songsmith and country and Americana singer/songwriter Andrew Farriss proves that time is on his side with the release of his latest single, “Drifting”. From the first beat of the drum to the last lingering note of the song, Farriss brings out the free-spirited and spontaneous energy that we all have living within us. The lively tune describes setting out for a journey with no destination and enjoying every moment of it. Recognizing the world changing around him, Farriss reflects on how he is changing with it. “Drifting” was premiered by Cowboys & Indians and is available to download and stream on all digital platforms now!

“My new single ‘Drifting’ is a feel-good song about respect for others, living life on the bohemian trail,” shares Farriss. “‘Drifting’ is a twenty-first-century ballad dedicated to like-minded wanderers, to big sky country, and to cowboys and cowgirls wherever they may ride. Check out Cowboys & Indians Magazine for the premiere of ‘Drifting!’”

Farriss recently released his self-titled debut album, taking fans around the world on a journey through nature, history, love, and cultural spirituality. Inspired by adventure and the unknown, Farriss put his heart into the creation of the album which is evident through his imaginative lyrics and stylistic melodies. “Drifting” sets the tone for each dynamic song, delivering hopeful energy that makes you want to pack up and head out for your own unique life experience. Fans will not want to miss this single and all that Farriss has in store!

For more information and everything Andrew Farriss, please visit andrewfarriss.com.

About Andrew Farriss:
Andrew Farriss is a creative, versatile, award-winning artist embarking on an adventure to present his individual talents to the world. Not only did Farriss co-found the iconic INXS mentioned above, but he was also the main songwriter, played the keyboard and guitar, and sang backup vocals for the band. His hard work has paid off as the group went on to be nominated for Grammy, Brit, MTV Music, and ARIA Awards. He alone won producer of the year at the ARIA Awards and has written songs for various albums that have gone triple platinum. Native to Tamworth Australia, Farriss now splits his time between his home country and Nashville, Tennessee. Farriss frequents the Bluebird Cafe in Nashville and makes a highly anticipated yearly appearance at Tamworth’s Country Music Festival in Australia. Nothing can stop Farriss’s creativity and this album is a roadmap of the numerous feats he has achieved.