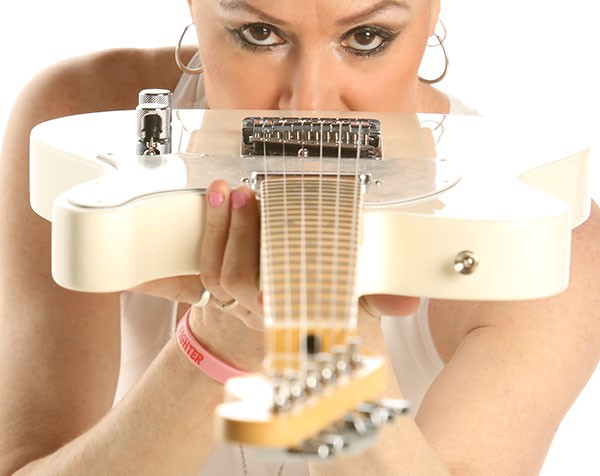 NASHVILLE, Tenn. – From breaking out in 1998 with her #1 Billboard hit “What If I Said,” which also topped the CMT video charts, the Canadian music charts and garnered her award-nominations to 2017 which delivered her the diagnosis of breast cancer, Anita Cochran still remains a winner!

What a year and a half it’s been for Anita Cochran! While battling breast cancer and going through the trials of chemotherapy, Anita penned a song “Fight Like A Girl,” that would soon become her anthem. In 2018, with the release of the track and the video, Anita’s heartfelt story was brought to the attention of Robin Roberts, which led her to the stage of Good Morning America, which coincidentally was the day after she finished her last chemotherapy treatment. Happy to say, today, Anita is 100% cancer-free!

The passion of the Gibson Guitar “Best Guitar Player” honoree is to hit the stage, once again, and continue to be an inspiration to all. CMA Music Fest will bring Anita’s talent as a music director and performer to CMT/GLADD Love and Acceptance concert hosted by Cody Alan and Ty Herndon on June 6th.

Whether performing her own songs or jamming to her favorite cover tunes, Anita delivers a high-energy performance that brings all audiences to their feet.