BAILLIE & THE BOYS CELEBRATE 35TH ANNIVERSARY AS A TOURING GROUP 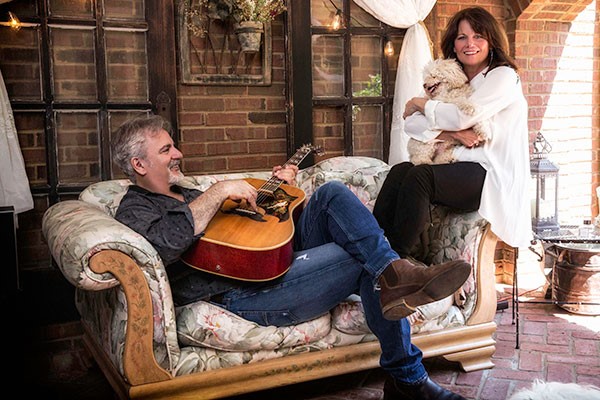 NASHVILLE, Tenn. – Baillie & the Boys, gained prominence in the late 1980s as the trio (Kathie Baillie, Michael Bonagura, and Alan LeBoeuf) first found work singing harmony vocals on singles for Ed Bruce, Dan Seals, and Randy Travis, and Bonagura co-wrote Marie Osmond’s single “There’s No Stopping Your Heart”. In 1987, Baillie & the Boys were signed to a record deal with RCA Records. Their self-titled album was released that year, producing three Top 20 singles on the Billboard Hot Country Singles charts. Turn The Tide, their second album, was released a year later. It produced four consecutive Top 10 hits on the country charts, including “(Wish I Had A) Heart of Stone”, their highest-charting single.

“Michael and I can’t even believe it’s been so many years since we started on this journey,” says Kathie Baillie. “The resurgence of country music from the 80s and 90s is very exciting for us. We, again, are getting calls to sing harmonies on projects, perform shows at venues around the country, even some backyards, and we are making some great new music. We realize the new music won’t make it to radio, but it is fun being back in the studio.”

The band’s original lineup consisted of Kathie Baillie (lead vocals, guitar), her husband, Michael Bonagura (background vocals, guitar), and Alan LeBoeuf (bass guitar, background vocals). Citing the years of constant touring, Alan LeBoeuf left the trio in 1988. For a while, Baillie & the Boys toured as a duo, until Roger McVay was chosen as a replacement in 1995. Four years later, McVay departed, with LeBoeuf again assuming the role of bass guitarist and harmony vocalist. Now, with new music, Kathie and Michael are ready to take the music to the people again!

“Just like Kathie said, we are excited to still be doing what we love,” adds Michael Bonagura. “We have a new group of people around us working very hard to rebuild our brand, name, and awareness so things are looking up for 2019.”

The trio initially made their impact while singing on jingles for companies such as Burger King, Gallo Wine, Soft and Dry (and others) the trio was signed by industry giant Doug Morris to the Atlantic Records division Big Tree Records; releasing the group’s first Billboard charted single; “Please Don’t Tell Me Goodnight” in 1976 under the name Bittersweet.

Relocating to Nashville, TN in 1983; determined to achieve relevance in the Nashville country music scene; the groups three-part vocal harmonies soon found their place and were used by many of the biggest names in country music, including Vince Gill, Lynn Anderson, Marie Osmond, Dan Seals, Moe Bandy and many others. Their success singing harmony was such that one time you could have heard the backing vocals of Baillie & The Boys on five of Billboard’s Top 10 Ten Country Singles all in the same week, something no other group has yet to equal!

While performing at one of Music Row’s infamous night spots – The Hall Of Fame – the trio was discovered by Jeff Cook (founding member of the group Alabama) who brought them to the attention of Joe Galante (president of RCA Records) who – after hearing the trio perform a live 30 minute audition in his office – signed the act to a recording contract.

The first single, “Oh Heart”, produced by Kyle Lehning and Paul Davis, was a Billboard Top Ten Hit and was followed by 10 consecutive Billboard country hits such as “She Deserves You,” “I Can’t Turn The Tide,” “Wilder Days,” and “(Wish I Had A) Heart Of Stone.” In 1990 the group released what was to become one of their biggest hits which hit #2 on the country airplay charts; the remake of Hank Snow’s classic, “A Fool Such As I”. In 1995 Kathie Baillie entered a new phase of her career by co-hosting one of TNN’s top rated shows Yesteryear as well as hosting several award shows.