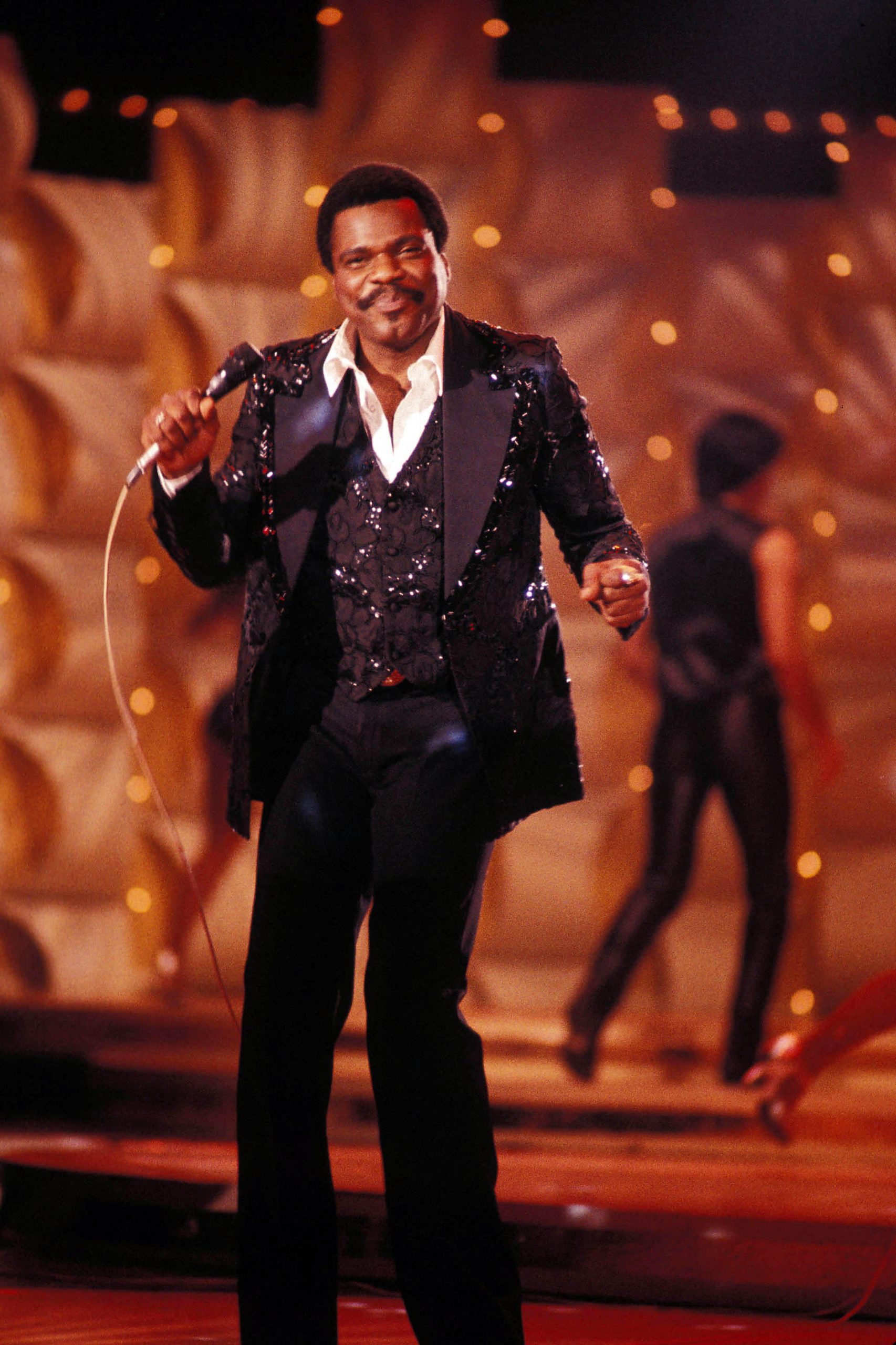 Preston is prominently included in Peter Jackson’s new 6 hour 3 part documentary “The Beatles: Get Back” that begins airing on Disney+ on Thanksgiving Day

MIAMI, Florida – Billy Preston’s star is shining more brightly than ever these November days. As part of a pre-taped mini-documentary, Preston was inducted by Ringo Starr into the Rock & Roll Hall of Fame which can be seen exclusively on HBO and HBO Max Saturday, November 20 at 8/7c. None other than Sir Paul McCartney, who was present and on stage later in the ceremonies was joined by Dave Grohl and The Foo Fighters, The Go-Go’s, and other luminaries at the event’s celebratory closing jam of “Get Back,” in honor of Billy Preston and his unforgettable musical legacy. A full-feature documentary about Billy is in the works, directed by the Multi-Emmy award winner Paris Barclay, and will include significant interviews and incredible footage of Billy who, at 9 years old, portrayed the young W.C. Handy in the movie St. Louis Blues opposite the legends that included Nat King Cole, Pearl Bailey, Mahalia Jackson, Ella Fitzgerald, Cab Calloway and more.

The frosting on his cake is the release of Peter Jackson’s new six (6) hour, three-part documentary “The Beatles: Get Back” that launches on Disney+ on November 25th. Parts two and three will be released on the platform on Friday, November 26, and Saturday, November 27, consecutively. Each two-hour segment along with all of the incredible products commemorate the 50-year landmark of The Beatles’ “Let It Be” and the infamous concert on the roof, bobbies (English word for the police) and all.

For those who may not know, Billy Preston was the fifth musician in the studio during the creation, recording, and filming of the “Let It Be” project. In the original version of the documentary,  Billy and his impact and input was given little to no credit. However, Peter Jackson who produced and edited over 56+ hours of footage, along with Jeff Jones and Jonathan Clyde, President and Sr. Vice-President respectively of Apple Records, have made sure that Billy’s contributions, both as a musician and a trusted, highly respected member of the band at that time, have been fully recognized and highlighted in every way in the documentary.

Billy is not the only musician to garner label credit on a Beatles album and single releases, Billy is now the only recording artist ever to have his vocals on a track where the Beatles were the backing band. The song “Without A Song” is part of the box set album release and those who have heard Billy’s vocals and his arrangement of that classic standard have been amazed.

“It is a great moment in music and cultural history for Billy Preston. For me and those of us who Billy was close to, it is unfortunately bittersweet because he is not here to revel in the joy of seeing it all unfold,” said Joyce Moore, a 50+ year industry veteran known as a champion of legacy artists’ rights. As a friend for decades, Moore hired Preston to serve as the Music Director for a Presidential Inauguration she was producing in 1989. Moore also served as Billy’s last manager and since his passing on June 6, 2006, has served as the devoted, undeterred shepherd of his intellectual property, name and likeness rights and legacy through the corporation she now owns that he created in 2000, Preston Music Group, Inc.

Billy, who had a heart of gold, designated charities to receive the benefits (dividends) from his shares of ownership in Preston Music Group  Inc. after he passed away through the Probate Avoidance Trust he’d created in 1999 and took great pains to amend in 2004.
Joyce continued, “I try to find and take comfort that Billy is hanging with his mentor Ray Charles, George, John, Sam Cooke, Mahalia, Aretha, and his beloved mother Mutt watching all of this unfold and smiling and laughing and loving every second of it.”

About Billy Preston:
Billy Preston’s career has spanned five decades, starting as a child prodigy playing the movie role of young W.C. Handy and then playing the organ for the likes of Ray Charles and Little Richard. His accomplishments are highlighted by a string of hits, including collaborating with some of the most celebrated names in the music industry, The Rolling Stones, Aretha Franklin, Bob Dylan, The Jackson Five, Sly and the Family Stone, Barbara Streisand, Sammy Davis Jr., Quincy Jones and perhaps the most famous of all, The Beatles.

Billy’s relationship with The Beatles led to his signing with Apple Records in the ’60s. Billy is widely acknowledged as the “Fifth Beatle” having been the only party to ever had his name included in the label credits of the “Let It Be” and the “Abbey Road” albums as well as the landmark “White Album”. Billy also appeared with them in the films “The Complete Beatles” and “Let It Be” as well as performing as part of them during their historic rooftop final concert.

In the late ’60s Billy worked with John Lennon and Yoko Ono on their solo “Plastic Ono Band” album as well as Ringo Starr’s solo single “Oh My My” and he participated in George Harrison’s American Tour. In addition, Billy Preston was a leading character in the movie “Sgt. Pepper’s Lonely Hearts Club Band” also featuring Peter Frampton and the Bee Gees, performing a stunning version of “Get Back”.

Preston’s name and fame were solidified as a solo artist when he scored a string of Number 1 hit singles including the Grammy-winning “Outta Space”, “Will It Go Round In Circles”, “Nothing From Nothing” and “Space Race”.

A prolific writer, Billy Preston penned the multi-platinum standard “You Are So Beautiful” which was performed by his friend Joe Cocker. He also wrote the title songs for a series of box office champions including “Never Gonna Say Goodbye” “Fast Break” and “O’Hara’s Wide”. The title song from “Fast Break” became a Preston classic hit when performed as a duet with the late Syreeta Wright. Billy also co-wrote the score for the Sidney Poitier movie “They Call Me Mr. Tibbs” with Quincy Jones.

In recent years Billy Preston was the first black musical director of a late-night television show “Nightlife” starring David Brenner, was a regular on the UPN series “Good News” and he made a cameo appearance in “Blues Brothers 2000” as part of the supergroup that included Eric Clapton and Stevie Winwood and B.B. King among others. Billy’s participation in the tribute concert “Concert for George Harrison” at Royal Albert Hall and his performance of “My Sweet Lord” has received critical acclaim. Billy recorded on the last album his mentor Ray Charles was to record, toured with The Funk Brothers and Stevie Winwood in Europe in early 2004, and then hit the road, touring extensively and garnering rave reviews for his performances with his dear friend Eric Clapton through Europe and North America. Billy’s keyboard dominance was highlighted with the release of the “Let It Be… Naked” album issue.