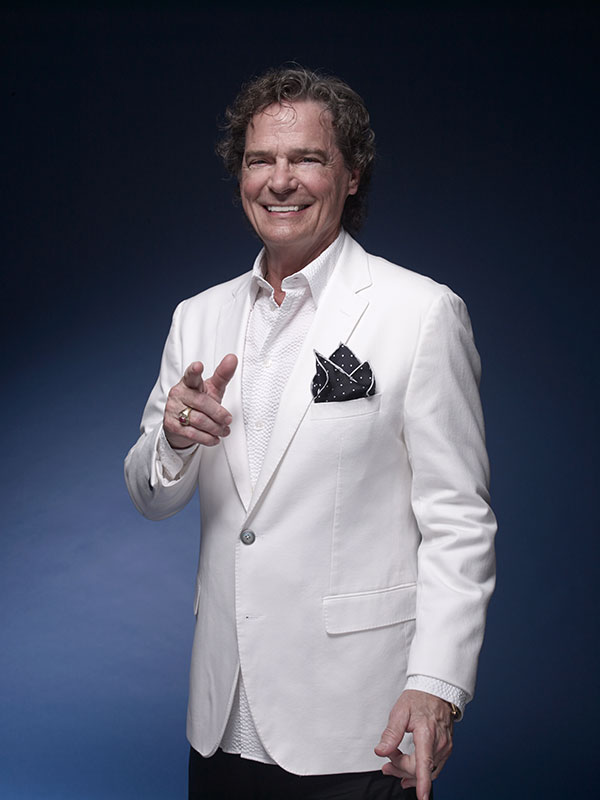 New York, NY – No umbrella needed! It is all sunshine for American pop music icon BJ Thomas as he celebrates a golden milestone for his Oscar winning classic “Raindrops Keep Fallin’ On My Head.” “It’s hard to believe it’s been fifty years since “Raindrops” went #1,” Thomas reflects. “I’ve sold over 70 million records, but I have to say I am most appreciative of this song. It was a career changer for me when it came along. More than that, it was a life changer—a true blessing.”

The whimsical masterpiece was written by renowned dream team Burt Bacharach and Hal David for the December 1969 movie release “Butch Cassidy and The Sundance Kid” starring Robert Redford and Paul Newman. While studio execs thought “Raindrops Keep Fallin’ On My Head” was too unconventional and contemporary for what they knew would be a blockbuster western, they were proven wrong at the movie premiere when the audience exploded with delight at the famous scene featuring the song prominently played to the visual of happy-go-lucky Paul Newman riding a bicycle while he tried to impress his movie love Katherine Ross.

Propelled by the movie’s momentum, “Raindrops Keep Fallin’ On My Head” crossed into a new decade on January 3, 1970 as the first #1 single on the Billboard Hot 100 where it remained for the next four weeks. It also took top spots internationally and for seven weeks sat in the pinnacle position on the Billboard Adult Contemporary chart.

“It was the craziest thing,” said Thomas. “By mid-March that year, ‘Raindrops Keep Fallin’ On My Head’ sold over two million copies. There was a time we were selling 200,000 to 300,000 copies a day. It happened so fast. And then I was asked to perform on the Academy Awards. It was such a big production that I had a hunch ‘Raindrops’ would win the Oscar for Best Original Song; however, when it did, I still went weak in the knees. What a thrill!”

Fifty years later and both the singer and the song continue to be part of today’s musical fabric. The BJ Thomas ode to care-free attitudes has displayed a five decade resiliency as younger generations embrace the evergreen classic through radio, film and television appearances that include “Monty Python’s Flying Circus,” “Gremlins 2,” “Forrest Gump,” “Spider Man 2,” “The Simpsons,” “Arrested Development,” “Grey’s Anatomy,” “Family Guy” and “Feud: Bette and Joan.”

In 2014, The National Academy of Recording Arts and Sciences inducted “Raindrops Keep Falling On My Head” into the 2014 Grammy Hall of Fame. “Over the past fifty years, I have performed this song thousands of times, and I never get tired of singing it,” Thomas confided. “We’re all going to experience a little rain in our lives, but if we remember we’re living a free life, then we really don’t have a thing to worry about. Besides, I have a lifetime of good memories attached to this song. You better believe when I begin touring again in 2021, I will be singing ‘Raindrops Keep Falling On My Head,’ and I’ll be loving it as we begin the next fifty years.”

About BJ Thomas:
Five-time Grammy award winner and Grammy Hall of Fame inductee, BJ Thomas has sold over 70 million albums worldwide with a total of 8 #1 hits and 26 Top 10 singles throughout his 50 years in the music industry. As one of Billboard’s Top 50 Most Played Artists Over The Past 50 Years, BJ Thomas’ hits include “Raindrops Keep Fallin’ On My Head,” “Hooked On A Feeling,” “I’m So Lonesome I Could Cry,” “I Just Can’t Help Believing,” “(Hey Won’t You Play) Another Somebody Done Somebody Wrong Song,” “Don’t Worry Baby,” “Whatever Happened To Old Fashioned Love” and “New Looks From An Old Lover.”