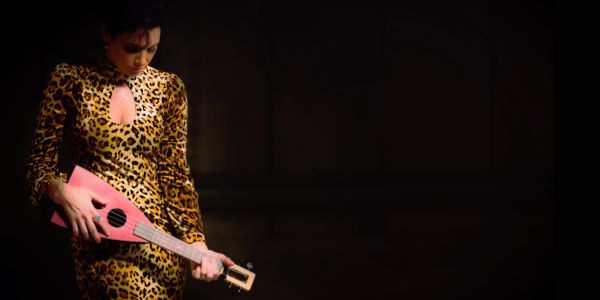 Kiss Make Better plays on far-reaching influences – ranging from the Ramones to Carole King, Boy George, Neil Young, Herb Alpert, Lucinda Williams, to Laurie Anderson, American Authors, to Buddy Holly and The Beatles, among many other artists, and genres ranging from hip-hop to Beethoven to Scottish marches to Hudson River folk. The album took shape when she was gleaning her repertoire with an eye toward material to pitch for film and television synchronization. With a wealth of music with cinematic inclinations, what emerged is a collection of songs — some new, some spanning a few years, and a pair of covers — that are atmospheric, brimming with emotionality, desire and resistance, and full of compelling sonic space.

With the exception of “Why Can’t He Be You,” Kiss Make Better was recorded and produced in Nashville by Steve Freeman, and mixed and mastered by John D. Kennedy. In addition to Carrington on vocals, the band includes: David Dorn (keyboards, and known as “the secret weapon”), Tim Galloway (guitar/electric sitar/ukulele), Tim Denbo (bass), and Grady Saxman (drums/percussion/programming).

Kiss Make Better includes two cover tracks: one is Carrington’s ethereal take on Rodgers & Hart’s “Blue Moon,” and the other is a punk rock take on Hank Cochran’s “Why Can’t He Be You,” originally popularized by Patsy Cline. The latter is the only track on the album not recorded in Nashville. It was recorded and produced in Austin by Scott Clark, who also plays lead guitar.

Kiss Make Better is the follow-up to Carrington’s 2017 EP Rock Me to Mars. She will promote the new album via a spring tour of Europe, kicking off in Paris on May 4, 2018, and including dates in Germany, London, and Scotland, followed by subsequent U.S. dates.