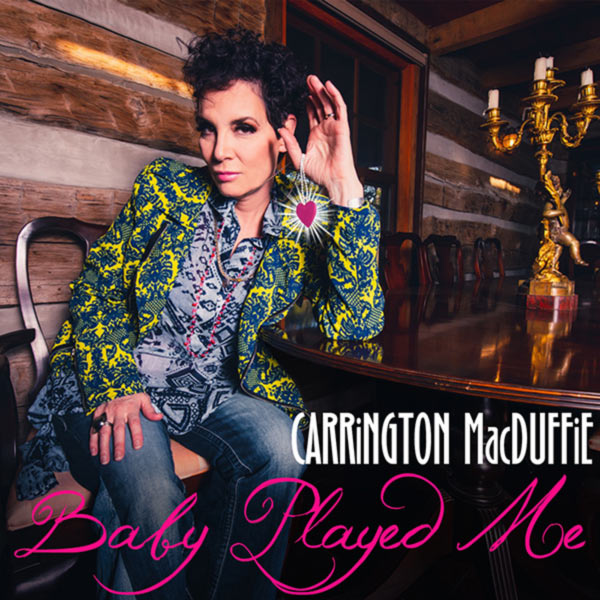 AUSTIN, Texas – Standout indie singer-songwriter CARRiNGTON MacDUFFiE blossoms into spring with the release of her latest single, “Baby Played Me.” MacDUFFiE’s lyric takes fans on a journey of musical inspiration and unexpected lost love through ethereal tones and dreamy melodies. The soft yet heartbreaking mood gives listeners the perspective of being “played like a little guitar.” Creativity shines throughout with beats building up to moments that make you want to sing your heart out along with MacDUFFiE. “Baby Played Me” is exclusively premiered by The Hollywood Times and is available to download and stream on all digital platforms now!

To view the exclusive premiere of “Baby Played Me” with The Hollywood Times visit HERE.

“This is a heartache love ballad to musicians and to music itself. Music inspires me like nothing else, and musicians channel energy like few others on the planet. When you’re on tour you’re constantly encountering and then leaving people, including the people you play on stage with, and after you’ve bonded through music, the separation can be a real heartbreaker,” shares MacDUFFiE.

MacDUFFiE has been hard at work in the studio to deliver fans new music and is ready to showcase her imagination and intellect on a stage near you as venues slowly begin to reopen. Her magnetic energy never ceases as she maintains a unique sound; enticing listeners for what is to come. “Baby Played Me” provides a passionate look at what fans can expect from her upcoming album due out this summer. MacDUFFiE’s emotional understanding of life, love, and music are clearly present throughout this song. Fans will not want to miss everything MacDUFFiE has planned for the coming months!

About CARRiNGTON MacDUFFiE:
In life and in art, CARRiNGTON MacDUFFiE is an adventurer. A New York native who now splits her time between Austin and Seattle – after a decade beachside in Los Angeles – she travels the globe and joyfully explores diverse universes of thought and practice. Whether making music, writing poetry, voicing works of literature, piloting a fixed-wing airplane, or savoring the Zen-like concentration of target shooting, she is led by her passion for creativity, and her endless fascination with exploring both the world outside and her inner muses.

As a singer-songwriter, CARRiNGTON first released work in 2014. Her love for music was sparked in early childhood while listening to the records that her dad, a huge music aficionado, was spinning — Teddy Wilson, Beethoven, Herb Alpert, Hudson River folk, Scottish marches, Bob Dylan, classic rock, and the Beatles, among many other artists and genres. Those far-reaching influences weave through her entire body of work, from her EP I’m The One to her current single “Baby Played Me,” which is paving the way to a new album in early summer.