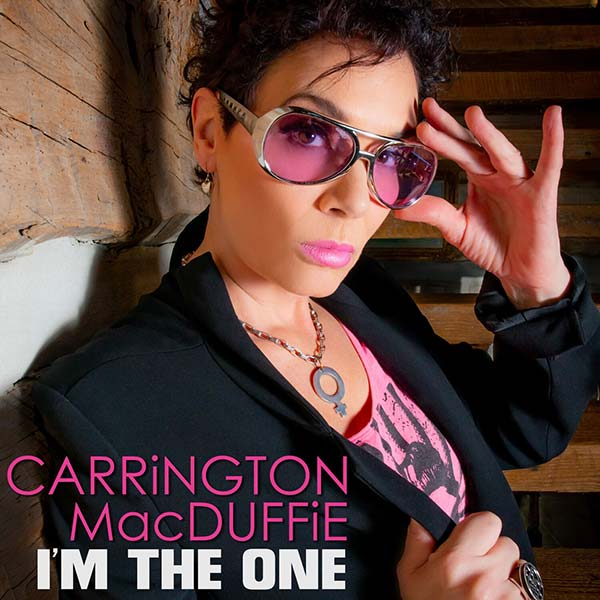 “I See You In My Dream” Recently Premiered on Digital Journal
Listen/Stream/Buy ‘I’m The One’ at found.ee/carrington

AUSTIN, Texas – The new EP ‘I’m The One’ from standout indie singer / songwriter CARRiNGTON MacDUFFiE is available now. It is rare for an album to be introduced to the world that captures such a distinctive combination of dreams and realism but as MacDuffie delivered single after single, it was evident that this release would change how all viewed reality. After months of anticipation, fans can finally get caught up in the story Carrington has crafted throughout the EP. With an open mind and a diamond intellect, MacDuffie provides lyrical medicine to troubled hearts with the release of ‘I’m The One.’

“There isn’t a single one of us who isn’t the center of the universe, and the claim made by the title track “I’m The One” goes for everybody,” says Carrington.

This album allows listeners to follow along with Carrington’s personal and cultural experiences, inviting them into her colorful mind and ideas behind each single. Every catchy hook from “Because I Couldn’t Have You” to “The Way You Were Mine,” is a promise of genuineness and passion. Listeners may hear a different message in each single, but all souls are captured as MacDuffie’s feelings are expressed. ‘I’m The One’ offers a unique pop flare and appeals to a deeper side of all.

“I experience life itself as a form of music, and that’s the energy that runs these songs,” says MacDuffie.

With a brand new take on music, Carrington has taken a bold step to remain unique in her style by mixing several genres while also sticking true to the classic inspirations that influenced her career. From writing to producing, her musical intuition depicts intense energy in the “I’m The One” EP. Carrington generates power and release while appealing to all audiences in this can’t-miss debut.

What media outlets are saying about ‘I’m The One’:

“In listening to the entire EP, I could not help replaying each track over and over due to the catchy hooks and the blend of instrumentation, unlike any other, along with the soothing yet gritty vocals.” – Road Dog Media Magazine

“You will enjoy Carrington MacDuffie’s single and “Valentine’s Day” anthem, “Because I Couldn’t Have You.” It’s not your typical Valentine’s Day love song!” – Guitar Girl Magazine

“The world was first introduced to the eclectic music of Carrington MacDuffie in 2014, and it’s never been the same since. Criss-crossing genres the way she journeys through life, with wild abandonment, passion and intensity, the globe-trotting indie singer-songwriter is about to release her most creative works to date.” – MusicExistence

“Her powerful voice fits perfectly to these swinging pop and rock songs and melodic power ballads. It is once again a perfect hit on target for this rocking lady from Austin, Texas.” – rootstime.be

About Carrington MacDuffie:
In life and in art, Carrington MacDuffie is an adventurer. A New York native who now splits her time between Austin and Seattle – after a decade beach side in Los Angeles – she travels the globe and joyfully explores diverse universes of thought and practice. Whether making music, writing poetry, voicing works of literature, piloting a fixed-wing airplane, or savoring the Zen-like concentration of target shooting, she is led by her passion for creativity, and her endless fascination with exploring both the world outside and her inner muses.

As a singer-songwriter, Carrington first released work in 2014. Her love for music was sparked in early childhood while listening to the records that her dad, a huge music aficionado, was spinning — Teddy Wilson, Beethoven, Herb Alpert, Hudson River folk, Scottish marches, Bob Dylan, classic rock, and the Beatles, among many other artists and genres. Those far-reaching influences weave through her entire body of work, and stand out in her newest singles and her most recent LP Kiss Make Better.

To keep up with future releases click here and follow the social channels linked below for more information.