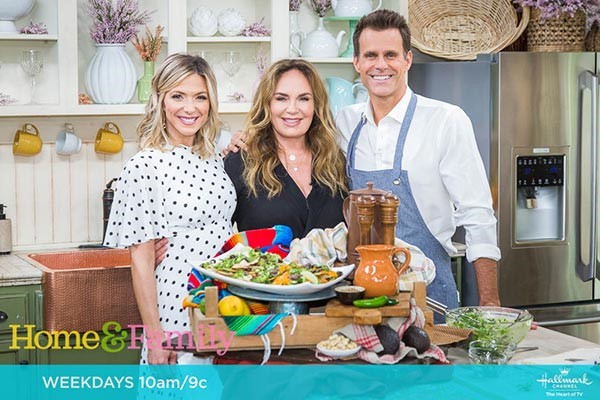 BURBANK, Calif. – In advance of The Good Ol’ Boys Tour kick-off in Bakersfield, California, on April 13, Catherine Bach is making a pit stop at Hallmark’s national morning show Home & Family Monday, March 25 at 10am/9c. Bach, known for serving up food and drinks in Boss Hogg’s Boar’s Nest, will be serving up some delicious nachos and banana ice cream sandwiches in the Home & Family kitchen.

The Good Ol’ Boys Tour stop at the MuscleKingz Car Show & Concert in Bakersfield, which will feature appearances by Tom Wopat, Catherine Bach, Ben Jones, Rick Hurst, Sonny Schroyer, Byron Cherry, and Chris Hensel, will give fans the opportunity to catch a glimpse of their favorite Dukes of Hazzard character, with live music from Kip Moore, Bobby Bones and the Raging Idiots, Parmalee, Tom Wopat, Whey Jennings, Cooter’s Garage Band and more. The schedule for the cast appearances will be released soon and get tickets at www.goodolboystour.com.

About Catherine Bach/Daisy Duke:
Catherine Bach heard about the audition for The Dukes of Hazzard through her husband. When she arrived there, she found the producers were looking for a Dolly Parton-lookalike; despite not looking like what they were searching for, she was hired on the spot. One of the earliest costume ideas from the producers was that she wear a tight white turtleneck, go-go boots and a poodle skirt, but Bach asked if she could bring her own outfit, which was a homemade T-shirt, a pair of cut-off denim shorts and high heels. Bach had concerns about the appropriateness of the cut-off shorts at first, saying she could not wear them in a restaurant scene. When prompted by the producers to visit a restaurant across the street, Bach found the waitresses were wearing “little mini-skirts that matched the tablecloths!”.

At the suggestion of the show’s producers, Bach posed as Daisy Duke for a poster, which sold 5 million copies. The poster once caused a stir when Nancy Reagan took a liking to it after Bach visited The White House with one as a gift for one of her former school teachers then working there.