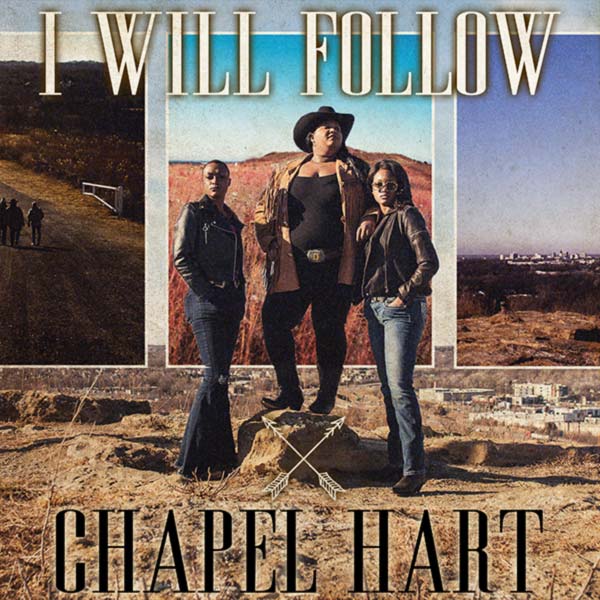 NASHVILLE, Tenn. – Chapel Hart welcomes a little love and positivity into 2021 with the release of a music video and single, “I Will Follow.” The video premiered today on CMT, CMT Music, and CMT.com. This upbeat country song highlights the importance of following your heart and serves to tell the trio’s story of life on the road. Despite the mixed signals that the world may send, the sure-fire way to happiness is through the heart. This trio struts into 2021 with nothing to lose and everything to prove, calling all to join them in loving life and not taking the world too seriously. Love for all humans no matter race or background is a message that we all need to hear after a long, confusing year. Savannah Keyes, Jennifer Hanson, and Nick Brophy co-wrote and Brophy co-produced the single with Jeff Glixman. The music video was produced/directed by Nick Barrett. “I Will Follow” is available now to download and stream on all digital services!

“We heard this song and instantly knew we had to have it!” shares Chapel Hart. “This song is literally the song of our hearts! In the last year of our life during the dreadful pandemic, we somehow managed to follow the directions of these lyrics, and this is how, we believe, our success has skyrocketed! Following your heart works every time!”

Watch the “I Will Follow” music video on CMT.com

In January, Chapel Hart released another single titled, “You Can Have Him Jolene” that received notable attention from the music industry. Aside from being busy in the studio, Chapel Hart have been recently inducted into the CMT Next Women of Country Class of 2021. They were featured on CMT on January 26th during CMT’s live-streamed ceremony on YouTube and Facebook. Honored and humbled by this achievement, Chapel Hart continues to grow their platform and bring the world uplifting music that heals the heart and moves the hips!

WATCH Chapel Hart perform “You Can Have Him Jolene”, talk about collaborating with Z.Z. Top’s Billy Gibbons on”Jesus & Alcohol,” and a special surprise from Cassadee Pope on CMT Hot Twenty!

To keep up with the latest information and everything Chapel Hart, follow the socials linked below:

While Chapel Hart has claimed the field of singer/songwriters, their live performances have been applauded with rave reviews. Their shows are more than just another concert experience. That special family blend of harmonies whether a cappella or backed by their full band will stop you in your tracks. While they may have come from humble beginnings, their shows bear no witness to that. They come at you full throttle, confident, and with high-energy. Their beautiful ballads will make even the toughest weep while at the same time offering hope to those in need. Their rocking country songs will have you fist-pumping in the air while knowing full well a bit of joy in a broken world has just fallen upon you.

Being the first female band to ever headline the New Orleans Jazz Festival in Innsbruck, Austria, these ladies have thoroughly proven the ability to move any audience, regardless of language barriers. They are currently managed by the mega-producer Jeff Glixman of Kansas Fame. Chapel Hart has performed around the world, captivating thousands with their own unique blend of country music. They are without a doubt one of the hardest working groups to have emerged from Nashville by way of New Orleans.