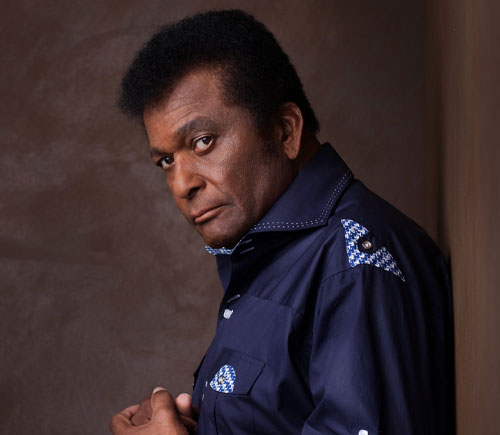 The three-time GRAMMY® winner to be recognized for his contributions to American music on Friday, Nov. 1

Plus, encore broadcasts of American Masters: Charley Pride – I’m Just Me to air on PBS

CLEVELAND, Miss. – Three-time GRAMMY® Award-winning, Mississippi-born country artist Charley Pride will be the inaugural recipient of GRAMMY Museum® Mississippi’s Crossroads of American Music Award at the Mississippi Museum’s 2019 Gala on Friday, Nov. 1. Established by the Museum’s Board of Directors, the Crossroads of American Music Award honors an artist who has made significant musical contributions influenced by the creativity born in the cradle of American music. Pride will appear at the Museum’s 2019 Gala to accept the award on Nov. 1 at GRAMMY Museum Mississippi.

“We are thrilled to recognize the great Charley Pride as the first-ever recipient of our Crossroads of American Music Award,” said Emily Havens, Executive Director of GRAMMY Museum Mississippi. “As a native of Mississippi, Charley has had a significant impact on American music with his uncompromising honky-tonk country music. Charley broke new ground in the ’60s when he emerged as one of the most successful black country artists at that time. It’s an honor to recognize Charley Pride as the inaugural recipient of our Crossroads of American Music Award.”

“I’m honored to be the first recipient of this award from the GRAMMY Museum Mississippi,” said Pride. “And thankful to the many great American music artists before me that helped to pave the way for my success. I applaud the Museum for celebrating those artists and championing the importance of American music.”

American Masters – Charley Pride: I’m Just Me traces the improbable journey of Charley Pride, from his humble beginnings as a sharecropper’s son on a cotton farm in segregated Sledge, Mississippi to his career as a Negro League baseball player and his meteoric rise as a trailblazing country music superstar. The new documentary reveals how Pride’s love for music led him from the Delta to a larger, grander world. In the 1940s, radio transcended racial barriers, making it possible for Pride to grow up listening to and emulating Grand Ole Opry stars like Ernest Tubb and Roy Acuff. The singer arrived in Nashville in 1963 while the city roiled with sit-ins and racial violence. But with boldness, perseverance and undeniable musical talent, he managed to parlay a series of fortuitous encounters with music industry insiders into a legacy of hit singles, a Recording Academy “Lifetime Achievement Award” and a place in the Country Music Hall of Fame.

On January 30, 2019 the film made its world premiere at Belmont University in Nashville, Tennessee. The premiere featured an appearance by Charley Pride himself, along with special guest artists featured in the film, including the film’s narrator Tanya Tucker, Jimmie Allen, Janie Fricke, and Sylvia Hutton. Members of the media, and other family and friends of Pride also attended. After the film a Q&A was hosted by the film’s director Barbara Hall, and journalist Robert K. Oermann, Country Music Hall of Fame’s Peter Cooper, and Charley Pride.

About GRAMMY Museum Mississippi:
Developed by the Cleveland Music Foundation—a nonprofit organization founded in 2011—the 28,000-square-foot GRAMMY Museum Mississippi is housed near the campus of Delta State University, home of the Delta Music Institute’s Entertainment Industry Studies program, which features the most unique audio recording facilities in the South. Affiliated with the Recording Academy™, GRAMMY Museum Mississippi is dedicated to exploring the past, present, and future of music, and the cultural context from which it emerges, while casting a focused spotlight on the deep musical roots of Mississippi. The Museum features a dynamic combination of public events, educational programming, engaging multimedia presentations, and interactive permanent and traveling exhibits, including a Mississippi-centric area that introduces visitors to the impact of Mississippi’s songwriters, producers, and musicians on the traditional and modern music landscape.