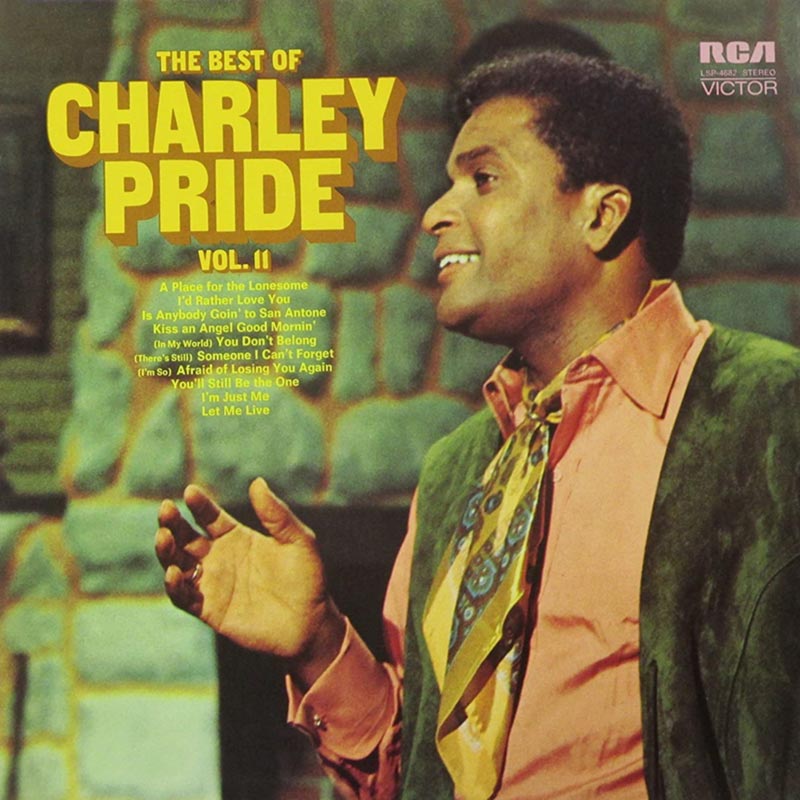 NASHVILLE, Tenn. – Country music legend and trailblazer Charley Pride’s ‘The Best of Charley Pride Volume II’ is celebrating its 50th anniversary this year. Debuted in 1972 on Billboard magazine’s country albums chart, it spent 16 weeks at the No. 1 spot and was Pride’s best-selling album during his career. Included on the album are hits like “Kiss An Angel Good Mornin'”, “Is Anybody Goin’ to San Antone,” “I’d Rather Love You,” “I’m Just Me” and more fan favorites. In line with Black History Month, the celebration of this anniversary reminds us how Pride transcended racial barriers within the country music community and beyond.

American Masters Charley Pride: I’m Just Me, a documentary about the life and career of the country music superstar was aired on PBS, BBC & CBC’s documentary Channel and is available at PBS.com and Amazon.com. The documentary walks through Pride’s life journey, from his humble beginnings as a sharecropper’s son on a cotton farm in segregated Sledge, Mississippi to his career as a Negro League baseball player and his meteoric rise as a trailblazing country music icon. Narrated by Tanya Tucker and featuring country music royalty, including Garth Brooks, Dolly Parton, Brad Paisley, Darius Rucker, and Marty Stuart, I’m Just Me traces Pride’s love for music and perseverance in the industry. The film also features many songs from his repertoire of classic country hits, along with more modern cuts like “Standing In My Way,” from his latest album Music In My Heart, released in 2017.

About Charley Pride:
Charley Pride celebrated more than 50 years as a recording artist, enjoying one of the most successful careers in country music history, and is credited with helping break color barriers by becoming the first black superstar within the genre. A true living legend, he sold tens of millions of records worldwide with his large repertoire of hits. A three-time GRAMMY® award and Recording Academy “Lifetime Achievement Award” winner, Pride garnered no less than 36 chart-topping country hits, including “Kiss An Angel Good Morning,” a massive #1 crossover hit that sold over a million singles and helped Pride land the Country Music Association’s “Entertainer of the Year” award in 1971 and the “Top Male Vocalist” awards of 1971 and 1972. A proud member of the Grand Ole Opry, Pride performed concerts worldwide and has toured the United States, Canada, Ireland, the United Kingdom, Australia, and New Zealand over the last several years. He received the Crossroads Of American Music Award At the 2019 GRAMMY Museum® Mississippi Gala in November of 2019, and the Country Music Association’s Willie Nelson Lifetime Achievement Award one year later in November 2020. On December 12, 2020, Pride died at the age of 86 from complications due to COVID-19. In 2021, CMT celebrated his impactful life as a musical pioneer with CMT Giants: Charley Pride. His memory and storied legacy will live on through his vast library of stories and songs, with forthcoming plans for a posthumous album release and biopic film. Follow Charley Pride on Facebook and at CharleyPride.com.