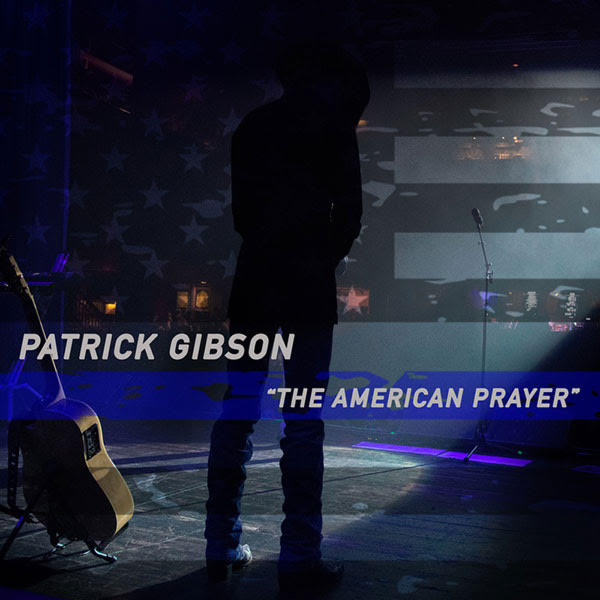 NASHVILLE, Tenn – Country music standout, Patrick Gibson praises God and country with the release of his latest single titled, “The American Prayer.”  This single stands firm to back the blue and show gratitude for the men and women that put their lives on the line daily for our safety. Gibson symbolizes the power of prayer and urges the American people to recognize their blessings. One country, under God…with liberty and justice for all; Gibson pledges allegiance with “The American Prayer” to show that without the selflessness of those who risk their lives, our country would not be what it is today. “The American Prayer” is available to stream and download on all digital platforms now! To watch the music video for “The American Prayer” visit HERE.

“As a singer-songwriter, I’ve always searched for truth and realism in my work and when I completed this song, I took it into the studio with my producer and that’s when it became apparent to me that the subject of this composition was very important, and that I needed to find a way to share the message of the song with the world. The lyrics take you into the lives of the families and how it goes beyond just the human that is serving, but how it affects the entire home life and daily routine,” shares Gibson.

“We are very proud of the stations we’ve got at Indicator, Activator, Music Row, and Secondary radio playing “The American Prayer” to date and can’t wait to see where the song goes from here,” explains Larry Pareigis, President of Nine North Records.

It is rare for a song to come along with lyrics that paint a vivid picture, connecting each strum of the guitar to emotion. “The American Prayer” draws on family sacrifice. It evokes a feeling of gratitude and understanding for what families of law enforcement have to endure, not knowing if their loved one will return home safely every day. Gibson, a man of God and goodwill, wrote this single to not only touch hearts but to inspire all to be more open-minded to prayer and thankfulness for the protection that we receive as a nation. Gratitude and prayer never go out of style just as Patrick Gibson’s message remains relevant.

“I’m not sure what the outcome’s gonna be with this song, but with God and a solid team behind it, it’s gonna be up to the listeners to take from it, what I hope, is inspirational and influential in their everyday lives. Maybe we have a hit song here!”

For more information and to stay up to date on everything Patrick Gibson visit his website and social channels linked below.

About Patrick Gibson:
Making music is a stronghold for Florida Native, Patrick Gibson. Writing songs and performing since the age of 12, this guy has found his platform for sharing a message. In his later days, he shared concert stages with award-winning artists such as Rhett Akins, Rodney Atkins, Lee Bryce, John Michael Montgomery, John Anderson, Trent Tomlinson, Jeff Bates, Trent Willman, Ray Scott, Michael Ray, Colt Ford, Easton Corbin, Bellamy Brothers, Chris Cagle, Ronnie Milsap, Little, Texas, Restless Heart, Sawyer Brown and others. His music being recognized around the country has led to a partnership with Nine North Records Nashville in support of his latest radio release “The American Prayer”. With great songs, a solid performance, and a heart for country music, a show from this entertainer is one you won’t want to miss!