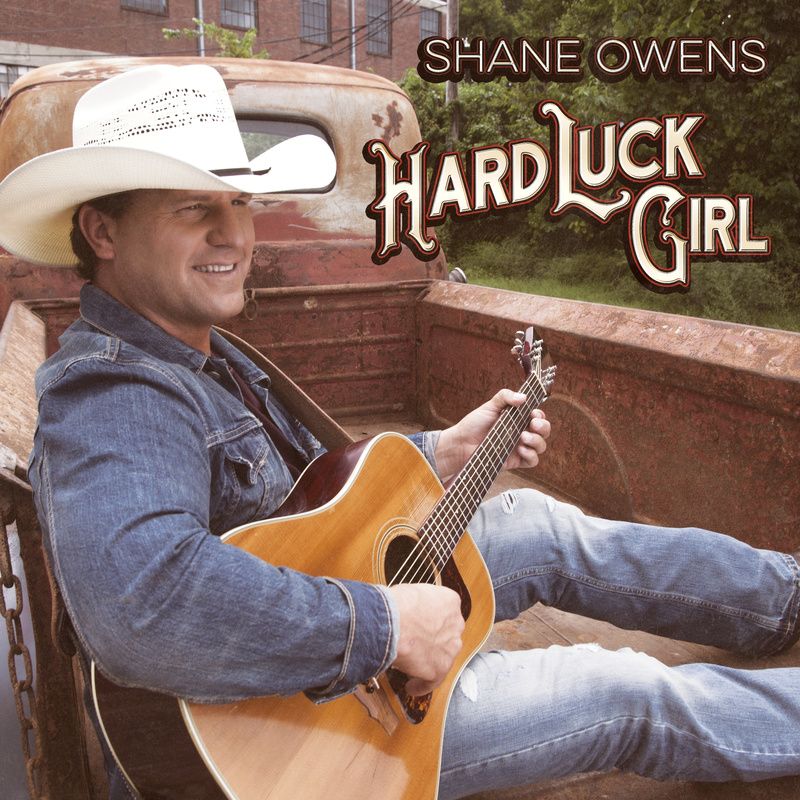 Shane continues with his string of new, traditional country inspired releases. Another one to sing along to… a sound that again fits the artist!”
– Cameron Dole, KWHW, Altus, Okla.

“It’s always a comfort to know that when I get a Shane Owens record, I know I’m going to get a top quality, truly country song that will immediately click with my listeners and ‘Hard Luck Girl’ is no exception. This guy is leading the charge of neo-traditionalists who are taking the ‘country’ back.”
– Mike Thomas, KWRE/KFAV, Warrenton, Mo.

NASHVILLE, Tenn. — Neo-traditional country music artist and Alabama-native Shane Owens is back with an all new song called “Hard Luck Girl,” along with a concept video, premiered by Country Rebel yesterday [Click to watch]. The new song which released on Sept. 13, is the first single from a brand new album, aptly named Thankful For Country Music, due out December 6th from Amerimonte Records.

Known for being one of the few modern country artists who still pays homage to the old-school classic country sound, Owens journeyed to The Panhandle House in Denton, Texas to record his latest album. The well-equipped studio has produced recorded works from Blake Shelton, Don Henley and The Eagles, to Texas music staples Eli Young, The Josh Abbott Band and Kacey Musgraves.

Owens continues to work with Nashville-based songwriter Galen Griffin – who has penned hits for Clay Walker, Craig Morgan, Luke Bryan, and Joe Diffie – along with two of Owens’ recent singles “Love To Try Them On,” and “Country Never Goes Out Of Style.”

The Music Row 2018 Independent Artist of the Year continues to maintain an active schedule of barroom shows and festival appearances. He made his Grand Ole Opry debut in 2017 and has appeared at summertime events like CMA Music Festival and Jamboree In the Hills, both of which were voted as the top two American country music festivals of the year. Cracker Barrel has picked Owens’ music to appear in several of the store’s exclusive releases and Netflix included his song, “Country Never Goes Out of Style,” in the popular series The Ranch. It’s no wonder that Rolling Stone Country named Shane Owens one of the magazine’s “10 New Country Artists You Need to Know!”

Shane Owens blends his rich and bold baritone voice over a mixture of contemporary and classic country music sounds that wraps the notes around the listener’s heart, with traditional southern storytelling.

What country radio is saying about “Hard Luck Girl”:

“Shane Owens has done it again with Hard Luck Girl! This tale of breakup is something both male and female can relate to and KYYK listeners love it already!”
– Melissa Ward, KYYK, Palestine, Tex.

About Shane Owens:
Named by Rolling Stone Country as one of “10 New Country Artists You Need To Know,” and awarded 2018 Music Row Independent Artist of the Year, Shane Owens has been building a strong following across the Southeast for more than a decade. His powerful vocal range combined with the emotional lyrical content of his songs has made him a favorite of fans, critics, and his fellow artists alike. After starting his career by opening shows for dozens of major stars in the mid-2000s, the baritone performer attracted the attention of Nashville music executives, and he soon landed a record deal. However, with all the changes in the music industry at the time, his album was shelved and never released. Just like the ‘Never Give Up’ mantra of his lyrics, Owens picked himself up and moved on, thanks to famed producer James Stroud (Tim McGraw, Aaron Lewis, Clint Black), country music legend Randy Travis, who produced his first album, Where I’m Comin’ From, and Amerimonte Records. Never one to sit still for long, Owens followed up with his most recent release It’s A Southern Thing and is currently impacting at radio with his latest single “Hard Luck Girl” from upcoming album, Thankful For Country Music (Dec. 6). For more information about Shane Owens, visit www.ShaneOwensCountryMusic.com.