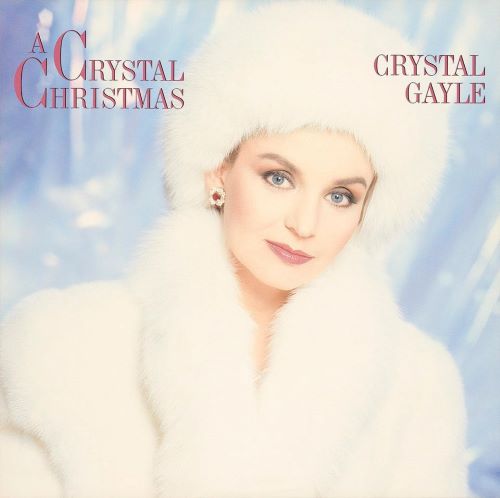 NASHVILLE, Tenn. – Grammy®, AMA, ACM and CMA award winning country music singer and Grand Ole Opry member Crystal Gayle has digitally reissued her 1986 holiday album, A Crystal Christmas, for the first time ever. Like he did on You Don’t Know Me, Crystal’s son Christos Gatzimos, returned to the studio and remastered his mother’s collection of traditional Christmas compositions for the digital universe. The newly remastered tunes is now available at Spotify, Apple Music, Google Play and Amazon.

“I recorded A Crystal Christmas with my producer Jim Ed Norman in the early summer of 1986 for Warner Bros. Records,” Crystal recalled. “To help us get in the spirit we decorated the studio with candy canes and ornaments. This album is filled with my favorite traditional Christmas songs that we all grew up loving and singing. I’m excited that a Crystal Christmas is now available digitally for the first time.”

“When I was a little girl I always looked forward to Christmas. Being the last of 8 children, I loved it when all my brothers and sisters came home to visit. I saved my money all year long so I could buy presents for them. One Christmas I went to Woolworths and bought all my sisters hairnets.
The only problem was I bought gray hair nets. I didn’t know you were supposed to match their hair color. I just picked the prettiest ones. I even had money left over for candy!”

About Crystal Gayle:
Grammy®-winning singer Crystal Gayle is an award-winning country music icon whose reign in the music business includes 20 No. 1 country hits, six albums certified Gold by the RIAA and the first female artist in country music history to reach platinum sales with her 1977 album, We Must Believe in Magic. Her list of platinum and gold was to be matched only by her awards and accolades. CMA’s “Female Vocalist of the Year,” for two consecutive years, she became a Grammy® Award Winner for “Best Female Vocal Performance,” thanks to her beloved “Brown Eyes” – a song that she today admits she has never grown tired of singing. Crystal swept the Academy of Country Music Awards for three of their “Top Female Vocalist” statuettes. She is the recipient of three “American Music Awards,” voted by the nation as America’s “Favorite Female Artist.” Perhaps nothing sums up Crystal’s career achievements as well as being awarded with a star on the fabled Hollywood Walk of Fame in October 2009. Also famous for her nearly floor-length hair, she was voted one of the 50 most beautiful people in the world by People Magazine in 1983. Gayle also has a star on the Hollywood Walk of Fame near Lynn’s star. In August 2016, the Academy of Country Music honored Crystal with the Cliffie Stone Pioneer Award during the 10th Annual ACM Honors. Gayle was inducted into the Grand Ole Opry in January 2017 by her sister and Opry legend Loretta Lynn. In 2019, Crystal released her first new studio album in 16 years, You Don’t Know Me, which was recorded, produced and mastered by Crystal’s son, Christos Gatzimos.