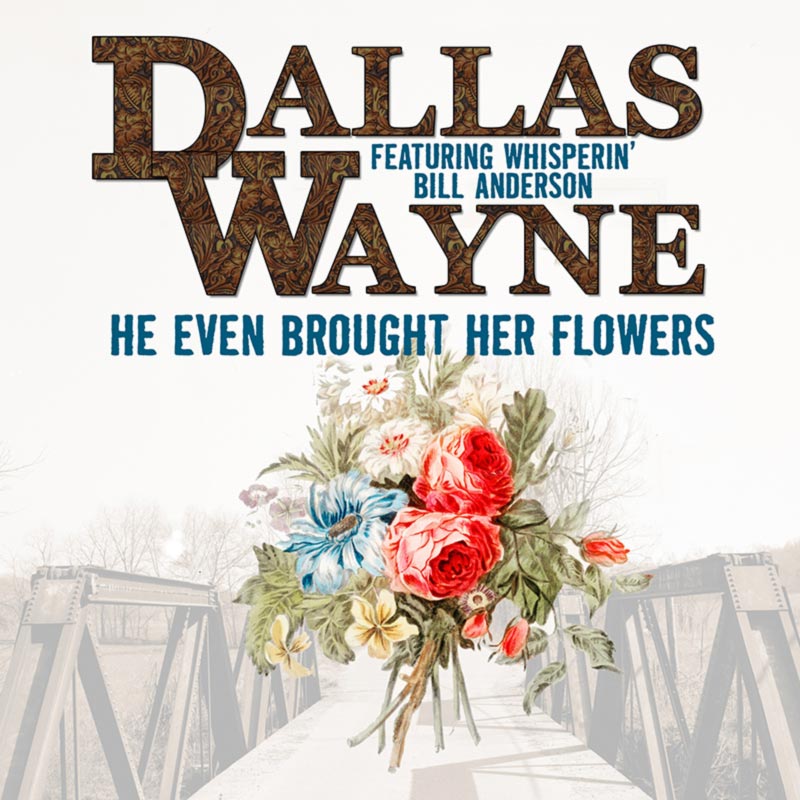 NASHVILLE, Tenn. – Country music singer/songwriter and SiriusXM’s legendary personality Dallas Wayne touches on heartbreak with the release “He Even Brought Her Flowers,” featuring Bill Anderson. The tune, written by Dallas, Anderson, and Buddy Cannon, tells the story of a woman reminiscing on the fond memories of a love that no longer exists, including all the small details that meant the most to her. Both Dallas’ and Anderson’s voices stand out on this ballad, delivering a sad yet relatable narrative of the uncertainty that comes with heartache. “He Even Brought Her Flowers’ was premiered by Wide Open Country and the single is available to download and stream on all digital platforms now!

“I had started writing the song ‘He Even Brought Her Flowers’ a few years back, but I always felt it was missing something. I needed a fresh perspective so I asked two of my songwriting heroes, Bill Anderson and producer Buddy Cannon, to collaborate on the tune,” said Dallas. “Turns out it was missing the input of two Hall of Fame songwriters. To not only write this song with Buddy and Bill — but to have Bill do the recitation as well — just put the cherry on top for this album project. I couldn’t be more pleased with the end result.”

“He Even Brought Her Flowers” is just one of the touching songs that are part of Dallas’ upcoming album of all-original material, Coldwater, Tennessee, which will be available on Friday, April 22. Dallas Wayne can also be heard on-air as host of SiriusXM’s Willie’s Roadhouse, channel 59, and Outlaw Country, channel 60.