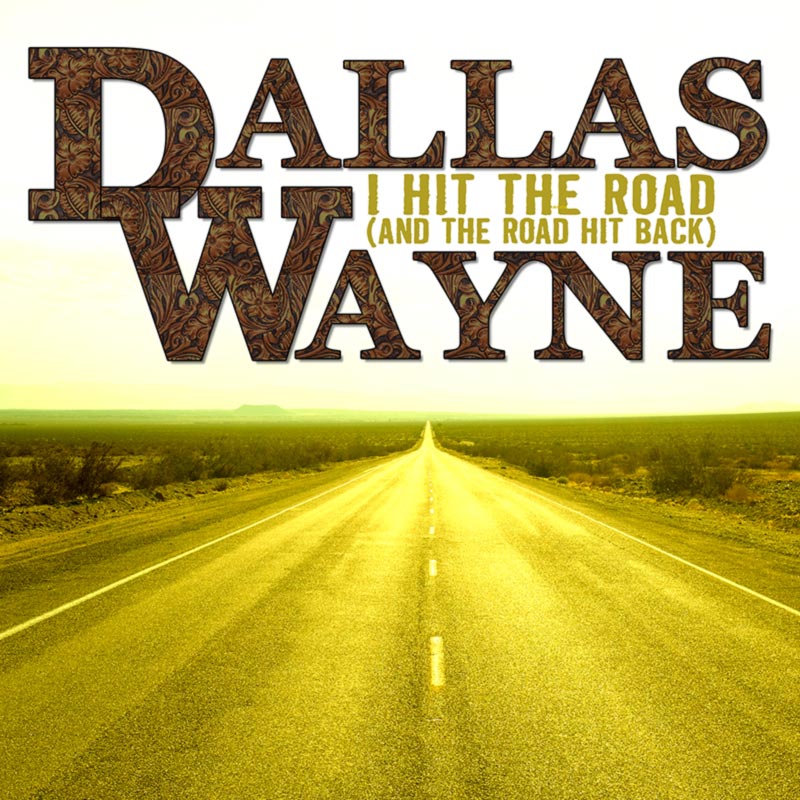 Premiered on Radio by SiriusXM and Digitally on Cowboys & Indians

“If I was in charge of the award shows, Dallas Wayne’s new single ‘I Hit The Road (And The Road Hit Back)’ would be Single of the Year!  The moment you hear it, you want to sing along and every honky tonk from coast to coast will be raising a beer and singing the chorus in unison as it literally pulls you onto the dance floor. Dallas brings the purest form of country music back to radio!”– Ward Bond, host of The Dr. Ward Bond Show

“Dallas Wayne has lived the story he wrote and sings about in “I Hit The Road, And The Road Hit Back” and his reflections might just be a metaphor for the road you’re traveling on”. With all the lessons learned along the way, he wouldn’t change a thing, and neither should you….enjoy your journey!”– Jeannie Seely

“Dallas Wayne’s new single “I Hit The Road (And The Road Hit Back )” is a powerful, energetic song with a great honky-tonk flavor. A definite hit. Awesome drums!”– William Lee Golden / The Oak Ridge Boys

“Dallas Wayne is an institution and anyone who has been on the road will know the title of ‘I Hit the Road And The Road Hit Back’ is a real thing that happens.”– Lacy J. Dalton

A worldly wise and wonderfully catchy honky-tonk anthem with lyrics that should be stenciled on a poster or stitched into a sampler to hang in every country artist’s tour bus: “Thought I knew it all, but I didn’t know Jack. I hit the road, and the road hit back.”– Joe Leydon, Cowboys & Indians

NASHVILLE, Tenn. – Country music singer/songwriter and SiriusXM’s legendary personality Dallas Wayne sings of nonstop life as a musician with his latest single, “I Hit The Road (And The Road Hit Back)” available today, released by BFD/Audium Nashville and distributed exclusively through The Orchard. Dallas describes the exhausting yet riveting lifestyle of being on the road through his distinctive voice and driving beat of the tune. From Mississippi and Baton Rouge, to dive bars and long drives on the highway, the “honky-tonk star” never stays in one place for too long. “I Hit The Road (And The Road Hit Back)” was premiered by SiriusXM and is available to download and stream on all digital platforms now!

“I originally recorded I Hit The Road (And The Road Hit Back) several years ago after writing it with Robbie Fulks,” shares Dallas. “It’s always been a favorite ‘child’ of mine, and at times more real-life than not, and I’m excited for it to be the first single off my new album, ‘Coldwater, Tennessee’ which will be released on April 22. I hope you enjoy it!”

“I Hit The Road (And The Road Hit Back)” is just one of the exciting songs that are part of Dallas’ upcoming album of all-original material, Coldwater, Tennessee, which will be available on Friday, April 22. Dallas Wayne can also be heard on-air as host of SiriusXM’s Willie’s Roadhouse, channel 59, and Outlaw Country, channel 60.