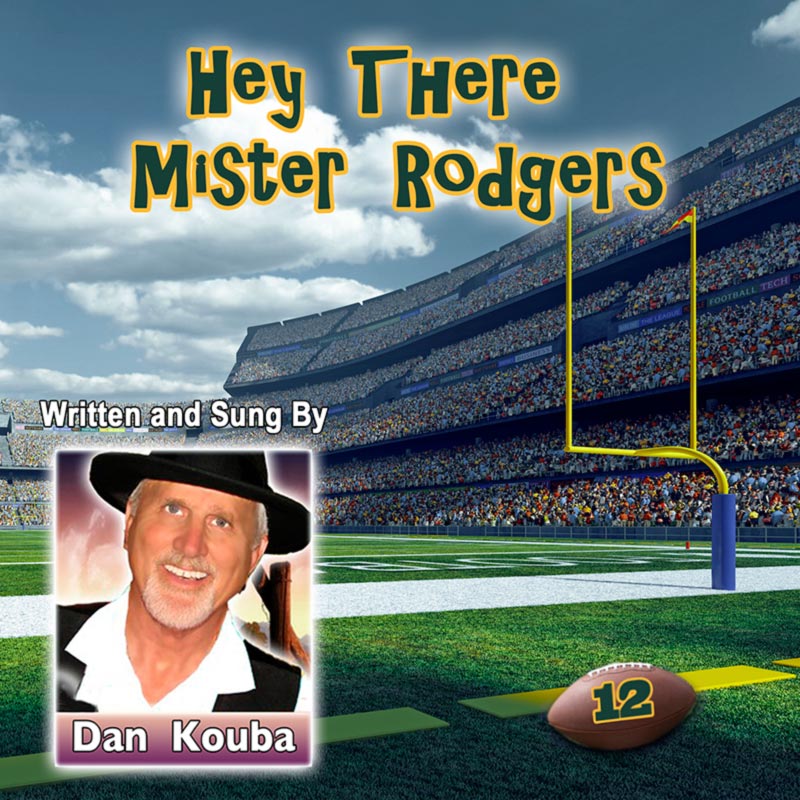 Premiered by The Josie Network and Nashville.com

NASHVILLE, Tenn. – Singer/songwriter Dan Kouba sends a lighthearted message to Green Bay Packers quarterback Aaron Rodgers with the release of his new single “Hey There Mister Rodgers.” Relatable to die-hard Packers fans, the witty tune proves Kouba’s loyalty and gives thanks to Rodgers. A “Packer ‘till the end,” Kouba sings what all fans are thinking – “we pray that you won’t go!” “Hey There MisterRodgers” was premiered by The Josie Network and Nashville.com and is available to download and stream on all digital platforms now!

“As a devoted Green Bay Packers fan with the ability to write and sing, I felt compelled to do my part to keep Aaron Rodgers wearing the famed green and gold uniform by honoring him with a song! ” shares Kouba.

Kouba’s soaring vocals and songwriting skills go beyond this new single, with music inspired by the upcoming documentary “Apache Blues: Welcome Home,” which follows the journey of two filmmakers who try to find the truth between what society teaches and the reality of fighting in war. Kouba’s talent shines in each tune he creates, giving listeners songs that are both relatable and meaningful. Full of life and feeding off the world around him, the release of “Hey There Mister Rodgers” proves there is no slowing down for the gifted musician. Fans will not want to miss this fun single and everything Kouba has planned in the next few months!

About Dan Kouba:
Wisconsin native Dan Kouba found his love for music and started writing original songs after his second heart surgery at 64 years old. Having owned eight companies with 82 employees, and recovering from alcohol for over 30 years, Dan turned to playing guitar and singing for a new journey that keeps him stress-free. Young in spirit, he is able to blend all of his life experiences together with music to create heartwarming and uplifting songs. Dan’s positive energy beams through each creative tune he writes with exciting projects in the works for 2022.