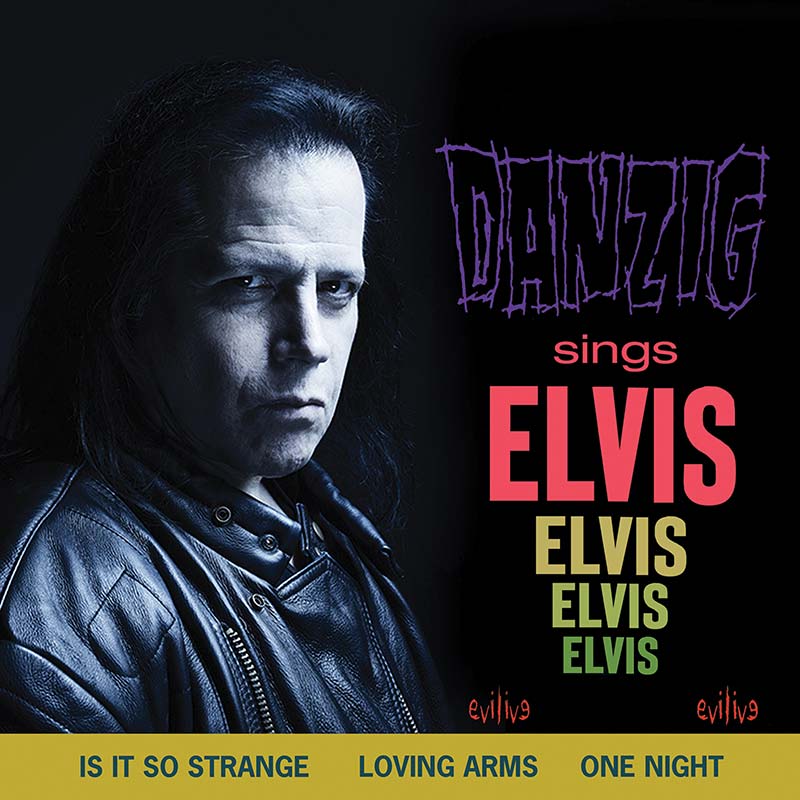 New Album ‘DANZIG sings ELVIS’ To Be Released On April 24

LOS ANGELES, Calif. – Anticipation for the DANZIG Sings ELVIS one-of-a-kind album release increases as the first single is finally in sight. Danzig’s version of “One Night” stays true to its classic Elvis foundation while exhibiting a modern alternative sheen unlike anything fans would expect to hear. The single was exclusively premiered by Rolling Stone on April 9.

Heavy metal icon and punk pioneer Danzig will be releasing DANZIG Sings ELVIS on April 24 with Cleopatra Records. After crediting Elvis Presley as one of his greatest influences, Danzig has wrapped up a full-length album that will also be available on vinyl. While recording this project, it was important to not only include some well-known Elvis recordings, but also some that were not hits, but influential nonetheless. With tracks such as “One Night,” “First In Line,” “Like A Baby,” a sinister take on “Fever” and a haunting rendition of “Always On My Mind,” it is evident that Danzig cut no corners when creating this iconic record.

Danzig will play more traditional hard rock shows with his famed self-titled band DANZIG this summer in Europe and will also headline the Psycho Las Vegas festival in August. Listeners of the album and show audiences will be on the edge of their seats before each new single begins, awaiting the perfect modern rock/classic hits blend. Be on the lookout for other, more intimate Exclusive DANZIG performances happening later this year in support of this DANZIG Sings ELVIS release!

To stream the single: orcd.co/danzigsingsonenight

To pre-order/pre-save the album: orcd.co/danzigsingselvisalbum

More About Danzig:
Danzig is the founder of the bands Misfits, Samhain and Danzig. He owns the Evilive record label as well as Verotik, a Mature Readers comic book publishing company. As a singer, he is noted for his baritone voice and tenor vocal range; his style has been compared to those of Elvis Presley, Jim Morrison, and Howlin’ Wolf.

In a 2015 Rolling Stone interview, Danzig shared that Presley was among his chief musical influences.

“Elvis is actually kind of how I got into music,” Danzig said at the time. “When I was a kid, I was cutting school pretending I was sick and I would lie at home watching old movies, and Jailhouse Rock came on with Elvis. I was like, ‘I want to do this. This is great.’ And that’s how I veered to music.”

Along with releasing 11 albums and 28 singles, Danzig has written songs for legends such as Johnny Cash and Roy Orbison. Fans know that Danzig’s immeasurable talent and striking shows keep the crowds wanting more.

To keep up with tour dates and new releases, follow Danzig’s socials linked below.