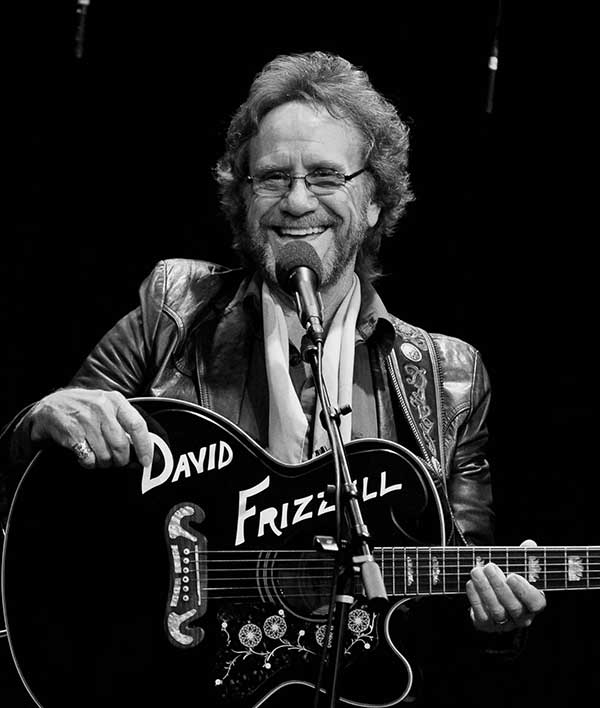 NASHVILLE, Tenn. – CMA and ACM award winning and Grammy nominated hit-maker, David Frizzell celebrates the 40th anniversary of “You’re The Reason God Made Oklahoma,” a duet with Shelly West which was released in 1980 and reached number one in 1981. Although turned down by countless labels, it was featured in Clint Eastwood’s film “Any Which Way You Can,” providing the boost needed to be heard. Once released, it shot to number one and secured a contract for the duo with Warner Brother Records. The duet was even ranked in CMT’s 100 Greatest Duets in country music, reaching number six.

“Thanks to my older brother Lefty for starting my musical journey and thanks to my younger brother Allen for introducing me to Shelly West and thanks to Shelly for using her amazing talents in singing “You’re The Reason God Made Oklahoma.” And a special thanks to Clint Eastwood for putting our song in his movie “Any Which Way You Can”… which, 40 years later my musical journey continues” says David Frizzell.

David Frizzell is one of the greatest voices in country music with a haunting resemblance to his older brother, the ultimate stylist, Country Music Hall of Fame member Lefty Frizzell. Both share that raw, forlorn quality that is essential to the interpretation of traditional country themes. Even during the duet years with Shelly West, David Frizzell continued his solo career as well with “I’m Gonna Hire A Wino To Decorate Our Home.” As producer of the popular Frizzell & Friends series of projects, David brings together some of the top performers in the business for both live and recorded projects such as Crystal Gayle, T. Graham Brown, Johnny Lee, Lacy J. Dalton and more.

In 1982, Frizzell released “I’m Gonna Hire A Wino To Decorate Our Home,” which made its way to number one. In recent years, Frizzell created his own label Nashville America Records and has released several albums including Frizzell & Friends: This Is Our Time which includes a bonus track, written in honor of Lefty Frizzell, Merle Haggard, and traditional music in general. “Lefty, Merle & Me” features David with Marty Haggard.

David Frizzell is a timeless and tireless entertainer who continues to share his many gifts to the delight of fans old and new across the US and throughout the world.