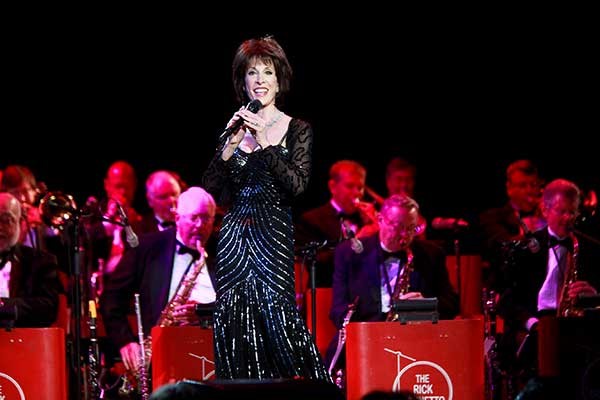 Deana will perform three nights at Herb Alpert’s Vibrato in Bel Air, California, July 23, 24 and 25 at 8pm. Tickets and reservations are available at vibratogrilljazz.com or by phone at 1-310-474-9400.

An Evening with Deana Martin honors these renowned voices and songsmiths who crafted the soundtrack of our lives. With musical performances of hits like “Beyond The Sea,” “Everybody Loves Somebody,” “Destination Moon,” “That’s Life,” “Memories Are Made Of This,” “That’s Amore,” “Fly Me To The Moon” and fresh new songs like “Where Did You Learn To Love Like That,” and “Tennessee Whiskey,” Deana continues to spotlight her legendary father Dean Martin allowing you to relive some of the most treasured moments from Dean’s long and illustrious career as well as other great performers who shaped American music and popular culture for over four decades.

In the words of noted jazz reviewer Don Heckman: “Added to that, Deana performs more far-ranging titles, including “I Love Being Here With You,” “The Lady Is A Tramp,” “Gee Baby Ain’t I Good To You,” and “Miss Otis Regrets.” That’s a group of songs that would challenge the skills of most artists in the contemporary pop music world. Deana handles it with an illuminating blend of musicality and interpretive skill.”

One of the many highlights of An Evening with Deana Martin is the electronic duet of “True Love,” with Dean Martin performing via video. Critics and audiences agree that this is a moving and emotional experience that always brings a standing ovation.

An Evening with Deana Martin is a combination of musical treasures intertwined with personal reflections and private recollections, from a lady who grew up having a family like relationship with the people to whom she is paying tribute. The show brings all the essentials of classic concert entertainment; the world’s best music, personal and often hilarious recollections from Deana’s life and career, interaction with her audience, plus her innate musicianship.

In 2018 Martin was bestowed the official title of Trobairitz by the Friar’s Club in New York City. This coveted title has previously been awarded to several other esteemed female entertainers, including Liza Minnelli, Barbra Streisand, Dionne Warwick and Kristin Chenoweth.

Deana is undeniably authentic – a living connection to the greatest era in entertainment – touring and hosting her popular celebrity roasts, celebrating famous friends all over the country.

For additional information on her appearances and concert events, please visit DeanaMartin.com.