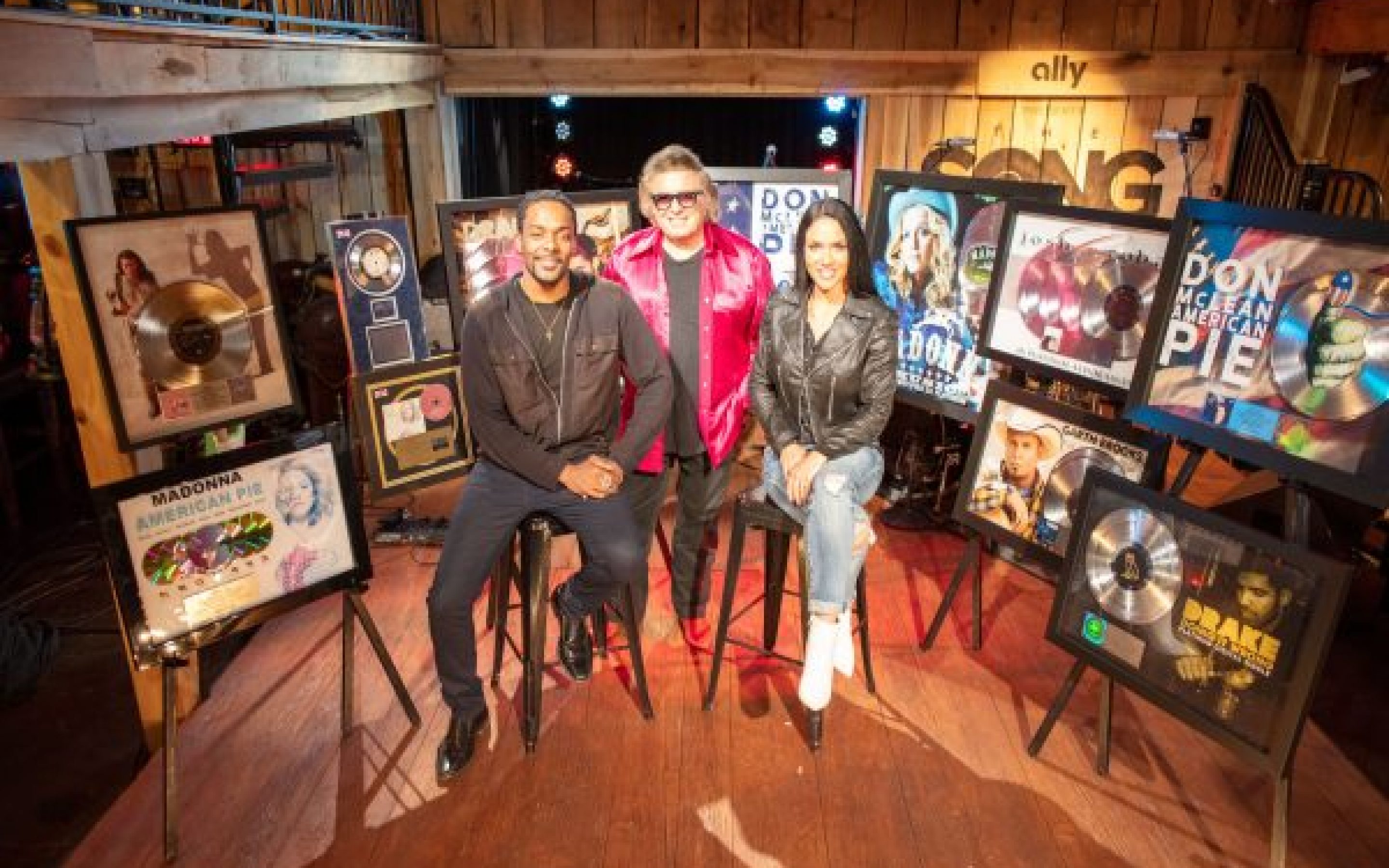 Nashville, Tenn. – Singer/songwriter Don McLean was celebrated during the taping of ‘The Song – Recorded Live at TGL Farms,’ a new television series which will begin airing in January. Throughout McLean’s career artists including Garth Brooks, Madonna, Drake, Josh Groban, Weird Al Yankovic, and others have recorded songs written by the Songwriter Hall of Fame member. Plaques certified by the Recording Industry Association of America (RIAA) for gold, platinum, and multi-platinum sales in the United States as well as presentations from Australia, Austria, Belgium, France, Sweden, Switzerland, and the United Kingdom were bestowed on McLean.

“As a songwriter your songs are like your children, and you are hopeful everyone loves them as much as you do, but rarely is that the case. I am so grateful that songs I have written have touched so many lives and have been recorded by so many great artists,” says McLean. “Today’s presentation has truly blown me away as I never realized the success that my songs have brought to these amazing people.”

McLean continues to license his music and lyrics to commercials, movies, and fellow artists. McLean’s body of works is published through Benny Bird Company, Inc and administered through Universal Music Publishing.