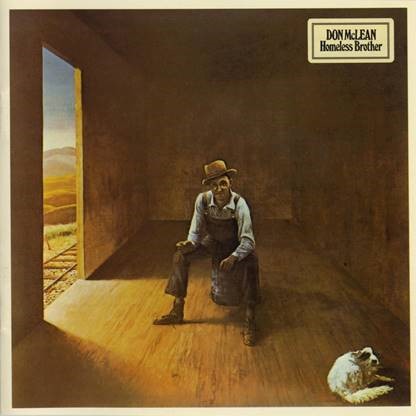 McLean’s song details the shameful events surrounding an
African American man who died in 1913 after falling from a train.

NASHVILLE, Tenn. – Legendary folk singer and songwriter Don McLean reflects on his 1974 song “The Legend of Andrew McCrew,” which was written about a homeless African American man who died after falling from a freight train in 1913, but whose body was never given a proper burial until nearly 60 years later in 1973. Detailed in a recent article posted by Dallas Morning News, McCrew was often referred by many as “The Amazing Petrified Man” because after his death his corpse was mummified, and eventually stashed in a basement near Dallas, Texas after no relatives claimed him.

“When I wrote the song ‘The Legend of Andrew McCrew’ and recorded it on my album called Homeless Brother, produced by the wonderful Joel Dorn, I sang it for my friend Lee Hays who was a member of the famous folk quartet The Weavers,” said McLean. “Hays was in his 60s at that time and was raised down South. He paused for a moment, and said, ‘I saw that mummy.’ I was shocked, of course, as he described the strange underworld of racism in the Deep South. Black bodies hanging from tree limbs where the night before people danced, partied, and stuck the corpse with hot pokers. Carnivals with a black, legless corpse dressed in a tuxedo. I realized the story behind the song I had written was much more than simply the facts presented in The NY Times “Mummy Buried in Dallas.” This world I discovered should someday be explored more fully. I think it might bring greater understanding of what it was like – and still is like – to be black in America.”

With over 40 gold and platinum records worldwide, McLean’s prowess for writing timeless songs is once again captured on his latest album Botanical Gardens, as he artfully weaves country, Americana, folk, and boot stomping rock for an eclectic, yet American sound that he is known for.