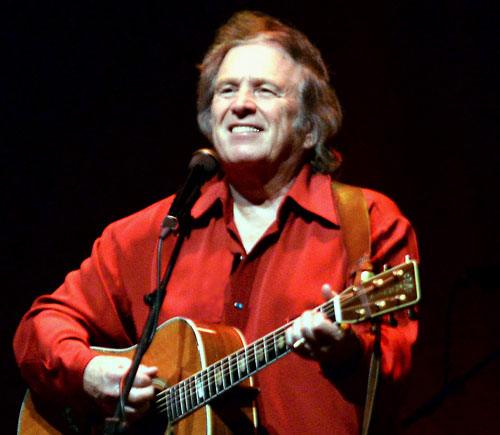 NASHVILLE, Tenn. – Legendary American singer, songwriter, and performer Don McLean recently signed a third extension to his ongoing administration deal with Universal Music Publishing Group, worth $4.5 Million. McLean, whose relationship with UMPG goes back to 1990, had this to say on the deal, “Universal has done a great job at getting my songs in movies and TV shows, and they are a first class, worldwide organization.”

With songs like “American Pie,” “Vincent (Starry, Starry Night),” “And I Love You So,” “Castles in The Air,” “The Grave,” and many more, McLean is one of many hit-makers represented by UMPG such as Adele, U2, Elton John, Billy Joel, Neil Diamond and Pearl Jam, among many others.

McLean is also readying for the second leg of his 2018 World tour which begins October 1 in Essen, Germany, and will take him through Switzerland, Holland, Belgium, Finland and Norway. McLean’s previous European tour in June of this year yielded plenty of sold out shows and praise from the European press.

McLean also recently became a celebrity ambassador for Teen Cancer America (TCA) after attending and performing at one of the charity’s Backyard Concert Series events in August. McLean was invited by Teen Cancer America charity founder Roger Daltrey of The Who to the star-studded event which raised over $3.5 Million for the charity that evening. McLean also rehearsed with GRAMMY Award winner Ed Sheeran backstage that evening, which the video went viral on the internet soon after. Later that evening Sheeran would join McLean onstage for a special duet performance of his hit song “Vincent (Starry, Starry Night).”

With over 40 gold and platinum records worldwide, McLean’s prowess for writing timeless songs has once again been captured on Botanical Gardens, his newest album, released in March, 2018 on BMG. McLean artfully weaves country, Americana, folk, and boot-stomping rock for an eclectic, yet American sound that he is known for. Botanical Gardens is his 19th studio album and first in 8 years, is arguably one of Don’s most reflective to date.

As he characterizes it, “The inspiration for the project started years ago when I would walk in the beautiful gardens in Sydney, Australia near the Opera House. I would dream young dreams and it was a comfort and an inspiration. I was always young inside, like we all are, and I felt it again there.” Further reflecting on the record, Don says, “the whole album really revolves around the title song. Later on I realized that the gardens are really a metaphorical heaven, and there’s a kind of death and rebirth.”

About Teen Cancer America:
Every hour another 13-25 year old is diagnosed with cancer in America. Teen Cancer America transforms the lives for this under-served patient population by working with our country’s leading cancer treatment and research centers. They create specialized clinical care programs, offer therapeutic experiences and provide access to individualized support and resources. This completely unique organization works with the leading healthcare institutions to build state-of-the-art Teen and Young Adult “Social Zones” for both in-patient and out-patient treatment settings. The work of Teen Cancer America has impacted over 5,000 young people and their families nationwide during the last six years. For more information, visit TeenCancerAmerica.org.