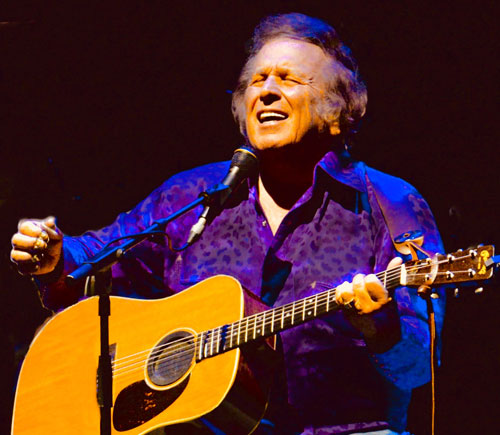 MEMPHIS, Tenn. – Memphis is recognized worldwide as the “home of the Blues” and the “birthplace of Rock ‘N’ Roll,” and Graceland’s Father’s Day weekend celebration will feature multi-platinum, legendary singer and songwriter Don McLean, who will perform on the Soundstage at Graceland on Saturday, June 15.

“I will be at Graceland for a Fathers Day concert and I will sing ‘And I Love You So,’ a song I wrote which Elvis sang during the last year of his life,” said McLean. “It also appears on his album, Today, released in 1975.”

Throughout the weekend, guests will be treated to tours of the iconic Graceland mansion, Elvis Presley’s Memphis™ entertainment complex and experience the brand-new Graceland Exhibition Center featuring three fantastic exhibits: Muhammad Ali: Greatest of All Time, Memphis Music Legends and A Century of the American Motorcycle. To purchase tickets, please visit GracelandLive.com/don-mclean.

Since first hitting the charts in 1971, Don McLean has amassed over 40 gold and platinum records world-wide and, in 2004, was inducted into the Songwriters’ Hall of Fame. Classic hits like “American Pie”, “Vincent (Starry Starry Night)”, “Castles in the Air”, “And I Love You So”, “Crossroads” and “The Grave” propelled McLean into the mainstream. Many of his songs have been recorded and sung by musicians from every genre, including Madonna‘s No. 1 recording of “American Pie” in 2000, George Michael’s rendition of “The Grave” in 2003, and James Blake’s version of “Vincent (Starry Starry Night).”