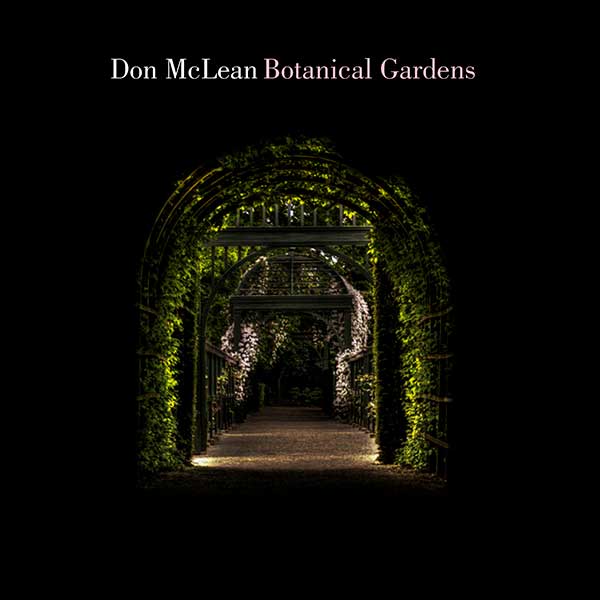 Botanical Gardens, his 19th studio album and first in 8 years, is arguably one of Don’s most reflective to date. As he characterizes it, “The inspiration for the project started years ago when I would walk in the beautiful gardens in Sydney, Australia near the Opera House. I would dream young dreams and it was a comfort and an inspiration. I was always young inside, like we all are, and I felt it again there.” Further reflecting on the record, Don says, “the whole album really revolves around the title song. Later on I realized that the gardens are really a metaphorical heaven, and there’s a kind of death and rebirth.”

His biggest hit, “American Pie,” was recently recognized with high honors by BMI for achieving five (5) Million-Air certified airplay awards, along with “Vincent (Starry, Starry Night)” achieving three (3) Million-Air certified airplay awards. “American Pie” also has been inducted into the Grammy Hall of Fame, and is also included in the archive at the Library of Congress. Don McLean was inducted in the Songwriters Hall of Fame in 2004.

Official ‘Botanical Gardens’ track listing:
1. Botanical Gardens
2. The Lucky Guy
3. A Total Eclipse Of The Sun
4. The Waving Man
5. When July Comes
6. You’re All I Ever Had
7. Rock and Roll Your Baby
8. I’ve Cried All The Tears That I Have
9. Ain’t She A Honey
10. The King of Fools
11. Grief And Hope
12. You’ve Got Such Beautiful Eyes
13. Last Night When We Were Young

About BMG:
BMG is a new kind of music company. Our mission is clear; to help artists and songwriters make the very most of their songs and recordings in the digital age.

That’s why we offer the best creative support, provide the best access to platforms and work hard to maximize the value of each and every copyright, ensuring all our artists receive all payments promptly and accurately.

We are not a technology company – though we use the best technology. We are not just a music publisher or a record label – although we offer both services.

And as a new music company we know that songwriters and artists don’t work for us – we work for them. It’s a knowledge as clear as our commitment; to make BMG the best international music company – both for songwriters, artists and those who want to use their music.