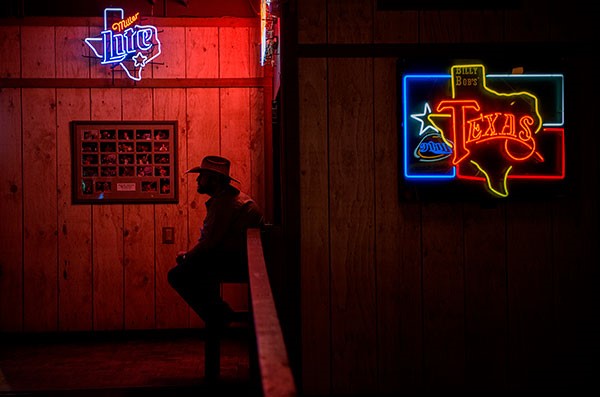 Plus, the Budweiser Clydesdale Horses will trot their way into Billy Bob’s on February 2, making a special delivery!

FORT WORTH, Texas – Billy Bob’s is the home of big-name concerts, bull riding and chicken fried steak with a reputation as gigantic as the state itself. With a new dance floor, Billy Bob’s Texas fans will be two-stepping throughout the month of February with top name entertainers from the past, present and future gracing its historic stage.

Tickets are set to go on sale Friday, Feb 1 for Texas’ own Midland. The 2018 ACM Best New Vocal Duo or Group of the Year will take the stage at Billy Bob’s on Friday, June 28.

The matching Budweiser Clydesdales with their beautiful white feather legs will be at Billy Bob’s Saturday from 1 to 3 PM for fans to get up-close to these gentle giants and take photographs of the Clydesdales in front of the world’s largest honky-tonk.

Each horse is a little over 18 hands high; that is about six feet at the base of the neck, and weigh in around 2,000 pounds each, pulling an authentic Freight Wagon as they did to deliver beer prior to motorized vehicles.

The first ceremonial Budweiser Hitch went to the White House in 1933 to deliver a case of beer to President Roosevelt, marking the end of Prohibition.

Rock the house!
Billy Bob’s has long been home to many kinds of music. From rock to rhythm and blues, it’s more than just country and western acts that perform on our famous stage. Past artists include Roy Orbison, The Temptations, James Brown, B.B King, Ray Charles, Ringo Starr, Tina Turner, Marvin Gaye and many, many more.

47,500 Bucking Bulls
Over the past 30 years, more than 47, 500 bulls have bucked in Billy Bob’s arena. World Champions including Tuff Hedeman, Ty Murray, and Adriano Moraes have all tested their skills in Billy Bob’s arena. Bull riding at Billy Bob’s is often the focus of movie and TV shoots, including specials on Comedy Central, Walker, Texas Ranger, Necessary Roughness, CBS This Morning, Fox For Breakfast, and The Travel Channel.

Guiness Book World’s Largest Belt Buckle
The largest belt buckle is 1.98 m (6 ft 6 in) tall, 2.59 m (8 ft 6 in) wide, achieved by ESPN in partnership with Kelly Graham (Both USA) at “ESPN The Magazine’s NEXT BIG Weekend” in Fort Worth, Texas, USA, on 3 February 2011. According to event organizers, the facade of the aluminum buckle paid homage to the state of Texas, the city of Fort Worth, ESPN and other scheduled pre-Super Bowl professional National Football League celebrations. The belt buckle was unveiled – and permanently resides – at Billy Bob’s Texas.