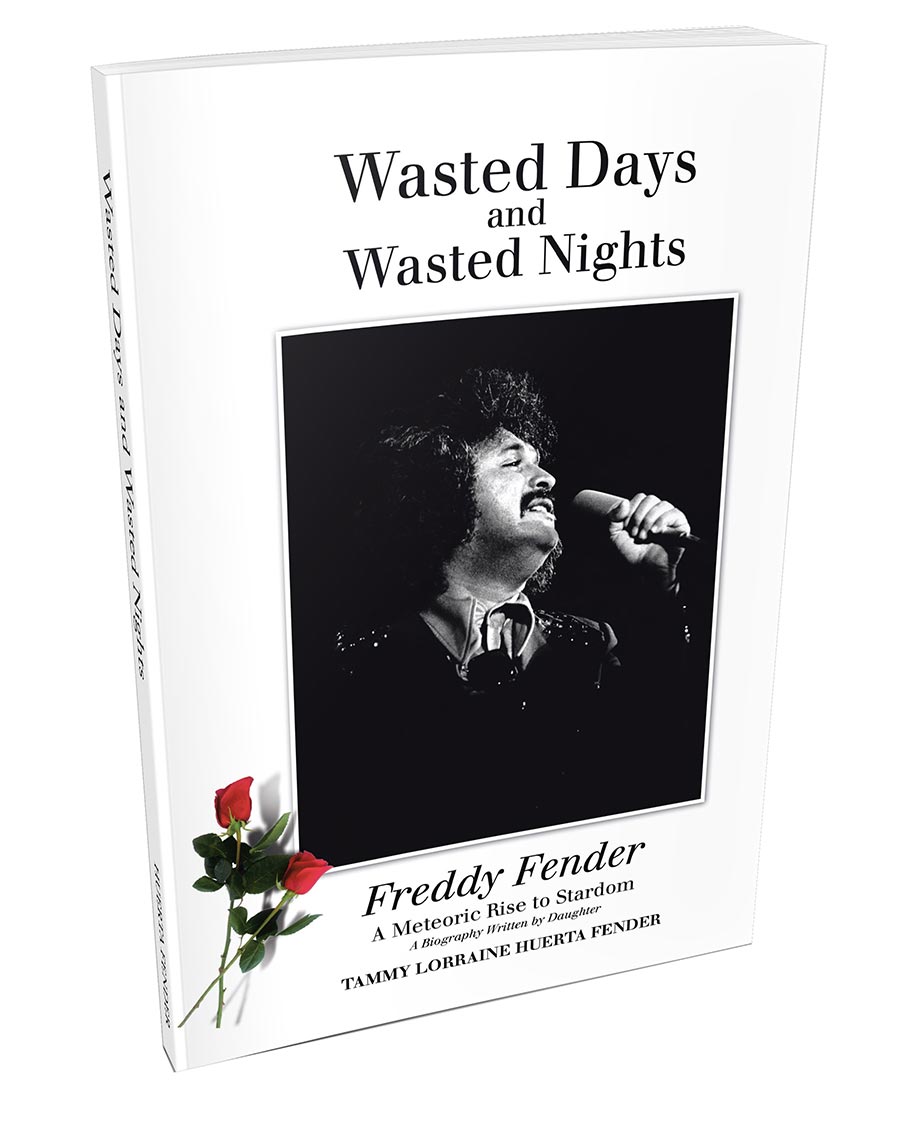 San Benito, Texas – ‘Wasted Days and Wasted Nights: A Meteoric Rise to Stardom’ written by Tammy Lorraine Huerta Fender tells the true-life story of her famous father, the late Baldemar Huerta aka Freddy Fender – The King of Tex-Mex. As only seen through the eyes of Freddy’s daughter, her book expresses in intimate detail his rise to success, heartbreaking fall and final redemption bringing to life the heartfelt memories of a man and family caught in the whirlwind of great fame, and conveys in a compassionate yet forthright manner the shattering addictions that accompanied this fame.

‘Wasted Days and Wasted Nights’ takes the reader on a journey which covers Freddy’s early life of brutal poverty as a child migrant worker, his years as a U.S. Marine, the shocking arrest and imprisonment of his early 20s, his barrier-breaking singing career as he exploded into and crossed over different music genres, and the alcohol and drug addiction from which he suffered.

During his last 21 years of sobriety, Freddy sought spiritual redemption, practiced forgiveness and made amends in his daily life; he came to lead by example with the aid of his higher power Jesus Christ. Freddy Fender was known to millions of people across the world as “an ordinary man who had extraordinary God-given talents.”

Available at Amazon and Barnes & Noble.

About Freddy Fender:
Freddy was a Mexican-American singer who rose from the depths of poverty, breaking free from a life spent picking cotton and rising to a life spent picking guitar. In his youth, in 1956, he was the first to record and sing Spanish rock and roll; he was known as the “Mexican Elvis” and called “El Bebop Kid.” In the mid-1970s, Fender would become famous literally overnight as a rock ‘n’ country megastar with his first two monster hits “Before the Next Teardrop Falls” and “Wasted Days and Wasted Nights.”

Instantaneously, his records crossed over the Billboard country charts into the rock and pop charts, each rising to No. 1. He was given a Country Music Association award for “Single of the Year” and an Academy of Country Music award as “Most Promising Male Artist” in 1975. His voice and charismatic personality also made him a nationwide television celebrity in the ‘70s and ‘80s.

About the Tammy Lorraine Huerta Fender:
Tammy Lorraine Huerta Fender has divided her father’s autobiography into two books. The first book explores Freddy’s struggles as he achieves the great American dream. The sequel delves into the darkness of the addictions that ravaged his and his family’s lives, forcing Freddy to the realization that he needed a divine intervention. The story of Freddy’s ultimate healing and hard-won sobriety is a searing story of faith and redemption. Tammy states that in writing a frank, realistic book that tells the true story of her father’s life, she is honoring her father’s last wish; Freddy wanted an authentic, uncompromising book to be written about his life. And readers will see that his daughter Tammy has done just that, conveying in honest prose the tale of a child migrant worker with a passion for music who picked cotton, a three-string guitar and achieved the great American Dream.