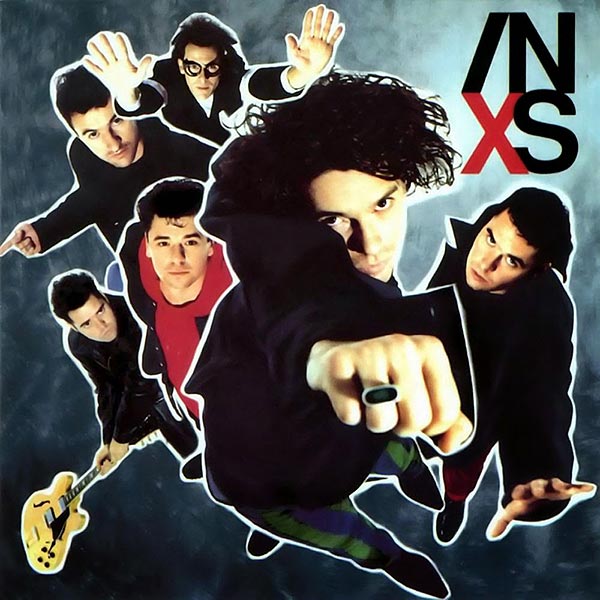 TAMWORTH, Australia – Singer/Songwriter Andrew Farriss celebrates the 30th Anniversary of the multi-platinum selling album ‘X,’ released on this day 30 years ago from the world-renowned band, INXS. Farriss, a founding member of the band, played keyboard and provided backing vocals and other instrumentation. With INXS, he has sold over 60 million records, received multiple Grammy nominations, and an induction into the ARIA Hall Of Fame in 2001. ‘X,’ INXS’s 7th studio album, was released on September 25th in 1990.

“I can’t believe it’s been 30 years since the release of the ‘X’ album,” shares Farriss. “As INXS, we knew we had to have the right songs to follow up on the massive success of our previous album ‘KICK’. I love the energy of the ‘X’ album. My favorite songs are still “Suicide Blonde,” “Disappear,” “Bitter Tears,” “Who Pays The Price,” and “Hear That Sound,” plus having blues music legend Charlie Musselwhite playing on the ‘X’ album with us was awesome!”

‘X’ served to further the tremendous success achieved by the band with singles such as “Suicide Blonde” and “Disappear”. Mystify, a documentary released in March of 2019 details the life and untimely death of INXS frontman Michael Hutchence in a one-night U.S theatre showing. The documentary remembers Hutchence at his most vulnerable and artistic states. For more information and to view the ‘Mystify’ trailer visit YouTube and Rolling Stone.

Never Tear Us Apart: The Untold Story of INXS, released in 2014, gives fans an inside look at what unique star qualities carried INXS from Australian pubs to sold-out stadium tours around the world. In July of 1991, the band sold out Wembley Stadium in the UK, playing the show of their lives to over 74,000 fans. The concert was captured by over a dozen film cameras and the original audio and video were simultaneously remastered from the original 35mm film and re-released in 4K UHD and other digital and disc formats earlier this year. For more on this release, read Jon Blistein’s coverage in Rolling Stone.

A true testament to the timelessness of ‘X’ lies within the millions of people who still revisit it’s signature sound 30 years later. Outside of INXS, Farriss continues to embark on a solo career and bring healing music to long time fans. ‘Love Makes The World,’ Farriss’s 5 song EP is to be released on October 2, 2020 through BMG worldwide.

Visit HERE to keep up with everything Andrew Farriss.

About Andrew Farriss:
Andrew Farriss is a creative, versatile, award-winning artist embarking on an adventure to present his individual talents to the world. Not only did Farriss co-found the iconic INXS mentioned above, he was also the main songwriter, played the keyboard and guitar, and sang backup vocals for the band. His hard work has paid off as the group went on to be nominated for Grammy, Brit, MTV Music, and ARIA Awards. He alone won producer of the year at the ARIA Awards and has written songs for various albums that have gone triple platinum. Native to Tamworth Australia, Farriss now splits his time between his home country and Nashville, Tennessee. Among many shows, Farriss frequents the Bluebird Cafe in Nashville and makes a highly anticipated yearly appearance at Tamworth’s Country Music Festival in Australia. He has toured the globe for over 50 years, impacting the world with his Americana arrangements. Nothing can stop Farriss’s creativity and his recent work serves as a roadmap of the numerous feats he has achieved.