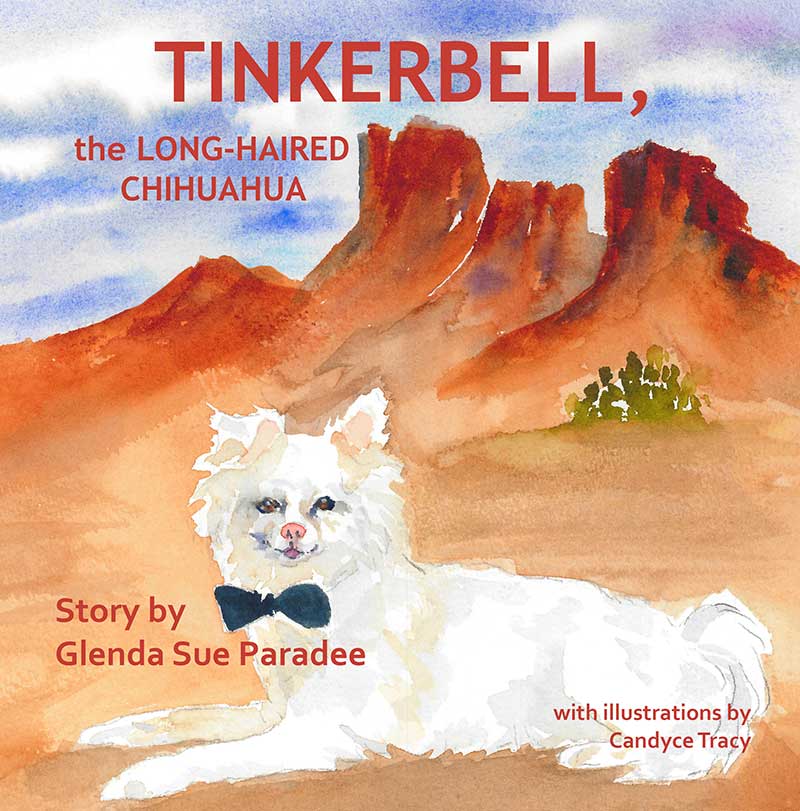 PHOENIX, Ariz. – Lights! Camera! Action! Ever heard those words? Ever wonder who was behind that camera taking those images that grace the covers of magazines and get exploited all over social media pages. Well, one time or another, I can bet you have seen the work of Glenda S. Paradee, a music enthusiast from a young age, has been taking photos for over 35 years. Through the years, Paradee has traveled the world snapping photos, meeting some of the biggest names in entertainment from Dolly Parton to Cher, and publishing a once-print publication to now-digital web-zine called Thanks For The Music.

Now in 2020, Paradee furthers her publishing efforts with the release of her first children’s book – Tinkerbell, the Long-Haired Chihuahua. The book is based on real life accounts of love and devotion between Paradee and her fur baby. The story showcases how it’s okay to be different all while being happy and knowing you are loved.

Sharing nearly 16 years of time together, Paradee continues to feel his spirit and knows she will see him again one day.

“This book describes and illustrates some of the adventures and highlights of his life with me,” adds Paradee. “His memory was the inspiration for writing this book. It was very therapeutic for me to share memories of my life with Tinkerbell.”

To order copies of the book, go to thanksforthemusic.com/shop.

About Glenda S. Paradee:
Growing up in the Bay Area of California before settling down in Arizona in the 70s, Paradee spent many days and nights sharing fun, laughter, and experiences with her four siblings and parents. It was during those times that Paradee became best friends with her camera and soon became the family photographer.

Her love for music expanded as she was toting her camera alongside to every concert she attended. Snapping away show after show and using those images to reminisce about what a great time she had hearing her favorite songs and getting a smile from her favorite artists. “Those days were so much fun. I got to show all my parents and all my sisters and brother the pictures and it always put a smile on their face to see the photos I took,” says Paradee. Year after year as Paradee would see the same artists come back to town, she carried an envelope of photos from the year before making sure the artist would get that envelope. Poof, all of sudden, Paradee was seeing her images printed in fan club newsletters and magazines.

In the 90’s, after Paradee had become a mainstay among all local venues within Arizona, she took a leap of faith and launched Thanks For The Music News – a 16-page print publication focusing on country music and highlights of the Arizona music scene. This endeavor scored Paradee the staff photographer position with KMLE Country radio, a job that ended up bringing things full-circle.

Today, Paradee lives in Gilbert, Arizona, with her husband, Sam, and their cocker spaniel, Taffy. Paradee loves to spend time in the outdoors, going to concerts, and enjoys volunteering at Mercy Gilbert Medical Center in Pediatrics.

Paradee remains an active member of the Country Music Association, Academy of Country Music, the Recording Academy (Grammy awards), the Arizona Music & Entertainment Hall of Fame Advisory Council and is a lifetime member of the International Freelance Photographers Organization.