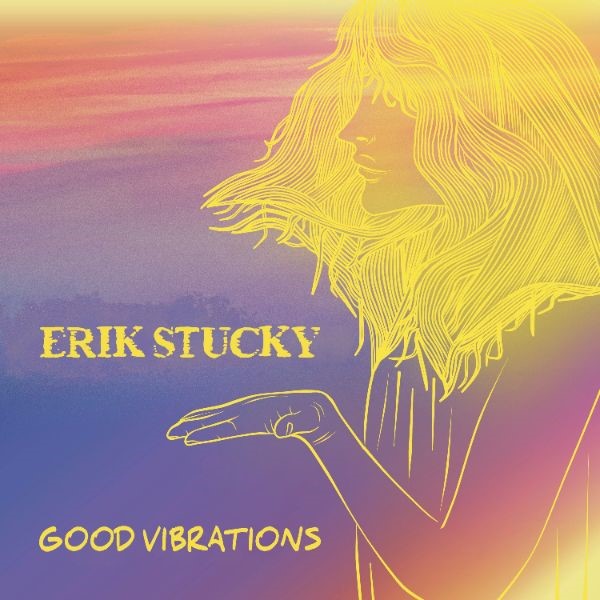 NASHVILLE, Tenn. – Experimental pop singer and songwriter Erik Stucky is thrilled to officially release the first song and lyric video today for “Good Vibrations” on M Music & Musicians magazine’s Mmusicmag.com. The new single is from his forthcoming new album of the same name, due out this summer.

The term “good vibrations” can conjure up different meanings for different people, but for Erik Stucky it can mean only one thing – positive, upbeat and fun, which directly correlates to his entire persona.

“Think of this track as your morning auditory coffee, your mid afternoon pick-­me-up and your Friday night pre­game,” said Stucky. “Play it, play it again, and keep spreading those Good Vibrations!”

The Montrose, Colorado-native, who relocated to Nashville in 2017, cites musical influences ranging from Lyle Lovett, to Paul Simon, to James Taylor. A pro with the mandolin and guitar, Stucky combines his passion for lyric writing, folk instrumentation, and big band arrangements as he seeks to break new creative ground in the burgeoning Nashville music scene.

“I wanted the album to be a compilation of feel good music with plenty of upbeat melodies that make people feel good,” Stucky says. The title track, “Good Vibrations” which features a lively horn section, driving mandolin solo, infectious melody and poignant lyrics will put a smile on any listeners’ face. “I wrote ‘Good Vibrations’ with Tiffany Gassett after we had a discussion about St. Thomas (U.S. Virgin Islands), where she lived and I visited a lot when I was younger. We decided to write an island tune, and it set the tone for the whole album. With all the craziness and anger in the world, I want to record and play music that elevates the listener. This project is sort of my protest to all of the negativity around us today.”

About Erik Stucky:
Erik Stucky is an American singer-songwriter and performer from Montrose, Colorado, who now resides in Nashville. Active as a recording artist on the international scene since the release of his debut album in 2017, Erik has performed across the United States and Europe. Performing on the mandolin and guitar, Erik combines his passion for lyric writing, folk instrumentation, and big band arrangements as he seeks to break new creative ground in Nashville’s popular music scene.