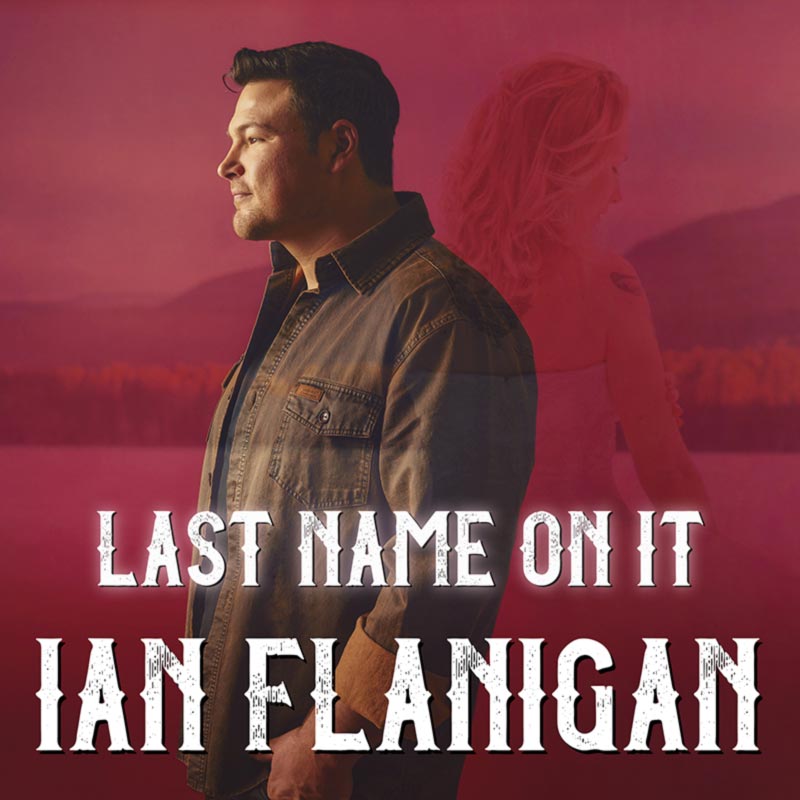 Ian Flanigan’s Full-Length Album Due Out Later This Summer

“Ian Flanigan has done it again. ‘Last Name On It’ is the love song of the summer! This catchy tune is the engagement/wedding love song of the century. Just listening to it puts a smile on your face and be careful guys, as there is so much power to this song that it’s going to put a ring on her finger. Love is in the air and on the radio airwaves. ‘Last Name On It’ a surefire hit from the most unique voice in country music, Ian Flanigan.” – Dr. Ward Bond, host of The Dr. Ward Bond Show

“Ian Flanigan’s new single “Last Name On It” will definitely become the “new” wedding song, just in time for the summer weddings. A romantic and soulful song, glad Ian is all about Country Music!” – Judy Shields, The Hollywood Times

NASHVILLE, Tenn. – Country music singer/songwriter and The Voice Season 19 finalist Ian Flanigan claims what’s his with the release of his latest single “Last Name On It.” Flanigan delivers a sweet and upbeat tune, saying that he has just the thing to complete his relationship – his last name! Flanigan’s unique voice combined with his smooth confidence makes for the perfect summer love song. “Last Name On It” is available to download and stream on all digital platforms today!

“I’m very excited to be releasing “Last Name On It.” I hope it brings you closer to the one you love this summer!” shares Flanigan.

Flanigan recently made his debut CMA Fest performance on the Maui Jim Reverb Stage, performing fan-favorite original music! His previous single “Under A Southern Sky” set the scene for those familiar hometown nights, where it doesn’t get much better than taking a drive with the windows down, sitting around a fire, and making memories. His bold vocals set the stage for hard-working, small-town dreamers, highlighting his one-of-a-kind talent and pure creativity. The lyric video for “Under A Southern Sky” was premiered by Music Mayhem!

About Ian Flanigan:
For the last decade, troubadour Ian Flanigan has toured his whiskey-soaked voice and evocative lyrics across America, with a country sound reminiscent of Joe Cocker and Chris Stapleton. In 2020, Flanigan was a celebrated finalist on NBC’s The Voice, finishing third as the representative from Team Blake. The country music world has since tapped him as an up-and-coming artist to watch. Flanigan has since then, continued to tour as direct support to Trace Adkins and Chris Janson, he has released his debut single, “Grow Up” featuring Blake Shelton (over 1.2 million streams), he represents Taylor Guitars and KICKER AUDIO, gains exposure as a Reviver Publishing writer in Nashville and looks forward to releasing his debut album in 2022 on Reviver Records.

Suggested post:
.@IanFlanigan releases latest single #LastNameOnIt, to be included on his upcoming album due out late summer Listen/stream/buy: orcd.co/lastnameonit