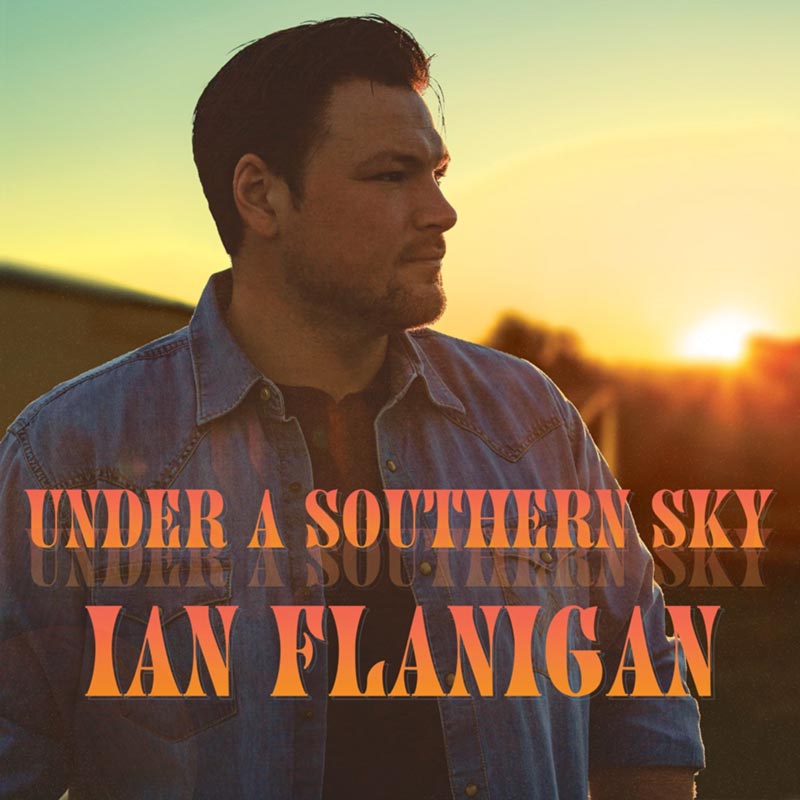 NASHVILLE, Tenn. – Country music singer/songwriter and The Voice Season 19 finalist Ian Flanigan transports listeners ahead to a feel-good, relaxed summer with the release of the lyric video for his latest single, “Under A Southern Sky.” Flanigan sets the scene for those familiar hometown nights, where it doesn’t get much better than taking a drive with the windows down, sitting around a fire, and making memories. His bold vocals soar on this theme song for hard-working, small-town dreamers, highlighting his one-of-a-kind talent and pure creativity. The lyric video for “Under A Southern Sky” was premiered by Music Mayhem and the single is available to download and stream on all digital platforms now!

“Under a Southern Sky is a song about that small-town summer night feeling when you’re feeling free and rocking out,” shares Flanigan. “It’s an anthem for that good feeling, really all year round, and I hope you resonate with the vibe as much as I do.”

Flanigan recently released “Grow Up,” another lively track that features his Voice coach and country music icon Blake Shelton. He is also set to take the stage at Ole Red in Gatlinburg, Tennessee on Friday, March 11 to open for Shelton, kicking off the “Spring Blake 2022 Tour.” As part of Flanigan’s continued tour dates, he will be performing alongside fellow Team Blake artists and surprise guests for unforgettable shows that you will not want to miss!

“I can’t wait! Feeling very grateful for the opportunity to open for him and be a part of Spring Blake. Love all the new music he’s been releasing. I’m looking forward to catching up and hanging out!” shares Flanigan.

About Ian Flanigan:
For the last decade, troubadour Ian Flanigan has toured his whiskey-soaked voice and evocative lyrics across America, with a country sound reminiscent of Joe Cocker and Chris Stapleton. In 2020, Flanigan was a celebrated finalist on NBC’s The Voice, finishing third as the representative from Team Blake. The country music world has since tapped him as an up-and-coming artist to watch. Flanigan has since then continued to tour as direct support to Trace Adkins and Chris Janson, he has released his debut single, “Grow Up” featuring Blake Shelton (over 1.2 million streams), he represents Taylor Guitars and KICKER AUDIO, gains exposure as a Reviver Publishing writer in Nashville and looks forward to releasing his debut album in 2022 on Reviver Records.