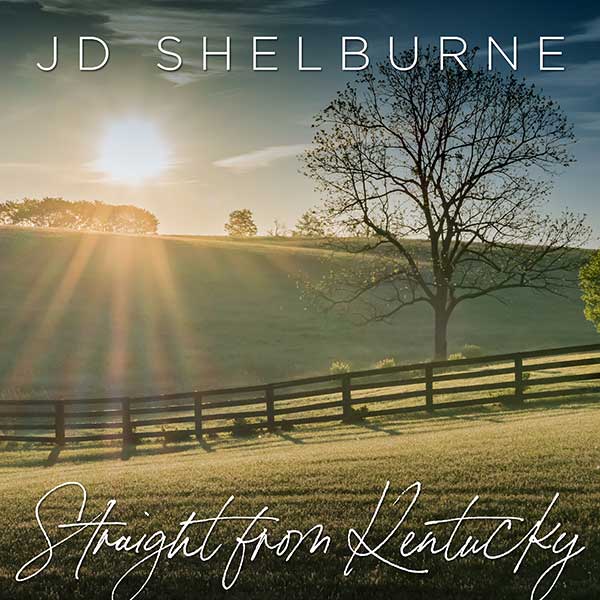 Shelburne’s brand new album due out summer 2020, with hometown release party in Taylorsville, Kentucky in the works

NASHVILLE, Tenn. – Country music recording artist, and Kentucky-native J.D. Shelburne has recorded the one song that he was seemingly destined to record: “Straight From Kentucky”. Co-written with hit-making songwriter Phil O’Donnell (George Strait, Craig Morgan, Trace Adkins) and fellow Kentucky native Tyler Booth, the song digitally released today, and is the first song from his highly anticipated new album due out later this summer.

“This was my first time sitting down with hit songwriter Phil O’ Donnell,” Shelburne said. “I was very honored to just be in the room with him, let alone finally getting a chance to sit down and write a song together about my home state!”

The upbeat and melody-driven tune pays homage to virtually all the iconic people, places and brands that hail from the Bluegrass State. And all the cultural aspects of life that you’d expect a true Kentucky boy like J.D. would sing about; Daniel Boone, Cassius Clay (Muhammad Ali), Louisville Slugger, Fort Knox, Bill Monroe, Jim Beam, the Colonel (Sanders) and of course, the Coal Miner’s Daughter (Loretta Lynn), amongst others.

“When J.D. came in with the title ‘Straight From Kentucky’ a little light went off in my head,” said Phil O’Donnell. “I am a big fan of so many artists from that state and things that are born and made in that state.I learned even more about Kentucky during the two or three days that J.D., Tyler and I wrote it. God Bless all Kentuckians and what they bring to the world.”

Shelburne Performs “Straight From Kentucky” For Kentucky Governor Andy Beshear
On January 8th in Frankfort, Kentucky’s State Capitol Rotunda, J.D. gave a very special performance of “Straight From Kentucky” for Governor Andy Beshear and other Tourism officials and media during an unveiling ceremony for Kentucky’s 2020 Official Visitor’s Guide. The Taylorsville-native graces both the front and back cover of the guide, with more than 400,000 issues circulating throughout the year. To see an online version of the visitor’s guide or to order a copy, click here.

J.D. gave the first live performance of the new song during his highly anticipated Hometown Rising Music Festival set in September 2019, where thousands of his biggest fans became the first to hear the anthemic tune.

“I came up with the idea of ‘Straight from Kentucky’ and wanted to write some kind of anthem song. Phil and I wrote this song back in July, while I was in preparation for the inaugural Hometown Rising Music Festival in Kentucky. I wanted to perform this kind of song to end my set so I knew it had to be special. We finished the song about 50% and Phil decided to bring another Kentucky-born artist, Tyler Booth to help finish it off. We recorded it at Warner, and it’s one of my favorite songs I have ever written. I think Kentucky is really gonna love this one!”