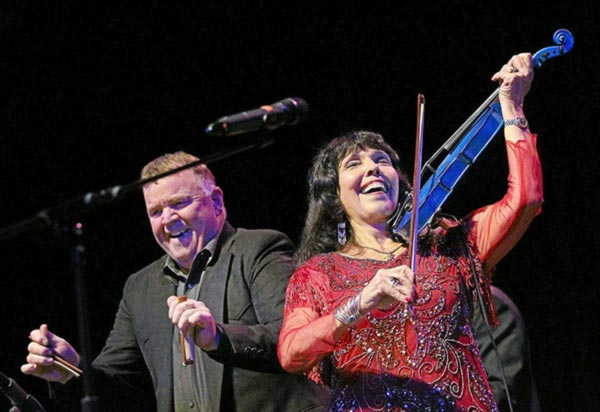 ‘5 to find: Things to do this weekend’
Cajun Fest returns to Grove, Oklahoma (Tulsa World)

Tulsa World recently included Cajun Fest in their ‘5 to find: Things to do this weekend’ roundup. [ READ HERE ]

Celebrating the diversity of our American music with this Cajun-themed Mardi Gras-style party, including good music, good food, and good times! It will be cool inside while enjoying the “hottest” Cajun dance music and the best Cajun food this side of Louisiana! The winning Cajun food by guest chef Dr. John Smith is delicious and features jambalaya, Cajun gumbo, and red beans & rice, served from 11:00 – 2:00, so don’t miss this!

“Cajun Fest is a family experience featuring delicious food, wonderful entertainment, and vendors, with talented artists and crafters at many booths, free Mardi Gras beads, and more,” shares Jana Jae. “At last – everyone is ready for live music again, and I’ll have my ‘magic blue Hee Haw fiddle’ ready to celebrate Cajun-style!!”

Jana Jae On Tour
Jana Jae is on the road again beginning in October 2021 with Rex Allen Days in Willcox, Arizona, and continuing to join Hee Haw alums on the road again in October, with an exciting upcoming year of concerts in 2022. More info can be found at janajae.com and kornfieldfriends.com.

About Jana Jae:
Whether Jana Jae is taking part in a bravura performance of Bach’s Double Concerto For Two Violins or bringing a country fair crowd to its feet with a sizzling rendition of “Orange Blossom Special,” she’s the kind of performer that people don’t forget.

Jana Jae taught music during her early career until she felt inspired to take her unique blend of music on the road. Jana, and her trademark ‘Magic Blue Fiddle,’ soon took the world of country music by storm. Buck Owens was one of the first big names to recognize her talent and hired her as the first female member of his “Buckaroos” band, and she was part of the regular team of performers on the popular television show, ‘Hee Haw.’ She won national kudos as an acclaimed fiddler and has appeared with country greats such as Buck Owens, Roy Clark, Chet Atkins, the Oak Ridge Boys, and Ricky Skaggs.