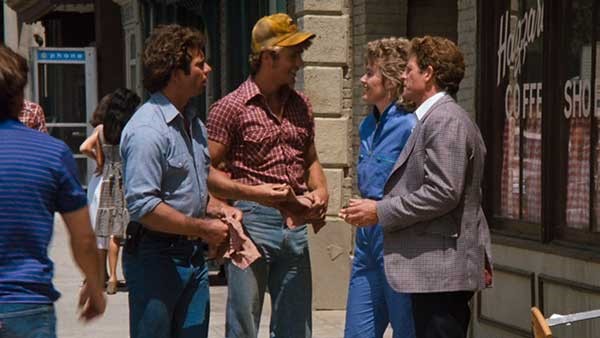 NASHVILLE, Tenn. — Janie Fricke, one of Country music’s award-winning female artists of the 80’s, is celebrating the 40th Anniversary of The Dukes of Hazzard, just like all the fans of the famed television show, except there is one catch. Janie Fricke practically gave birth to the General Lee!!

What??? Yes, it’s true! Janie Fricke played Ginny, a bank robber – on Season 7 Episode 1; an 8-year flashback show – in which, she along with her sidekick robbed a bank and in an effort to get-away crashed their 1969 Dodge Charger (it was black at the time). That vehicle was hauled off to the junk yard where the ‘Duke Boys’ discovered it and with the help of Crazy Cooter Davenport got it fixed up, painted orange, and ready for Boss Hogg’s Hazzard County Race. It then officially became the General Lee!

“That was really an exciting time for me. We taped the show around 83 or 84 and I was doing a show with Merle Haggard in LA when the casting director came backstage and asked me if I wanted to be on the show. She said if I could sing, I could surely act,” says Janie Fricke. “I was the only country singer to ever play an acting role on the show. Other stars like Dottie West, Oak Ridge Boys and Freddy Fender all got to perform songs on the show in the Boar’s Nest. When we filmed the episode, it took us 10 days to tape that one show and we had to wear the same outfit every day. It was really funny because even the chickens on the show had a manager and agent. Yes, animals have agents too! It sure is amazing to think that show is forty years old. Fans bring General Lee cars for me to sign all the time at shows and it just proves that people still love the down-home country lifestyle that all the Dukes lived.”