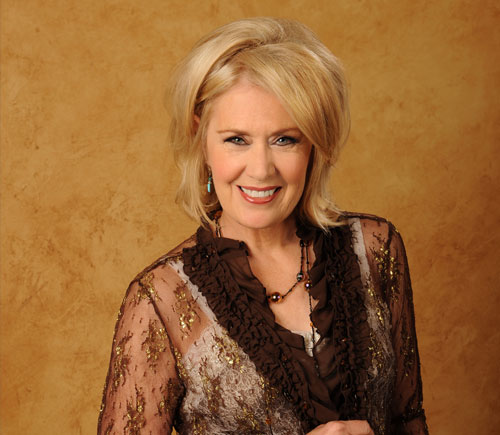 Raised on a farm in Indiana, Janie Fricke began singing in church, and later turned that talent into a career which began as one of the marketing industry’s most successful jingle singers. Long before her success as a country artist, millions of people became familiar with Fricke’s voice through ads for United Airlines, Coca-Cola, 7-Up, and Red Lobster. She soon became a session singer where she was singing background in the studio with some of the biggest country stars of the late 70’s and early 80’s, including Loretta Lynn, Eddie Rabbitt, Crystal Gayle, Ronnie Milsap, Barbara Mandrell, and Mel Tillis.

“I am so fortunate and honored that my music has meant so much to so many people throughout the years as I have worked with some great producers and songwriters.,” says Janie Fricke. “Now, as I get to go out and sing all those hit songs for the fans at concerts, it really brings back memories from when I made those records and I am just glad that the fans continue to come out to the shows to hear them.”

In recent past years, Sony Music Entertainment made four of Fricke’s classic albums available to fans on Spotify, Apple Music and other digital platforms – a rarity for some classic acts. The First Word In Memory, The Very Best of Janie Fricke, Black & White and Saddle in the Wind can now be found digitally! The collection of albums includes many of the 18-time chart-topper’s biggest hits, including “It Ain’t Easy Bein’ Easy,” “Tell Me a Lie,” “She’s Single Again” and more.

In addition, Fricke put a spin of bluegrass with some fresh interpretations of many of her beloved tunes with the release of Country Side of Bluegrass. The 13-track collection was produced by Bil VornDick, whose credits also include Alison Krauss, Bela Fleck, and Marty Robbins, and features some of the finest pickers in the industry.

About Janie Fricke:
A three-time CMA & ACM Female Vocalist of the Year, Fricke has hit the #1 spot on the Country charts an astounding 18 times. She was named Billboard Magazine Top Female Vocalist, was the First Female Voice on the Moon, and was named the UK’s Country Music Round Up’s Most Popular International Female Solo Act. Her music has reached Gold and Platinum sales status worldwide, and the talented and personable Indiana native has recorded numerous jingles for Coca-Cola, Pizza Hut and United Airlines. Janie has released 25 albums and 36 hit singles, and she remains one of the most-beloved entertainers in the Country field. Resource Janie online at www.janiefricke.com.