Janie Fricke Set To Present At 53rd Annual CMA Awards and Celebrates 35th Anniversary Of Three #1 Hits Including “Let’s Stop Talkin’ About It,” “Your Hearts Not In It” and “A Place To Fall Apart” With Merle Haggard 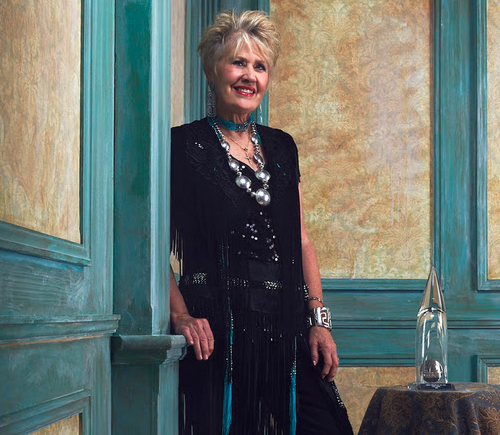 NASHVILLE, Tenn. — Two-time CMA Female Vocalist of the Year Janie Fricke will return to the CMA Awards stage as a presenter during the 53rd annual broadcast on Wednesday, November 13, 2019. In addition, Fricke is celebrating the 35th anniversary of three #1 hits including “Let’s Stop Talking About It,” Your Heart’s Not In It” and “A Place To Fall Apart” with Merle Haggard. Throughout the course of 1984, “Let’s Stop Talking About It,” written by Deborah Allen, Rafe Van Hoy and Rory Bourke was released in January, “Your Heart’s Not In It,” written by Tom Shapiro, Michael Garvin and Bucky Jones was released in August and “A Place To Fall Apart,” Written by Merle Haggard, Willie Nelson and Freddy Powers was released in October. All three of these songs spent a week at the top of Billboard’s Hot Country Chart, adding to her total of 28 Top 40 hits.

“I’m thrilled beyond words to be invited to present an Award this year at the CMA’s. As the show is watched my millions of viewers, I can once again connect to the industry on a special night of entertainment,” said Fricke. “It reaches out to the many generations throughout time, and touches all with great music and memories. I am so proud to have won CMA Female Vocalist two years in a row, and thrilled that one is on display at the Country Music Hall of Fame and Museum, along with the costume I wore while performing for President Reagan, at Camp David. These memories are priceless and hard to believe! Blessings from above!”

Suggested Tweet:
#JanieFricke to present at @CountryMusic awards on 11/13 & celebrates 35th anniversary of 3 #1 hits and latest album ‘It Ain’t Easy’