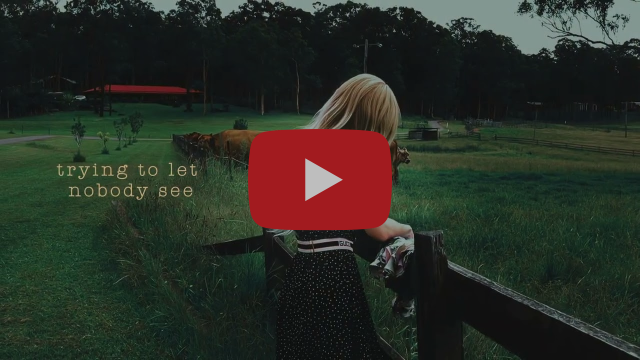 “Rebound” Available to Download and Stream on All Digital Platforms Now

NASHVILLE, Tenn. – Country singer/songwriter JD Reynolds takes a walk down memory lane with the release of her lyric video for her latest single, “Rebound.” Reynolds is pictured strolling along on her beautiful property in Australia, holding her dress and high heels that once used to mean so much to her. Eventually leaving them behind, Reynolds realizes the only way to move on is to let go. The “Rebound” lyric video was premiered by Center Stage Magazine and the single is available to download on all digital platforms!

“I’m super excited about the release of the official lyric video for my new song ‘Rebound’,” shares Reynolds. “This song is proof that after a breakup, you can rebound yourself back to life. It’s about finding the strength to pick yourself up, dust yourself off, get back on the horse and look forward to new beginnings. The ‘Rebound’ official lyric video was filmed at home in my beautiful country of Australia, featuring me and the cows “pondering exactly what to do” to rebound back to life.”

Recognizing the heartache of a bad breakup but not forgetting her worth, “Rebound” encourages listeners to get up, scope out the world around them, and live their best lives. Reynolds is able to turn a rough situation around and look on the bright side, all while maintaining poise and building self-assurance. Fans will not want to miss this high-energy single and everything rising star JD Reynolds has planned!

To keep up with future events and everything JD Reynolds, follow the social channels linked below.

About JD Reynolds:
A true singer, a real songwriter, a neoteric producer, an incredible dancer, and a striking performer, all wrapped up in a stunning package that could grace the cover of any magazine in the world, and yet, her down to earth country girl charm is what makes this extraordinary artist so real. JD’s sound is fresh originality for country music. “My entire album came to me like a bolt of lightning, the JD sound, my sound, respecting country music roots yet having my own next level twist”. As an up and coming producer, JD teamed up with seasoned producer Braddon Williams to co-produce what country music insiders have nicknamed “The Jagged Little Pill of the Country”. Braddon has achieved more than thirty top-ten hits, amassed over thirty times platinum in record sales, and his work has received both Grammy and ARIA award nominations, credits include Beyoncé, Snoop Dogg, P Diddy, The Script, Kelly Clarkson, and his latest favorite, JD Reynolds!