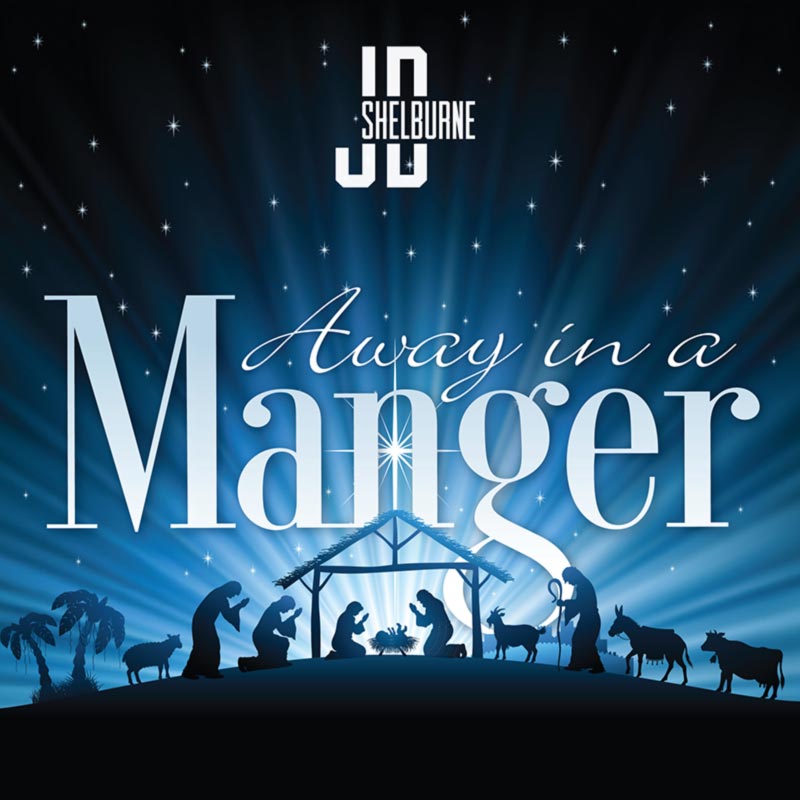 “Away In A Manger” Premiered by The Boot

NASHVILLE, Tenn. – Country music singer-songwriter JD Shelburne continues to spread the holiday cheer with his latest Christmas single, “Away In The Manger.” Being a fan of the season’s classic standards, Shelburne went into the studio to record a modern version with his own spin, adding electric and steel guitar creating a unique and fresh arrangement. “Away In The Manger” was premiered by The Boot and is available on all streaming platforms.

“There are so many classic Christmas songs, but this one has been on repeat through my entire childhood,” shares Shelburne. “Growing up in my hometown Baptist Church, Christmas music developed a strong passion in me during my early childhood years. It was some of the first songs I learned words to. ‘Away in a Manger’ is one of those. It is one of my all-time favorite songs and one I’ve known since I was a kid. I grew up singing this song in church and I know the fans will love my version. I wanted to put my own little ‘Country feel’ on this recording and I’m proud of the way it turned out in the studio. Merry Christmas y’all!”

To view Shelburne’s premiere with The Boot, visit HERE.

Shelburne also recently showed off his sentimental side with his new rendition of the timeless classic “The Christmas Song (Chestnuts Roasting On An Open Fire).” Shelburne chose to release this as his first single for the holidays as a symbolic memory of growing up in Taylorsville, Kentucky on his family farm, where the house was filled with love. With Nat King Cole on the record player and his brother by his side, memories were made that continue to impact his life now as a father. “The Christmas Song (Chestnuts Roasting On An Open Fire)” was premiered by Taste of Country and is available now on all streaming platforms.

To view Shelburne’s premiere with Taste of Country, visit HERE.

Shelburne continues to make positive impressions in the music industry with his most recent album Straight From Kentucky which reached #9 on the iTunes charts in 2021, and features from CMT, GAC, People, Newsmax, and NBC. His single “Hometown in My Headlights” climbed to #2 on the CMT 12 Pack Countdown and reached #46 on the Music Row Country Breakout Chart. The fan-favorite song was written by Tommy Cecil, Brandon Ray & Jared Mullins, and produced by O’Donnell. His current single “The Road I Grew Up On” was premiered by Heartland TV and CMT.com and continues to be a fan-favorite at every show. Shelburne has a multitude of tour dates listed below that you will not want to miss!

Listen/stream/buy “The Road I Grew Up On” HERE.