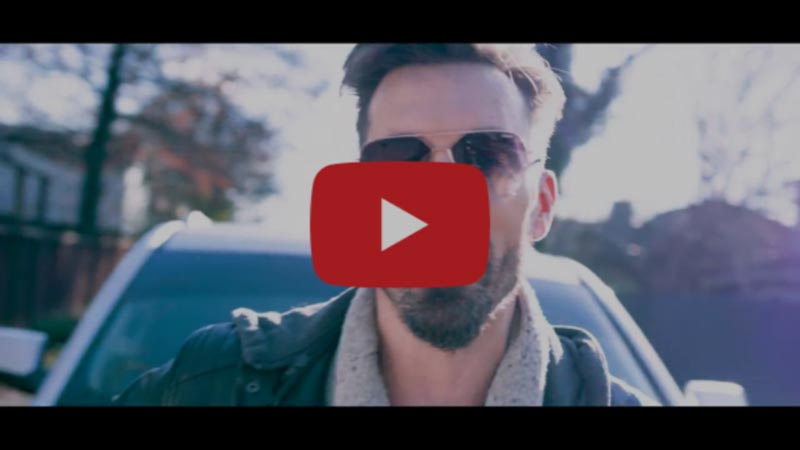 NASHVILLE, Tenn. – Country music singer/songwriter JD Shelburne shows off his playful side with the release of the music video for “Fine By Me,” off his current album Straight From Kentucky. Shelburne is pictured strapped with an acoustic guitar, carrying out the song’s affectionate lyrics of being proud to be seen next to his beautiful counterpart. Whether they’re spending the night on the couch or getting dressed up for an evening out, Shelburne proves that beside every great man stands an equally amazing woman. The “Fine By Me” music video was premiered by Sounds Like Nashville and is available to download and stream on all digital platforms now!

Listen/stream/buy “Fine By Me” HERE.

To view Shelburne’s premiere with Sounds Like Nashville, visit HERE.

“When I first heard ‘Fine By Me’ I knew it was written for my voice,” shares Shelburne. “I am living this song and it is one so many can relate to. The melody and lyrics are right in my wheelhouse, and I was honestly shocked it had not been recorded. ‘Fine By Me’ was one of the first songs I tested online during the pandemic and fans went crazy over it, plus my wife absolutely loved it. I knew it was a special song from the moment we recorded it in the studio. I am excited for the fans to see the new video!”

Shelburne continues to make positive impressions in the music industry with his most recent album Straight From Kentucky which reached #9 on the iTunes charts in 2021, and features from CMT, GAC, People, Newsmax, and NBC. His single “Hometown in My Headlights” climbed to #2 on the CMT 12 Pack Countdown and reached #46 on the Music Row Country Breakout Chart. The fan-favorite song was written by Tommy Cecil, Brandon Ray & Jared Mullins, and produced by O’Donnell. Shelburne has a multitude of tour dates listed below that you will not want to miss!