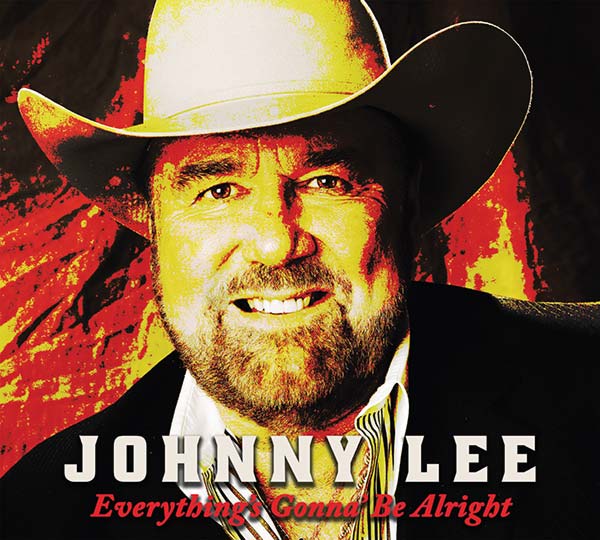 NASHVILLE, Tenn. – Country legend Johnny Lee, known for his dynamic stage presence and No. 1 smash crossover hit “Lookin’ for Love,” has released the new single and title track “Everything’s Gonna’ Be Alright” from his upcoming album which will be released by BFD/Audium Nashville distributed exclusively through The Orchard on February 12, 2021.

Everything’s Gonna’ Be Alright consists of fourteen songs, some written or co-written by Johnny, that he has saved throughout the years for the perfect album that truly reflects his life and legacy. Lee also wanted to include “Statue Of A Fool,” which was the first country song he ever learned. A special lyric video for “Everything’s Gonna’ Be Alright” premiered on Taste of Country and is available on all streaming platforms.

To watch the lyric video for “Everything’s Gonna’ Be Alright” visit HERE.

“The last few years have had some major ups and downs in not only my life but in the whole world,” says Johnny Lee. “Music brings us together and gives us peace of mind like nothing else. Throughout my entire career, I have worked hard to record the best music possible and while creating this album, that was the entire goal. This is a hard world we are living in, but I want everyone to know that Everything’s Gonna’ Be Alright. I believe it so much so, it is the title track and first single on my new album. This is my legacy and I can’t wait to share it with you.”

Last year marked the 40th anniversary of the hit movie Urban Cowboy, which changed the dynamics of country music and catapulted it to the next level in pop culture. As part of the celebration, Johnny Lee reunited with Mickey Gilley for the Urban Cowboy Reunion Tour. In November at the 54th Annual CMA Awards in Nashville, both were recognized for their contributions to country music and Lee’s hit single “Lookin’ For Love” was featured and performed by Old Dominion. The Urban Cowboy Reunion Tour will continue throughout 2021.

About Johnny Lee:
Johnny Lee was born in Texas City, Texas, and is a member of the Texas Country Music Hall of Fame. In 1968, he began a 10-year working relationship with Mickey Gilley, at the world-famous Gilley’s nightclub in Pasadena, Texas. In 1979, Lee’s first screen role was in a TV movie, The Girls in the Office, starring Barbara Eden and Susan St. James. He was then asked to perform in the film, Urban Cowboy, starring John Travolta and Deborah Winger. “Lookin’ For Love,” was included on the movie’s soundtrack, and became Lee’s first Gold record. The song spent three weeks at #1 on the Billboard Country chart, and #2 on the Pop chart. It later became one of the Top 100 Best Country Songs of all Time.

Johnny’s familiar songs include a string of Top 10 hits, such as “One In A Million,” “Bet Your Heart On Me,” “Cherokee Fiddle,” “Sounds Like Love,” “Hey Bartender,” “You Could’ve Heard a Heart Break,” and many more. When not traveling and performing, Johnny can be seen on many celebrity hunting and fishing shows, as well as on RFD TV’s Larry’s Country Diner & Country’s Family Reunion. Currently, Johnny can be seen performing solo and together with Mickey Gilley on the Urban Cowboy Reunion Tour.