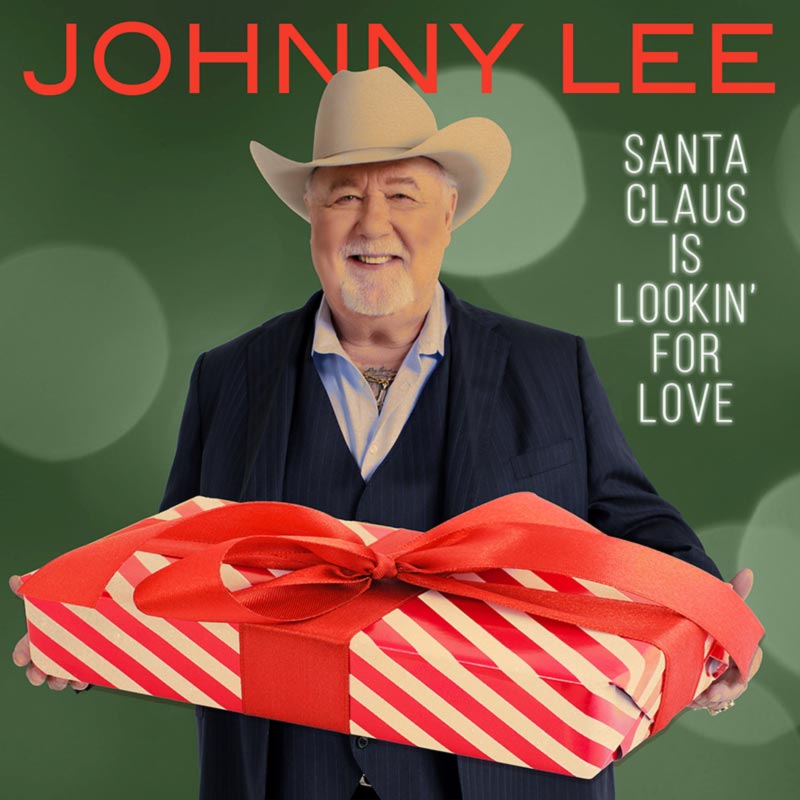 NASHVILLE, Tenn. – Urban Cowboy singer Johnny Lee is ready for the holiday season with his Christmas album, ‘Santa Claus Is Lookin’ For Love,’ which will be available on Friday, October 29 for the first time ever on all digital platforms. Physical copies are also available at Amazon.com. Released by BFD/Audium Nashville and distributed exclusively through The Orchard, the album title track, “Santa Claus Is Lookin’ For Love,” brings festive cheer and joy to every listener. The playful tune describes how Santa Claus needs more than just milk and cookies to satisfy his constantly giving heart, he needs love too! Lee adds his country charm to unique takes on classic Christmas songs including a medley of favorites known around the world, as well as upbeat originals such as “Bayou Christmas” and “Red, White, And Blue Christmas.” The album is the perfect mix of both traditional and fresh yuletide tunes.

“Santa Claus can’t survive on milk and cookies alone. He needs Mrs. Claus by his side and I may not know why he’s single now, but I want to do all I can to help him fix the issue,” chuckles Johnny Lee. “Christmas is my favorite time of year and now my Christmas album is available on all digital platforms for the first time!”

Lee recently gave audiences a delightful surprise with the release of Everything’s Gonna Be Alright, his first new album in five years. Lee proves that his classic style will never get old, as every song is just as heartwarming as ever. Through the stirring instrumental and the heartfelt lyrics, the title track reminds all of us that we can make it through whatever challenges life may bring. That warm and loving feeling is one that Lee continues to deliver in each project he releases, and it is certainly present in his ‘Santa Claus Is Lookin’ For Love,’ Christmas album.

About Johnny Lee:
Johnny Lee was born in Texas City, Texas, and is a member of the Texas Country Music Hall of Fame. In 1968 he began a working relationship with Mickey Gilley at the world-famous Gilley’s nightclub in Pasadena, Texas. In 1979, Lee’s first screen role was in a 1979 TV movie ‘The Girls in the Office’ starring Barbara Eden and Susan St. James. He was then asked to perform in the Urban Cowboy film, starring John Travolta and Debra Winger. “Lookin’ For Love” was included in the movie’s soundtrack, and became Lee’s first gold record. The song spent three weeks at #1 on the Billboard country music chart, and #2 on the pop music chart, later becoming one of their Top 100 Best Country Songs of all Time.