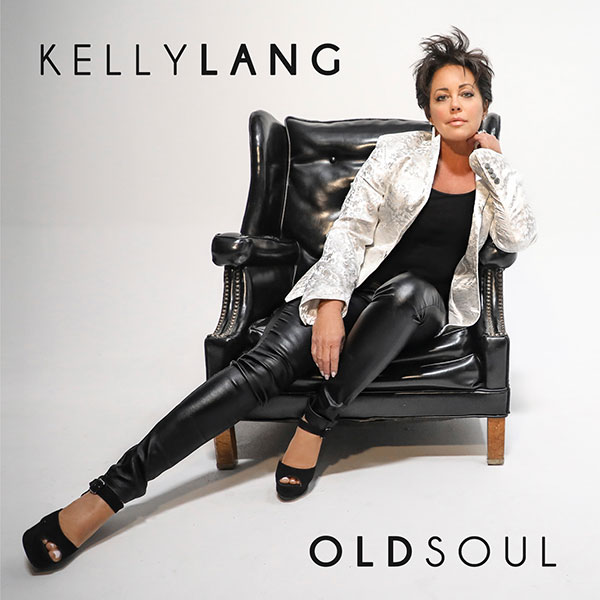 NASHVILLE, Tenn. – The stage is set as singer/ songwriter Kelly Lang draws the curtains and starts the show with the release of her highly anticipated album, ‘Old Soul”. Surviving the tests of time, these serendipitous spins on popular classic hits of the 70s and 80s brush the dust off of a time capsule to uncover the feel-good intent of simpler times. ‘Old Soul’ dances into the scene with unrivaled grace and distinctive dynamic, transporting listeners back to music’s greatest era. ‘Old Soul’ is available to download and stream on all digital platforms.

“When I was recording my new album ‘Old Soul,’ I chose songs that brought me back to a simpler time. These songs are woven into the tapestry of our musical lives. My hope is that the listener will also be able to reminisce and be transported back to great memories while enjoying these classics with a new twist,” shares Lang.

The beauty of ‘Old Soul’ is manifested when Lang uses the power of music to turn the key that unlocks bliss within hearts across the world. The new album gives fans the opportunity to relive the magic that was first felt when listening to the original singles.’Old Soul’ features 14 covers of critically acclaimed songs and highlights Lang’s rare love and appreciation for the timeless classics. The album is sponsored by Springer Mountain Farms Chicken.

From writing and performing to producing her own music, Lang remains bold in her pursuit to deliver light to listeners and spread hope in times of need. Audiences of all ages are drawn to the sultry magnetism and positive charisma that flow from Kelly’s eclectic energy and passion for her craft. The show has just begun as Kelly Lang stars with her ‘Old Soul’ to bring a one-of-a-kind listening experience to all!

Leading up to the release of ‘Old Soul,’ during an appearance on Coffee, Country & Cody live on WSM and Circle TV, Lang was surprised with Proclamations from both the City of Nashville and her home town of Oklahoma City, declaring September 18, 2020, officially ‘Kelly Lang Day’. Both of these honors are coinciding with the release of her new album.

“I never saw this coming,” says Lang. “What a fun and humbling honor. I loved Charlie Mattos’ suggestion that Southwest Airlines should let me fly free several times today from Nashville to Oklahoma City. That would be hilarious.”

What music legends are saying about ‘Old Soul’:
“Kelly Lang is one of those artists who believes totally in the music she makes. Her new album entitled ‘Old Soul’ is a fine selection of songs that have meant something in her life and in her heart. Sentimental and romantic, two words missing in popular music today. As always she delivers with class and purity! This is one of the best!!!” – Sir Barry Gibb

“From the moment I put on Kelly’s CD, I smiled! You know when you hear a song on the radio and you have to turn it up so you can hear it properly? That’s what I felt about this whole CD! From the first song to the last, I kept smiling! A wonderful selection of popular songs perfectly suited to Kelly’s beautiful and unique voice. She can sing anything from country to jazz to rock! I love how she switched Mrs. to Mr. Jones in the song “Me and Mr. Jones”. Kelly’s voice is warm and inviting, sharing her heart in every song- and I love that she sang the only duet with her talented husband T.G. Sheppard!” – Dame Olivia Newton-John

“Kelly Lang’s new cd ‘Old Soul’ is fabulous. These classic songs have just been waiting for Kelly’s soulful and emotional vocals. She is a singer who makes you feel that she believes everything that she is singing. And after all, that’s the point, isn’t it? The duet with T.G. Sheppard is a special moment. Kelly has always been one of the great voices of our time and this classic cd, ‘Old Soul’, proves that she still is. Just a beautiful vocal performance as always.” – B.J. Thomas

“Wow! Kelly Lang’s new album ”Old Soul’, a collection of songs ranging from the 60s-90s is phenomenal and has quickly become one of our favorites! Kelly’s voice is fantastic and she delivers each song like she wrote it herself. Thanks for including the timeless voice of T.G. Sheppard as a duet with the track Quando Quando Quando – so smooth! Kelly is a gifted singer with great pitch and feel. Kelly’s voice along with each song is more magical than the one before! Kim and I will be listening to this album on repeat at our house for a long time.” – Lee Greenwood

“Listening to Kelly Lang’s beautiful mellow voice is like curling up by the fire with a good book and a cup of hot chocolate.” – Mac Davis

About Kelly Lang:
Kelly Lang is a prolific singer/songwriter from Oklahoma City, Oklahoma, who has called Hendersonville, Tennessee home since moving there as a child. Growing up in country music, her father, Velton Lang was the long time road manager for superstar Conway Twitty. Being around great legends in the music business gave Kelly the burning desire to pursue her own personal music career.

As an artist, Lang has released several albums including ‘11:11,’ ‘Shades of K,’ ‘Throwback,’ ‘Obsession’, and ‘Iconic Duets’ with husband, T.G. Sheppard. In the spring of 2020, Lang re-released her classic children’s album ‘Lullaby Country,’ which was originally sold at Cracker Barrel.

While being interviewed by Governor Mike Huckabee about her career in country music and her upcoming album, ‘Old Soul’ available on September 18th, Governor Huckabee surprised Lang with a trophy signifying a special induction into the Oklahoma Music Hall of Fame.