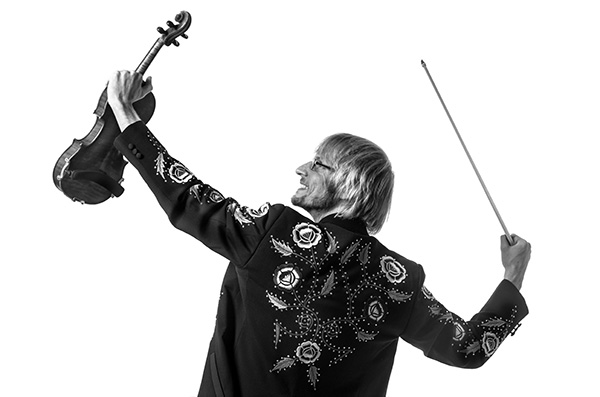 Tune-in alert: Dillingham to interview with Devon O’Day on WSM radio’s “Nashville Today” on July 24 at 10 am CT.

NASHVILLE, Tenn. – Americana and bluegrass fiddling phenom Kyle Dillingham is thrilled to announce he will be making his debut as a guest artist on the Grand Ole Opry on Wednesday, July 24. Dillingham, joined by his band Horseshoe Road, will give a two song performance, and introduced to the stage by Grand Ole Opry and Country Music Hall of Fame members, the Oak Ridge Boys.

“Equally exciting and noteworthy as this Opry debut is the news that the legendary Oak Ridge Boys are going to be introducing me to the stage! My relationship with the Oaks is very special to me. It is also a great joy to know I will be performing with my band, Horseshoe Road, and have a chance to share this incredible experience with my dear friends and musical collaborators, Peter Markes and Brent Saulsbury.”

Kyle is often referred to as Oklahoma’s Musical Ambassador, having performed in 40 countries internationally as a solo artist, and eight countries internationally with his band Horseshoe Road. They recently completed their second American Music Abroad tour, traveling and performing throughout Kuwait and the Republic of Kosovo. Dillingham and his band were selected from a pool of over 300 artists, and were one of only 15 artists selected to perform in the program sanctioned by the U.S. Department of State.

Excited about the opportunity to return to Nashville to perform on Bluegrass and Country music’s biggest stage, Dillingham commented, “In all the excitement, it can be easy to lose focus. But I hear the voice of my manager, Jim Halsey, reminding us all that we have another great opportunity to change peoples lives with our music. And if even one person is inspired, encouraged or healed by our performance that night, then this Opry debut with my band will be a tremendous success for me.”

Tune-In Alert: Kyle Dillingham Live on 650 AM WSM’s “Nashville Today” on July 24
On July 24 at 10 am CT Kyle Dillingham will be live on-air in the 650 AM WSMstudio to chat with Nashville Today host Devon O’Day [Click here to tune-in]. He’ll discuss his upcoming Opry performance, and give an update about the Reddened Monarch Music Festival he co-founded and launched in June.

Inside Edition Features Dillingham Facebook Video Serenading a Lioness at Oklahoma City Zoo
Inside Edition recently featured a video from Kyle’s Facebook page of him serenading a lioness at Oklahoma City Zoo [Click here to watch]. The spectacle played out for several minutes to the delight of many onlookers. Dillingham described the encounter as “truly was one of the most phenomenal experiences of my life.”

About Kyle Dillingham:
Kyle Dillingham picked up the violin when he was nine, and eight years later, he gave two featured performances at the Grand Ole Opry in Nashville. Kyle is now managed by legendary impresario, Jim Halsey, who has guided the careers of many great performers including Roy Clark, The Oak Ridge Boys and James Brown. Between Dillingham’s touching songwriting, classic covers and fiddlin’ favorites, he is sure to have audiences on their feet. Dillingham has represented America internationally in 40 countries, and is the youngest ever recipient of the distinguished Oklahoma Governor’s Arts Award, thus earning him the title of “Oklahoma’s Musical Ambassador.” He’s also performed for many governmental leaders including the Japanese, Thai and Saudi Arabian Ambassadors to the United States. Through his musical diplomacy, Dillingham has serenaded the King of Malaysia, the Princess of Thailand, and performed during Singapore’s National Day Celebration. His performance at the Beijing Central Conservatory was broadcast on Chinese national television.