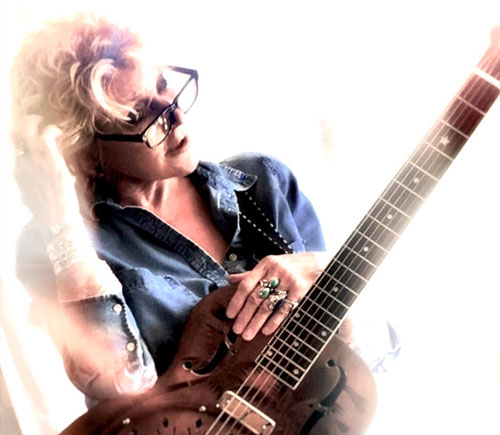 “Crazy Blue Eyes” launched her career in 1979, and remains a fan favorite while continuing a busy tour schedule

NASHVILLE, Tenn. – Country hit-maker Lacy J. Dalton is celebrating her 40th anniversary in country music, and of her hit single “Crazy Blue Eyes” released in the fall of 1979. Lacy J. Dalton gained prominence in the late 1970’s as one of the fastest rising stars. With the launch of her first single “Crazy Blue Eyes,” Dalton saw her career rise as the song broke the U.S. Hot Country Charts in 1979, and eventually became a Top 20 hit while on rotation at radio stations throughout the country. After the release of “Crazy Blue Eyes,” Lacy J. continued her streak in country music with “Takin’ It Easy” and “Everybody Makes Mistakes,” before releasing her signature song, “16th Avenue,” all four reaching the Top 20 on Billboard’s Hot Country Songs.

“In 1978, Mary McFadden, my longest friend since we were 7, was at my cabin in the Santa Cruz mountains recovering from a divorce” recalls Lacy J. Dalton. “I had gone downstairs and put on a pot of coffee, and as I was writing the song, I realized that my friend Mary was in the perfect state of mind to write it with me. We originally called the song “Letter to Mamma” and magically it was the song that attracted offers of record deals from almost every major label, and interestingly even from Mick Jagger. Billy Sherrill and his partner Al Gallico moved the quickest and signed me immediately to CBS records in June 1979. I’m so glad Billy was my first producer because he believed in me more than I believed in myself – I really am truly grateful for that. The song went on to become a top 20 hit.”

In early 2019, Lacy received several awards from the board of Strictly Country Magazine and the Spirit Awards, including the President’s Choice award for best well written music for ‘Boundless Skies’ and their most prestigious award, the Pete Huttlinger Award for Music Excellence for the CD ‘The Last Wild Place Anthology.’

With the recently released four song EP titled Scarecrow, fans have been given another taste of new music and are begging for more. This new blend of deep, edgy music has taken Dalton’s songwriting in a whole new direction. Scarecrow was produced by Ira Ingber, who’s past experiences have included playing with Bob Dylan, Bonnie Raitt, Brian Wilson, and Captain Beefheart.

Lacy J. Dalton has surrounded herself with experienced musicians on Scarecrow, including bassist John Avila, also a renowned producer, composer, arranger, and vocalist whose credits include performing with Neil Young, Willie Nelson and Oingo Boingo, and drummer David Raven, who has recorded and toured with the likes of Keith Richards, Norah Jones, T-bone Burnett, Steve Earle, Shelby Lynne, and Lucinda Williams.

About Lacy J. Dalton:
First hitting the Country Top-20 in 1979 with “Crazy Blue Eyes,” Dalton was one of the most successful female vocalists of the format during the 80s with the CMA-nominated anthem “16th Avenue,” as well as hits like “Takin’ It Easy,” “Everybody Makes Mistakes,” “Hillbilly Girl With The Blues,” and “Black Coffee.” During her career, she has collaborated with such Country Music Hall of Fame members as Bobby Bare, Glen Campbell, Willie Nelson, and George Jones. She toured with outlaws like Hank Williams Jr. at a time when it was very unusual for a woman to do so. She also toured for a long period of time with Willie Nelson and was the only female on his “Half Nelson” album, which also included duets with Ray Charles, Merle Haggard, Carlos Santana, Neil Young and more. The album went Platinum and Lacy received a gold record for her contribution.